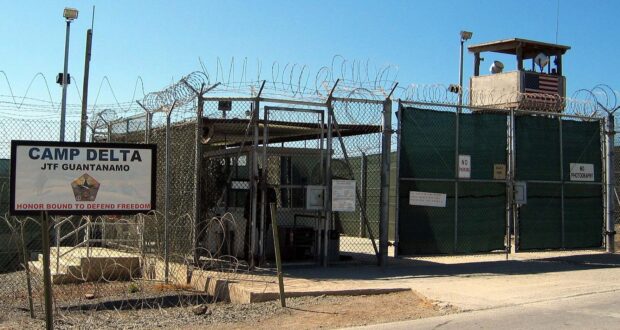 When a combatant is captured, the Law of Armed Conflict (LOAC) dictates that they must be afforded Prisoner of War (POW) Status. With this Status comes a host of rights and protections, such as protection from prosecution (known as ‘combatant immunity’), as well as an obligation for those holding the POW to provide fair treatment and humane conditions.

For a belligerent to be afforded POW Status under the Third Geneva Convention, they have to be a “combatant”. Under binding international law, the term combatant is reserved for conflicts between two or more States. This requirement means that the POW Status does not exist in civil wars or other Non-International Armed Conflicts (NIACs). Although some States are beginning to acknowledge that the term combatant should apply to belligerents in NIACs, international law has not yet expanded to legally oblige States to recognise belligerents in NIACs as combatants. On its face, this seems to be problematic – it may appear that protections afforded to belligerents in NIACs are not comparable to POW Status. However, there are two reasons why this is not the case. First, International Human Rights Law (IHRL) and LOAC already grant NIAC belligerents protections similar to those contained in the Third Geneva Convention and associated with POW Status. Second, there is often little practical difference between the way POWs and detainees in NIACs are treated in practice. Ultimately, extending POW Status is also legally impractical, and it is helpful to further illustrate why to do so would be unnecessary.

IHRL applies irrespective of whether there is an armed conflict in place. Similar to the rights in the Geneva Convention, the International Covenant on Civil and Political Rights grants every person the right to life under Article 6. Article 7 contains a right to freedom from inhuman or degrading treatment or punishment, Article 14 is the right to a fair trial, and Article 15 contains protection from extrajudicial detention. These rights should all be afforded to detainees in NIACs irrespective of whether the detaining State is a signatory to the ICCPR, as these rights are generally considered reflective of Customary International Law (CIL) – that is, they are obligatory on all States.

Similarly, under LOAC, the Additional Protocol 2 to the Geneva Conventions contains provisions outlining requirements for detainees’ treatment in NIACs. This is further supplemented by Additional Protocol 1, which is probably reflective of CIL and therefore binding on all States. Article 45(3) endows NIAC belligerents with freedom from discrimination, murder, torture, and other forms of violence. It also provides some legal protections. Finally, Common Article III of the Geneva Conventions applies to NIACS due to its reflection of CIL and stipulates that hors de combat – that is, people not in combat – must always receive humane treatment. This includes a prohibition on outrages upon personal dignity, in particular humiliating and degrading treatment.

This body of rights is already comparable to POW rights for a number of reasons. Both types of detainees’ rights are centred on a respect for honour, life and humanity. The two greatest differences to the rights on paper are thus: first, POWs are afforded combatant immunity and a right to repatriation under the Additional Protocol 1, whilst these protections are not legally afforded to detainees in NIACs. Many States have instead asserted the right to prosecute and detain unlawful belligerents, as has the UK in Serdar Mohammed v Ministry of Defence. The second main difference is the explicit nature in which POW rights are listed. The 143 articles of the Third Geneva Convention explicitly and extensively outline POWs’ rights, and the way these rights must be executed. For example, Article 12 deals with the onus on protecting POWs, and is testimony to the extensive and comprehensive nature with which the Geneva Convention deals with the content and implementation of rights. In comparison, the rights and obligations contained in Common Article III are generic and do not outline the extent to which protections apply. As such, Common Article III gives more discretion to detainers, so long as they comply with the vaguely defined standard of “humane”.

In practice, the treatment of POWs and NIAC detainees is largely comparable. This is illustrated by the US’s response to Al-Qaeda, which is the same as its response to the Taliban. The US/Al-Qaeda conflict can be characterised as a NIAC as it is between a State (the USA) and an Organised Armed Group (Al-Qaeda). On the other hand, the US/Taliban conflict should be considered an International Armed Conflict under international law, as the Taliban’s former status as Afghanistan’s de facto government means the conflict was legally between the US and Afghanistan. As such, the Taliban should be afforded POW status, whereas Al Qaeda is not entitled to this status. Yet despite the different standards for detainees and the extensive rights afforded to PWs, the US has subjected both Al-Qaeda and Taliban to physical torture in Guantanamo Bay. Furthermore, their Military Commission, which gives the US jurisdiction to press charges against belligerents committing acts violating LOAC, has prosecuted both Al-Qaeda and Taliban belligerents. Thus, rather than granting POWs combatant immunity, the US has made no distinction between POWs and NIAC detainees and demonstrated it is willing to prosecute both. This suggests that extending POW Status to NIACs is unlikely to result in NIAC belligerents actually receiving more rights.

Yet even if the status were valuable in ensuring NIAC belligerents received comparable protections to combatants, there are several legal issues with extending POW status to civil wars. Both issues involve the means through which law conferring NIAC detainees with POW status could exist. Whilst it could be argued further treaties could be implemented to extend POW status to NIACs, the inherent issue is that treaties can only be entered into by States, and NIACs necessarily involve non-State actors. These non-State actors cannot legally bind themselves to a treaty obliging parties to afford POW Status to belligerents.

CIL is also probably not going to create legal obligations to afford POW status to NIAC detainees. CIL is formed by the co-existence of opinio juris and State Practice. Opinio juris exists where there is evidence the State believed their actions obligatory due to the existence of a rule. State Practice is when many States’ general conduct is consistent with the rule. A norm of affording NIAC belligerents POW status has neither emerging opinion juris or State Practice. Instead, States appear to be moving away from recognising this principle. States are conforming to the rights in Common Article 3 as the standard of treatment for NIAC detainees. For example, Greece’s LOAC Manual explicitly mentions that NIAC detainees are not protected by the laws regulating POWs. Similarly, the US Supreme Court found in the case of Hamdam v. Rumsfeld that Common Article 3, rather than the POW obligations of the Geneva Conventions, was applicable to the treatment of detainees in NIACs. The Office of the Secretary of Defense released a memorandum ordering Department personnel comply with the Common Article 3 standards. This exemplifies how State Practice is converging around a separate standard for the treatment of NIAC detainees, rather than extending POW status to them.

The fact there are legal impracticalities in extending POW Status to belligerents in NIACs, along with the fact there is little practical difference between the rights afforded to combatants and NIAC belligerents, demonstrates that there is little point in considering whether POW Status should be extended to NIACs. The rights afforded to detainees during conflict, whilst codified in international law, have been consistently neglected in practice by powerful states like the USA. In order to ensure detained belligerents in conflicts are treated in accordance with principles of International Humanitarian Law, legal accountability mechanisms need to be strengthened to hold States to humane standards.