Home / Latest Articles / A Warning for the West: Russia Continues to Strengthen its Arctic Presence 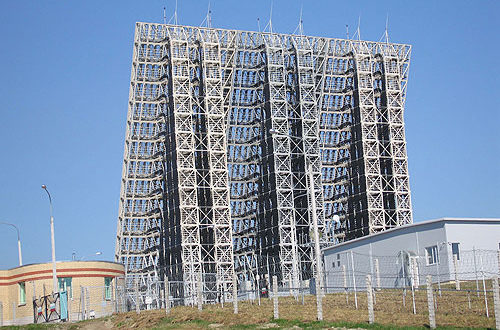 A Warning for the West: Russia Continues to Strengthen its Arctic Presence

In September, the Kremlin announced plans to establish new ‘Voronezh’ radar systems in the Murmansk Region and Komi Republic by 2022. The Russian State Armament Plan till 2020 (SAP-2020) sought to enhance Russia’s Arctic surveillance infrastructure and bolster existing early warning systems in operation in its Arctic region. While Moscow fell short of establishing the planned ten radar stations set out in the plan, seven stations were constructed and this new announcement from the Kremlin indicates that Russia remains strongly committed to upgrading its Arctic security infrastructure.

How Strong is Russia in the Arctic?

With this announcement coming at a time when Russia was conducting major drills to test the combat readiness of its strategic forces in the High North, the new radar plans appear to be indicative of the Kremlin’s enduring commitment to safeguarding its national interests in the Arctic. As the Cold War came to an end and the Arctic faded from the international agenda, much of Russia’s Arctic security infrastructure was left to atrophy. However, the Arctic’s re-emergence as an area of global significance in the twenty-first century forced Russia and the other littoral Arctic states to address a host of new security concerns that had developed in the region as a result of climate change. Receding polar ice exposed new borders and new transit routes in the Arctic, and Arctic states have been forced to address new security challenges along their northern coastlines.

While all Arctic states have moved to strengthen their northern security capabilities, Russia has undeniably taken the lead in this regard. Since 2007, when Russia planted a titanium Russian flag on the North Pole seabed, the Kremlin has persisted in strengthening Russia’s Arctic security infrastructure. Russia has renovated a large number of Soviet-era Arctic bases and has built roughly 500 new assets along its northern coastline which stretches from the Murmansk Region in the west to the far eastern reaches of Siberia. These ‘assets’ range from Border and Coast Guard facilities to military and naval bases. Along with the seven Voronezh radar systems already established, fourteen airfields have also been constructed and the Russian State Armament Plan till 2027 (SAP-2027) aims to continue this by establishing new airstrips in areas such as Chokurdy and Taymylyan.

Russia now also boasts the largest icebreaker fleet in the world. Officially, Russia now has 46 icebreakers, including four nuclear-powered ships, with more currently under construction. To put this into perspective, Canada has just seven active icebreakers at present and the United States Coast Guard has a mere five operational vessels. Furthermore, Russia’s Northern Fleet has also been the recipient of substantial investment over the past decade. Russia’s State Armament Plans have diverted increasing amounts of capital into renovating the Northern Fleet and the Fleet now has a total of 39 surface ships as of late July, 2019. The Fleet’s submarine force has also been augmented and now boasts 41 submarines, including 8 ballistic missile (SSBN), 4 cruise missile (SSGN), and 13 nuclear-powered attack (SSN) submarines. Three new Borey II-Class nuclear ballistic missile submarines are also to be integrated into the fleet in the coming years, along with three Yasen II-class nuclear cruise-missile submarines. An Arctic Brigade was also established in 2015 to organise Russian troops in the High North and plays a key role in protecting Russia’s northern coastline and escorting ships transiting across the Northern Sea Route (a 3,500 nautical mile shipping route stretching along Russia’s northern coastline).

Russia has therefore considerably augmented its military and security capabilities in the Arctic. The recent decision to construct new Voronezh radar stations in Murmansk and the Komi Republic indicates that the Kremlin will continue to strengthen its Arctic presence in the coming decade. SAP-2027 posits that the Northern Fleet will continue to receive significant investment and there are further plans to establish additional military, naval and air bases in the coming years. At present, Russia is undoubtedly the Arctic superpower.

A Warning for NATO and Arctic States?

It should be noted that the Arctic has been a stable space since the demise of the Cold War. As Global Warming has facilitated a sharp decrease in Arctic sea ice, littoral Arctic states have collaborated on a variety of ventures and projects to tap into the Arctic’s vast natural resources and safeguard the region from emergent threats. This is perhaps best exemplified by the work of the Arctic Council. The Council is comprised of the five states with Arctic territory (Russia, Canada, the United States, Denmark, and Norway) and also Sweden, Finland and Iceland, and has facilitated the signing of various inter-governmental agreements regarding Arctic preservation and search and rescue operations in the High North. Russia has been party to these agreements and the Kremlin has consistently emphasised its commitment to preserving stability in the Arctic.

Yet Moscow’s enduring commitment to strengthening its Arctic security should serve as a warning to NATO, the U.S. and the other Arctic states. Despite Russia’s collaborative track record in the High North, events in Georgia, Ukraine and Syria illustrate that the Kremlin has a proclivity to react assertively when it feels its interests are threatened.

Some experts believe that economic considerations have governed Moscow’s adherence to international law and influenced the Kremlin’s cooperative approach to Arctic governance. Exploration and exploitation of natural resources in the Arctic region is an immensely expensive undertaking and it is believed that the Kremlin needs external funding to finance its Arctic development strategy. However, as Jørgen Staun has argued, there may be a stage when Russia no longer has anything to gain from continued collaboration with the West in the High North and may deviate from its current course in the Arctic.

To prevent such a situation unfolding, Arctic states must commit to further strengthening their northern military and security forces. The U.S. recently indicated that it is seeking to intensify its presence in the High North via the publication of a new Department of Defence Arctic Strategy. While the strategy may be overly assertive at points and may generate some tension between the U.S. and Russia and China – who are described as “strategic competitors” in the region – it is a step in the right direction and illustrates that the U.S. is finally recognising the geopolitical importance of the region and the necessity for it to play a key role there. The other littoral Arctic states must follow suit in the coming decade to provide a suitable deterrence to any expansionist intent Russia may someday possess.

The Arctic has long been a space of stability and of healthy inter-governmental collaboration. It is vital that this stability endures and the status quo persists to preserve the region and ensure its stable development. Overt militarisation is not the answer and can only serve to disrupt this. However, if the Arctic is to remain a space of peace and stability, it is vital that Arctic states modernise and augment their northern security capabilities to deter any future aggression in the region and safeguard Arctic stability.