Home / Staff / Board of Directors 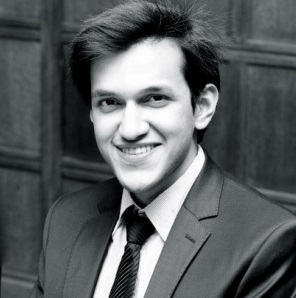 Dr Dwayne Ryan Menezes is the Founder and Director of the Human Security Centre (HSC). He is also the Director of the Commonwealth Policy Development Centre (CPDC), previously the ‘Commonwealth Unit’ at HSC that was enlarged and launched in the margins of the Commonwealth Heads of Government Meeting (CHOGM) in London to serve as a full-fledged think-tank dedicated to policy development across the Commonwealth. CPDC continues to be hosted and staffed by HSC. Dr Menezes is also the Founder and Director of Polar Research and Policy Initiative (PRPI), a London-based international think-tank dedicated to Arctic, Nordic, Baltic and Antarctic affairs, as well as energy and environment issues.

Dr Menezes has long pursued a career at the intersection of academia, policy, social entrepreneurship and the arts. In his academic career, he is a historian of the British Empire and the Commonwealth, with a focus on the role of indigenous actors in travel and exploration, imperial administration and Christian missions. He read History at the London School of Economics and Political Science (LSE) and the University of Cambridge, graduating from the latter with a PhD in History. He also served as Research Associate at the Centre of Governance and Human Rights (CGHR) at the University of Cambridge; Visiting Academic at the Centre on Migration, Policy and Society (COMPAS) at the University of Oxford; and Postdoctoral Research Fellow at Heythrop College, University of London. At present, he serves as Associate Fellow at the Institute of Commonwealth Studies, University of London, and Honorary Fellow at the UCL Institute for Risk and Disaster Reduction, University College London.

In his policy career, besides his various think-tank roles, Dr Menezes has served as Consultant to the Secretary-General of the Commonwealth, Principal Consultant to the European Parliament Intergroup on Freedom of Religion or Belief, Head of the Secretariats of the All-Party Parliamentary Group for Yemen and the All-Party Parliamentary Group for Visas & Immigration in the UK Parliament, and Research Associate to a UN Special Rapporteur. At the Commonwealth, he served as the principal historian for the official 50-year histories and reviews of the Commonwealth Secretariat and the Office of the Commonwealth Secretary-General, and continues to provide research and analysis, as and when requested, to the Commonwealth Secretariat and the wider Commonwealth family. At the European Parliament, he was the lead researcher for the Intergroup’s annual reports on the state of religious freedom around the world. Within the UN system, Dr Menezes was a member of the interdisciplinary research team at the Cambridge-based CGHR that prepared the study Unlawful Killings in Africa (Cambridge, 2014) for the UN Special Rapporteur on extrajudicial, summary or arbitrary executions. Dr Menezes served as the Principal Investigator looking into the use of excessive force in the context of mass demonstrations. Information presented in the study formed the basis of the UN Special Rapporteur’s report to the UN Secretary-General and UN General Assembly (A/69/265), and the study served as the founding document for a newly-established unit at the University of Pretoria.

Over his tenure as Director at Human Security Centre, he has served as Principal Coordinator of PRISM, a Europe-wide consortium of think-tanks and universities working to address radicalisation within the EU. He has also liaised with various governmental, intergovernmental and non-governmental actors in advancing human security and protecting and preserving cultural heritage under threat in the Middle East and North Africa. In 2014, he initiated the widely-publicised letter to Prime Minister David Cameron, calling for urgent action to protect religious and ethnic minorities under threat in Iraq and Syria, that was co-signed by the Prince of the Yazidis and several British Lords, MPs and prominent media figures. In 2015, he was one of the 25 UK delegates at the UK-Egypt High-Level Experts Meeting on ‘Preserving Egypt’s Cultural Heritage’ in Cairo organised by the AHRC (UK) and STDF (Egypt) to explore ways of combating the looting and illegal trafficking of stolen antiquities. In recent years, he co-authored evidence to the UK House of Commons Defence Select Committee inquiry into humanitarian intervention that featured prominently in the Defence Select Committee report Intervention: Why, When and How? (2014) and contributed to the HSC report aimed at informing the UK Government’s National Security Strategy and Strategic Defence and Security Review (2015), He also chaired a panel discussion in the House of Lords – hosted by the APPG on International Religious Freedom – about recognising the atrocities in Iraq and Syria as constituting genocide (2016); chaired sessions at the UN Human Rights Council and UN Business and Human Rights Forum on global supply chains in the electronics industry and human rights, as well as the impact of media on Freedom of Religion or Belief (2017-2018); and moderated sessions in the UK Parliament and the European Parliament on sport and disability in the Commonwealth and EU respectively (2018).

Under his leadership, HSC also contributed to the negotiation process and side events at the 2015 UN Climate Change Conference (COP21) in Paris that led to the Paris Agreement, whereafter he was invited by the Executive Office of the UN Secretary-General to attend the Paris Climate Change Agreement Ratification Ceremony at UNGA71 in New York as a Civil Society Observer. Until recently, he also sat on the Management Committee of the UK Polar Network (UKPN) – the UK branch of the Association of Polar Early Career Scientists (APECS). In addition, he and his colleagues have been frequently consulted for analysis and commentary by the BBC, Channel 4, Sky News, Al Jazeera, Guardian, Telegraph, Independent, Evening Standard, International Business Times, Spectator, New Statesman, DW, MSNBC, Channel News Asia, Arctic Journal, Arctic Deeply and other media outlets. Formerly, Dr Menezes also served as Researcher at the Westminster-based social policy think-tank ResPublica, as Governor of a Church of England School in London, and as Director of a development NGO in India.

Within the arts, Dr Menezes is the Founder and Director of Think-Film Impact Production (TFIP), a film production company which supports established and emerging filmmakers by producing and promoting films that address social and political issues and advance positive social outcomes. He is the Associate Producer of the Oscar-shortlisted, Emmy-nominated Canadian film My Enemy, My Brother (2015, 2017) that deals with refugees from Iraq and Iran in Canada; the American documentary COMPLICIT (2017) that looks at labour rights, global supply chains and occupational health and safety in China; the Italian-Venezuelan film La Soledad (2016) that depicts the economic crisis in Venezuela; and the South African film The Number (2017) that focuses on the numbered prison gangs of South Africa. Apart from academia and politics, Dr Menezes is passionate about travel, exploration, art, museums, heritage conservation, opera, ballet and equestrian sports. He has travelled extensively in over 60 countries in 5 continents, including Greenland and 7 of the 8 Arctic states.

Read all of Dwayne’s work. 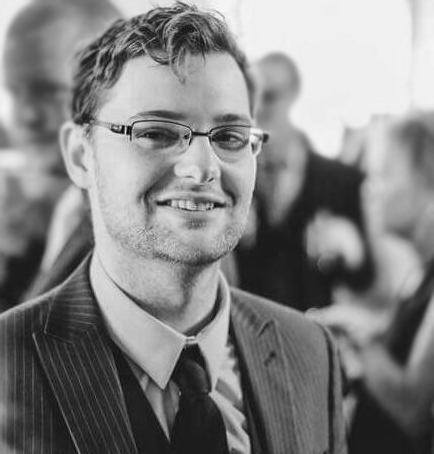 Simon Schofield is a Deputy Director of the HSC. Simon is a Conservative activist with extensive experience working both in Parliament for an MP and also as a political adviser in local government, having graduated with First Class Honours in British Politics and Legislative Studies at the University of Hull. A veteran campaigner, Simon has been a part of several successful campaign teams including Matthew Grove’s successful bid for Humberside Police and Crime Commissioner. His main research interests lie in the fields of national security, intelligence and counterterrorism, having carried out research into drone attacks and targeted killing as counterterrorism policies and completing a dissertation on nuclear terrorism.

Read all of Simon’s work. 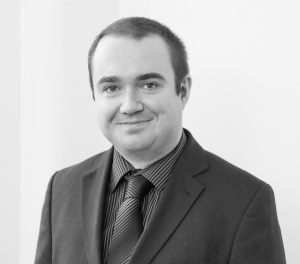 Dr Rowan Allport is a Deputy Director who leads the HSC’s Security and Defence team. Rowan holds a PhD in Political Science and an MA in Conflict, Governance and Development from the University of York, as well as a BA (Hons) in Politics, Philosophy and Economics from the University of Hull. Specialising in strategic analysis and international security, Rowan’s primary areas of interest lie in the defence issues in and around the NATO region, interstate conflict and US foreign policy discourse. He is also the lead author of HSC’s Fire and Ice: A New Maritime Strategy for NATO’s Northern Flank report. Rowan’s publication credits include articles and commentary in The Diplomat, The Hill, DefenseOne, RealClearDefense, The Strategist, UK Defence Journal, Politics.co.uk and The National Interest. He has previously worked as a lobbyist for the Whitehouse Consultancy in Westminster, and as a Senior Analyst for RAND Europe’s Security, Defence and Infrastructure team.

Read all of Rowan’s work.