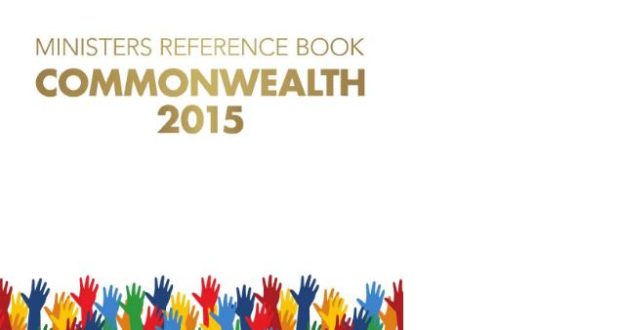 In December 2014, HSC Director Dr Dwayne Ryan Menezes was appointed Consultant to the Secretary-General of the Commonwealth, HE Kamalesh Sharma.

The Commonwealth Ministers Reference Book is a report aimed at fostering sustainable economic, social and environmental development across the Commonwealth family of nations, featuring perspectives from some of the world’s leading commentators. In 2015, the invited commentators, alongside Dr Menezes, included the President of Kenya; the Prime Ministers of Canada, Malta and Singapore; Cabinet Ministers of Australia and the Bahamas; current and former Secretaries-General of the Commonwealth and the United Nations; Directors of the IMF, WEF, UNESCO and UNCTD; and at least 2 Nobel laureates.

Commonwealth 2015-03-10
admin
Previous: Playing with Fire in the 2015 Nigerian Presidential Election
Next: Humanitarian Crisis in the DRC: Interview with Patrícia Soares