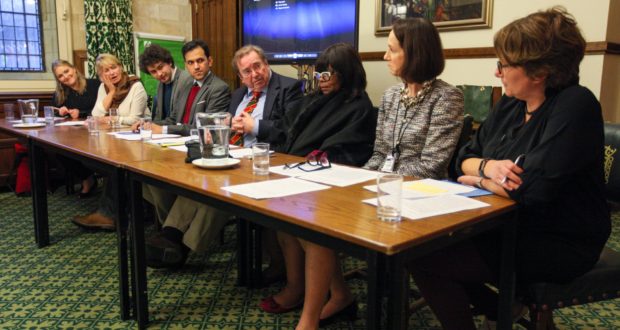 The Commonwealth Policy Development Centre (CPDC), a full-fledged Commonwealth-focused think-tank hosted by, and emerging from, the Commonwealth Unit at the Human Security Centre, has held its inaugural event: ‘The Commonwealth, Sport and Disability’. The occasion, which took place in the Palace of Westminster, focused on the both the role that sport plays in the Commonwealth and that the Commonwealth has played in the development of the international para-sport movement. The event was held in partnership with Think-Film Impact Productions, an impact-driven film company that supports both emerging and established filmmakers to produce and promote films that advance positive social outcomes. It took place against the backdrop of the 2018 Commonwealth Games, which are currently taking place on the Gold Coast of Queensland, Australia; and in the run-up the 2018 Commonwealth Heads of Government Meeting, which is taking place in London from 16-20 April.

The event featured a screening of the film ‘The Energy Within’, directed by Samuel de Ceccatty and produced by Manon Ardisson and Paul Jibson. The film is based on the experience of the New Zealand-born Canadian track and field Paralympian, Stefanie Reid, who competes for Great Britain. It was followed by a panel discussion on both the issues the film raised and the wider subject of the Commonwealth’s role in the para-sports. The exchange was chaired by Lord Chidgey, the Co-Chair of the Commonwealth All-Party Parliamentary Group in the UK Parliament and the Chair of the Commonwealth Policy Development Centre (CPDC). The panellists were: 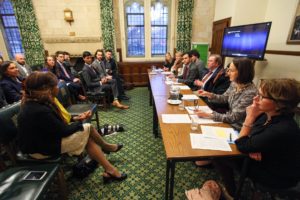 Amongst the many issues discussed, the panel and the audience members explored how technical assistance provided by the Commonwealth Secretariat, programmes and policies of Commonwealth member states, and the full integration of para-sport in major sporting events such as the Commonwealth Games can make cities and nations across the Commonwealth more inclusive of people with disabilities.

The film ‘The Energy Within’ can be viewed here.

If you would like more information on the CPDC, please contact HSC Senior Fellow Dr Rowan Allport via rowan.allport@hscentre.org 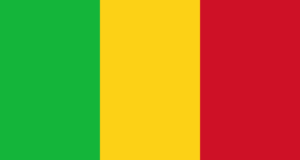 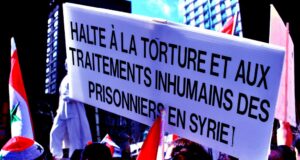