Home / Iraq and Syria / Will Britain ever intervene again?
World leaders have never had to undergo such levels of pre- and post-conflict scrutiny as they do now.

Will Britain ever intervene again?

Chilcot inquiry headlines were heavily critical of Tony Blair for Britain’s part in Iraq, a campaign undoubtedly imperfect in its execution, particularly after the Saddam regime’s collapse. But Blair was right to point out some of the main flaws in the report’s reasoning.

Finally, we must deal with the point that, as the Guardian put it, ‘the Iraq war inquiry has left the door open for Tony Blair to be prosecuted’. It has done no such thing. There has been not the remotest attempt at prosecution in the last 13 years, because no law has ever been broken and critics cannot even name the supposed charge. Neither will there be in future, unless there suddenly appears a tycoon with deep pockets and a high tolerance for humiliation.

Surely world leaders have never had to undergo such levels of pre- and post-conflict scrutiny as they do now. While scrutiny can be a positive and progressive control for democracy, one wonders how much value such relentless post-hoc analysis – this being the third inquiry on Iraq, after all – is actually adding to the world’s ability to protect civilian lives.

The short conclusion has to be that in future it will be harder, not easier, to save lives as Britain helped do in Kosovo and Sierra Leone. Furthermore, looking at the relative death tolls in Iraq and Syria – a point Blair also made – the case is certainly not proven that Britain did not also save thousands of lives in Iraq itself. For example, Syria, where we have not intervened, has so far suffered a death toll over 400,000, which dwarfs the official statistics on Iraq, as well as being responsible for Europe’s worst refugee crisis since the second world war. And the Saddam regime was well known as the most brutal and murderous in the region.

It is also fascinating to see how the monthly death toll in Iraq dropped sharply in the aftermath of the 2007 ‘surge’, only to rise again in 2013, after US troops had been withdrawn. Without wanting to oversimplify, a case can still surely be made for intervention generally saving more lives than it costs.

Overall Chilcot, as the Guardian’s Patrick Wintour aptly put it, ‘reads like Diary of a Mandarin’. On the one hand, you have Chilcot’s conclusions of right and wrong, as he sees it. On the other, you have the man who actually had to sit in the hotseat and govern a country, a mere 18 months after the world’s worst-ever terrorist attack.

And if someone such as Blair – an undoubted political heavyweight whether you agree with him or not – is slated 13 years on, for a decision he argues was made in the best of faith are we not collectively saying Britain will never intervene again?

That is the real question that detractors must answer, as the world slowly drifts into a new cold war era.

This was originally published on Progress. 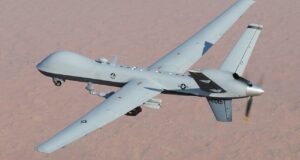 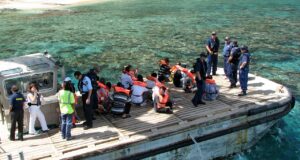