Home / Africa / Was the use of drone strikes by the Obama Administration racialised? 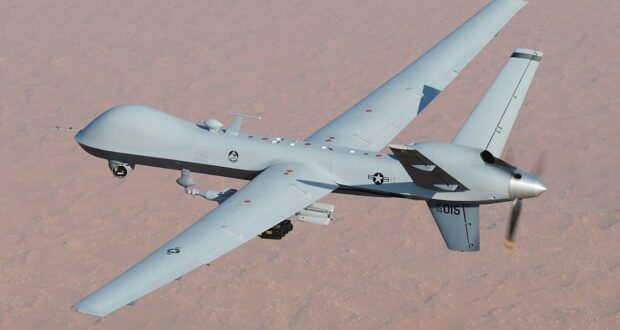 There were ten times more airstrikes in the covert war on terror during President Barack Obama’s presidency than under his predecessor, George W. Bush. The Bureau Of Investigative Journalism.

It is possible to view the drone strike programme of the Obama administration as ‘racialised’. In this context, the term refers to the language used by Obama’s White House when describing the ‘other’ (individuals from less developed states), as well as the bias algorithms utilised as part of the ‘targeted strikes’ and ‘signature strikes’ programme that often resulted in the deaths of innocent people.

The case study of Anwar al-Awlaki and his son highlights the racial aspect of the drone campaign, and helps us understand just how excessively used and relied on drones operated with racialised characteristics were in that period – potentially resulting in violations of international human rights and international law.

At the most basic level, a drone is an unmanned aircraft that does not need a human operator onboard and is able to fly under remote control or autonomous programming. Drones, in general, can be grouped into two types. The first class are typified by the Global Hawk, Wasp, and Watchkeeper which are mainly used to gather intelligence and surveillance data. These typically allow for militaries and intelligence agencies to listen in to and visually monitor the opposition. The second type are hunter-killer drones such as the Predator and the Reaper that fire missiles and drop bombs on identified targets. Although drones are argued to be inexpensive and effective for the most part, they are not entirely as accurate as portrayed by the United States government. Obama described drones as ”so exceptionally surgical and precise” that they do not endanger anyone except those targeted terrorists. This is simply untrue given that analysis has shown that out of a total of 563 strikes by drones targeting Pakistan, Somalia, and Yemen alone between 2009 and 2015, between 384 and 807 civilians were killed. Those innocent civilians were then labelled as collateral damage, with little to no accountability being taken by the United States.

The drone program was a key feature and necessary instrument of counterterrorism and foreign policy for the Obama administration. Obama was often dubbed the drone president, with his excessive use and reliance on them to find and kill terrorist leaders and groups. The use of drones and more specifically targeted killings were a cause of concern in part because the ‘ends justifies the means’ justification mirrored that given for the torture programme carried out under the Bush administration. Obama was in favour of the use of drone warfare because he argued they caused lower levels of collateral damage than sending in troops for ground operations. The use of crewed aircraft to carry out attacks also carries the risk of the loss of the personnel in the event of the plane being shot down or suffering mechanical failure – to say nothing of the stress of flying an aircraft in person distracting the pilot from giving appropriate attention to the ground target and making mistakes that lead to civilian casualties.

Although “the use of drones has in stark terms made targeted killing more efficient and less costly in terms of American blood and treasure”, there are long-term consequences. From 2009 to 2017, (covering Obama’s two terms), the Bureau of Investigative Journalism reported that there were “162 minimum confirmed strikes” in Yemen killing roughly “801-1,100” people. Furthermore, in Afghanistan there “1,306 minimum confirmed strikes” killing a reported 2,370-3,036 civilians. The potential reason why the United States does not acknowledge or consider the drone strikes in Iraq and Afghanistan is that many of these are “extrajudicial, taking place outside of official warzones…and lacking a clear International legal architecture”. This could be a possible explanation as to why they undercount or not investigate civilian death tolls after the drone strike has happened.

It is important to note that technology itself is not necessarily a neutral and objective thing. It is claimed that drones “have racism embedded in due to the influence that we humans have on  the initial input of information and wider processes, created and shaped by us. Thusly,  our own biases and beliefs can be instilled into the machinery. Algorithms supporting both signature strikes and targeted killings are designed to help identify who is a terrorist and who is not. However, as we’ll cover later in the Nasser al-Awlaki case, they are not always accurate and often discriminatory.

Similarly, the use of language and generalisation amongst drone operators, the Obama administration, and agencies were rather disturbing – one joke at the time was “that when the CIA sees three guys doing jumping jacks, the agency thinks it is a terrorist training camp”. Furthermore, the data that is collected and stored in the database essentially supplies the ‘kill list’ and is also applied to monitor and surveillance people who are showing similar traits and movements linked with being a terrorist.  Drone strikes will be ordered on this basis without always actually knowing their identities or knowing for sure that they’re terrorists. Manned or unmanned aircraft regardless of their advancements will continue to make errors and be racialized because “it effaces the fact that roughly 200 people are needed to operate drones, collect and analyse intelligence and decide targets”. Louise Amoore argues that “algorithmic war needs a target for its calculations”. In the context of the War on Terror, this dynamic has changed into “a target of opportunity that had not initially drafted or proposed”. This suggests that drone strikes in the Obama Administration were highly racialised because algorithmic bias comes into play because of the inaccurate premises of intelligence practices.

Signature strikes and targeted killings are the main formats of drones strikes. Signature strikes refer to groups of people whose actions and “location…match a pre-identified signature of behaviour that the United States links to militant activity”. Essentially, it was never known which individual was being targeted, nor often who might be placed at risk when they were struck. Therefore, due to this failure to identify and distinguish terrorist suspects despite possessing allegedly incriminating information, the state utilises force hoping to kill combatants even if civilians are in the way, blatantly violating international law.

One example was in January 2015, when there was a successful attack against an Al-Qaeda complex in Pakistan where the deputy leader of Al-Qaeda was residing. Although they were successful in targeting and killing him, the same attack killed two captives, one American and another Italian – both aid workers. Despite this, targeted killing of lone terrorist suspects was still a core strategy of Obama’s counter-terrorism policy, showing that even though this type of killing is highly racialized and its information on some people is not entirely precise, the United States will still use it for their agendas, violating both international and human rights laws. Because it fails to protect the human right to life, as outlined in Article 6 of the International Covenant on civil and political rights.

The use of drone strikes in the case of Anwar al-Awlaki violated International Human Rights Law. He was the first US citizen killed using a targeted strike by the Obama administration without being given the liberty of rights due process. Despite him at the time of his death not being on American territory, he was still entitled to the same constitutional rights as any other American citizens, including the right to free and fair trial by jury. The Obama government, however, tried to argue that his death was justifiable because he constituted a major threat to the country due to his links with the terrorist organisation Al-Qaeda. It has been claimed that the Obama administration’s targeted killing of Anwar Al-Awlaki was “an abuse of power that violated the Constitution and sets a dangerous precedent” and that the US government was hypocritical as they “did not even follow its for drone strikes which limit attacks to individuals who pose an imminent threat”.

Many in the National Security Community have misgivings around targeted killings, with concern that ”we may undermine our counter-terrorism efforts if we do not carefully measure the benefits and costs of targeted killings”. Furthermore, it is argued that the United States needs to have a “moral and legal responsibility to acknowledge its role in targeted killing and make amends for inadvertent destruction and loss of life to those innocent civilians that were in the crossfire”.

The case of Nasser al-Awlaki clearly shows the racialised aspect of drone warfare. Just two weeks after the assassination of Anwar al-Awlaki, a separate CIA drone strike in Yemen killed his 16 year old American-born son, as well as, his cousin and a few others. Nasser al-Awlaki’s death was unjust and senseless. He was not a member of the Al-Qaeda, “nor was he an inspiration as his father styled himself…nor had he gone operational”. Although Obama and Brennan supported targeted killings and signature strikes, constantly emphasising its precision and accuracy when used on the kill list. The case of Abdulrahman al-Awlaki contradicts that, because he was not on the kill list as his father was. Thus the drone program is highly racialized and discriminatory because they don’t just target ”those on the kill list, but are targeting groups of males whose identities are unknown…this practice is based on prejudiced racial profiling”, suggesting the United States does not actually distinguish who is a suspect and civilian but just group them “due to their coexistence in the same space”.

Another reason as to why the drone program is racialised and discriminatory is because it just identifies any ”military-aged males in Pakistan, Afghanistan, Iraq…as a category of unworthy life “. The drones flag these males as a threat and ‘tracked like prey’ because they are seen as animals. The boy’s death was later deemed as collateral damage by the United States with no repercussions or accountability taken.

It took for these cases to happen for the public and the international community to finally become aware of the use of the intensive use of drones the high death toll of innocent civilian casualties brushed as collateral damage. It was only then that Obama’s excessive use and reliance on drone programs were even slightly scrutinised and critiqued by organisations like the United Nations. Even then, not much was done to hold him accountable for his actions which were dangerous and set the precedent. Obama broke a plethora of international human rights laws and humanitarian laws, yet he was not sanctioned.  There needs to be more prominent transparency and honesty, evidence, and proof when it comes to the justification of the usage of drone strikes to support holding countries such as the United States accountable for their actions.

Nawal Abdisamad recently graduated from a Russel Group University in International Relations with an Upper second class. She is interested in international law, human security, foreign policy, and US politics. Nawal has worked as a charity officer, BBC interviewer, and teaching assistant. 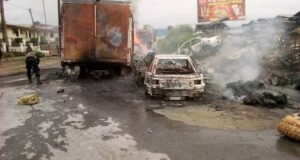