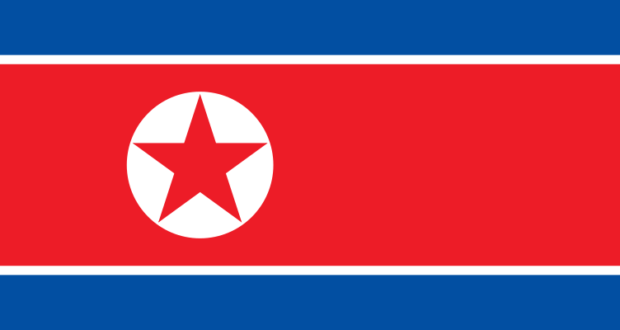 For the better part of three decades, concerns have periodically risen regarding North Korea’s nuclear weapons program. Unfortunately, for various reasons, not the least of which has been Pyongyang’s own habitual use of tests and other blackmail tactics, the international community is growing increasingly numb to the North’s actions. Sanctions imposed on North Korea have failed to achieve an end to its nuclear program. The Kim family’s reliance on its non-conventional programs to garner benefits from its neighbors will only compound the dangers. Specifically, as Pyongyang becomes increasingly flamboyant and demonstrative in its testing program, an experiment may one day fail with more marked ramifications. The most important issue in Northeast Asia for the next US administration will be determining how to respond to North Korean provocations given the failings of sanctions and poor results from applying pressure on China. Continuing to advance ballistic missile defense cooperation with Japan and South Korea, exploring missile technology opportunities with both Seoul and Tokyo, and permitting officials from all three states (the US, Japan, and South Korea) to have a more open dialogue about what a post-Kim world might look like are all opportunities worthy of consideration. Exploring these avenues to create uncertainty in North Korea is the best way to complicate Kim Jong-un’s options.

Although it may come as no surprise, the international community’s seeming disinterest in North Korean provocations – as compared to what had occurred during the 1990’s and 2000’s – and its limited response in the form of sanctions, are helping to foster a dangerous environment. Initially, tensions were so high that the Clinton Administration seriously considered military options. Today, not only has the Kim regime continued with its nuclear program, but it has also apparently made notable progress with regards to both warhead technology and delivery vehicles. Unfortunately, Pyongyang’s research and testing programs no longer produce the broad international outcry they once did. Despite continued United Nations Security Council resolutions criticizing North Korea, the lack of any apparent change on the part of the regime would suggest the current international approach has been unsuccessful. The increasingly irresolute response from the international community helps enable Pyongyang’s poor behavior; relieves responsibility from Beijing for Pyongyang’s actions; and undercuts efforts in Seoul, Tokyo, and Washington to address the North’s nuclear program.

Perhaps most seriously, the inability of the current sanctions regime to force Kim Jong-un to abandon his testing program could help contribute to a major accident. North Korea’s underground nuclear detonations have been without a major incident to date, but its missile tests hold far more potentially dangerous drawbacks due to launch trajectories. A missile test intended to traverse long distances or a space test gone awry could come uncomfortably close to another nation’s assets. Worse still, were a North Korean test vehicle to land in Japan or South Korea, unintentionally or otherwise, the public outcry might force a response. Given Kim Jong-un’s cavalier approach to security issues and to the dangers of a nuclear accident, the possibility of an above ground or oceanic nuclear test cannot be dismissed. Looking back over the North’s nuclear weapon and missile delivery programs, the steadily growing brazenness cannot be ignored. There may come a time when Pyongyang attempts a test from which it cannot easily walk back the consequences.

Considering the limited success of UNSC resolutions and lack of broader international criticism, the next US Presidential administration should consider policy shifts. The approach until now has in many ways been a bipartisan effort. During their initial campaigns, both Presidents Bush and Obama offered stark breaks with their predecessors when it came to the issue of North Korea. Yet, by the end of their administrations both gentlemen, as President Clinton had done before them, pursued opportunities to minimize the North Korean nuclear program through negotiations – notably with far more limited aims than had been the case during the Clinton era. Indeed, in all three administrations, any first term talk of regime change dissipated during the presidents’ second terms in office. Albeit understandable, the overall strategy of the last twenty-five years has yielded negative results. By setting out with a more resolute line in opposition to the Kim regime’s existence, the next administration can assert the advantage in Northeast Asia. Washington has tremendous strengths and opportunities at its disposal; it is time the US consider leveraging them.

To change the decision calculus in North Korea, Japan, South Korea, and the US should continue to invest in, if not accelerate, development of their missile defense capabilities. Enhancing and modernizing their collective defense assets will help Tokyo, Seoul, and Washington deny missile strike benefits to Pyongyang. Publicizing their advanced technologies will place greater pressure on the Kim regime to keep pace with their offensive systems. Given the fragile North Korean economy, raising the costs to maintain Pyongyang’s current missile options – specifically the probability of a successful first strike – could prove financially crippling. Placing Kim Jong-un in an even more difficult position by publicizing the advancements in combined missile defense technology will place greater pressure on the young dictator to find offsets of his own. By accelerating investments and openly discussing the policy shift, Japan, South Korea, and the US can present North Korea with a new and unique challenge.

Arguably even more impactful would be a decision by Seoul, Tokyo, and Washington to elevate investments in and public discussions of offensive ballistic and cruise missile technologies. Prioritizing spending on these systems will signal to North Korea that a missile strike from Pyongyang will be met with significant costs. Although Kim Jong-un is unlikely to respond with a missile defense system of his own due to financial constraints, this investment program may cause North Korea to move additional economic resources – ones it can ill afford to lose elsewhere – to its own missile program. Publicly discussing the ability Japanese, South Korean, and US systems have in launching a strike against the North’s assets will place additional pressure on Kim Jong-un. Tying this investment program to Pyongyang’s own nuclear and missile projects will further complicate matters for the North. Ultimately, this effort would add stress to a regime already taxed by Japan, South Korea, and US missile defense advancements.

Having accelerated the process to upgrade its missile programs – both defensively and offensively – Seoul, Tokyo, and Washington should then refocus the regional conversation on regime change. Although President George W. Bush briefly discussed such change in the DPRK in the early 2000’s, the conflicts in Iraq and Afghanistan played a large role in diminishing the administration’s options and, consequently, its credibility. The time is right for the next US President to once again begin an open conversation about what regime change might look like, how it might come about, and what a post-Kim Korea might look like. Considering the far more assertive position South Korean President Park Geun-hye has taken, particularly when compared to her early 2000’s predecessor, Kim Dae-jung, an opening exists. Given Prime Minister Shinzo Abe’s greater receptivity toward promoting Japanese interests abroad, made starker when compared to some of his predecessor’s policies, the regional alignment provides an opportunity. Simply by allowing a dialogue on regime change to occur, Seoul, Tokyo, and Washington will have an additional means with which to influence Pyongyang.

It should be noted China and Russia are likely to oppose this approach to North Korea. Given the potential implications they may both perceive as stemming from Japanese, South Korea, and US missile and missile defense enhancements, Beijing and Moscow will probably suggest that these actions are destabilizing. To counter such an argument, Tokyo, Seoul, and Washington should argue that Pyongyang’s initial decision to pursue nuclear and missile technologies set the region on this path. Furthermore, should China and Russia desire a reduction in joint action from Japan, South Korea, and the US, the best option would be for them to place greater pressure on North Korea. This course of action is likely to be unsuccessful, but from an international perspective it places pressure on Beijing and Moscow.

Under the present circumstances, it should come as no surprise that responding to North Korea in the same old fashion has led to the same old results. And while Pyongyang has been given less aid in recent years, continued efforts to apply sanctions have netted a limited outcome. By taking a more forceful approach, the next US administration has an opportunity to change Northeast Asian political dynamics. Ultimately, if the recent removal of senior officials is any indication, the young dictator’s footing remains tenuous. Leveraging his youth and inexperience could push North Korea in a new, less dangerous direction.