Home / Heath / Human Security and COVID-19: On the UK frontline 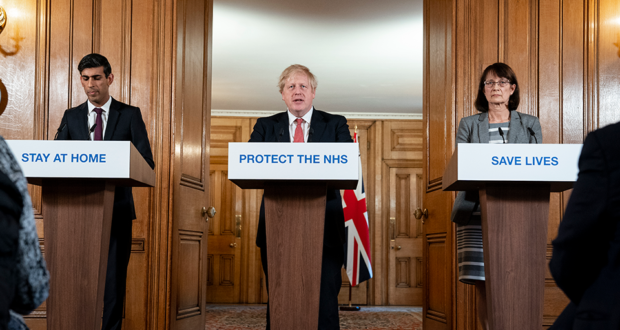 Human Security and COVID-19: On the UK frontline

The Covid-19 Pandemic has been one of the deadliest outbreaks of its kind since the Spanish Flu outbreak in 1918. This virus has claimed upwards of 6 million lives in the last 3 years, while over 400 million people have been infected and is still a threat to this day. Borders have been closed, lockdowns have been put into effect and for most people, their entire lives halted. It’s safe to say that this pandemic has changed the world that we once knew.

The NHS Test and Trace service was launched on 28th of May, 2020. The purpose of this service was to help the general public of the UK track the spread of the virus. It is essentially a central part of the government’s recovery strategy which helps identify, contain and control coronavirus.  This service was a great help to the general public, assisting them understand the virus and the restrictions that came with being infected.

I started my position with the Test and Trace service like most other agents – we were hired by an agency and worked on behalf of Serco. Thankfully, given the state of the world at the time, we were able to perform our duties while working from home.

When I first started on the lines I was performing outbound calls. My duties were essentially to call the confirmed cases or their contacts, checking to see if they needed any assistance while in isolation, answering any questions they may have had about their situation and just generally being there for them should they have needed help.

After a few months, I was transferred to the inbound calls line. This is where the majority of my experiences come from. One of the more difficult things about working for Test and Trace is that each day working on the service was different, no two days were the same. You could have one caller wanting to book a test and then the next will be asking travel advice. Although we had access to most of the guidance and information, very few situations were the same.

It’s difficult to really understand what somebody is going through just by talking to them over the phone, knowing that a majority of those who called were struggling in some sort of way, beit with the isolation itself or the symptoms.

One specific call remains with me after all these months, a lady had called asking about the testing process in regards to travel as she had a flight the next day but her NHS pass hadn’t unlocked as her isolation technically hadn’t ended due to an error on her part. I had to explain to her that she wouldn’t be able to fly. Now, this was before a lot of the airlines and insurance companies covered Covid related cancellations. She was heartbroken. She had lost thousands of pounds due to not only having had the virus but also not following the advice of the agents on the 119 helpline.

Many of the callers were entitled to the support grants which were provided by their local council, one of the agents’ many duties was to inform these callers of how to go about receiving said payment and what information they needed to claim this support. A majority of the callers who required these support payments were already in difficult financial and employment situations due to the pandemic.

Some of the more frequent calls I had received were from the older generation of the populace as they did not have access to the internet or smartphones. Most of the time it was for assistance with booking tests or collections for them, answering questions and trying to locate their results. These tasks seemed simple enough for myself, but for a generation who grew up and lived without this technology, it was basically otherworldly.

The difficult calls from this age group, in my opinion, were from those who had nobody else to turn to, with no family members or neighbours who could help them. It’s easy to take our day to day lives for granted but there is a generation of people who, during the height of the pandemic were essentially alone and just needed some form of human interaction.

Overall, my time with the service was interesting and opened my eyes to a lot of the insecurities and concerns of not only the general public, but for humans as a whole. For the majority of callers that I had the privilege of talking with, their entire lives had changed in a matter of weeks and they just needed some help to get back on their feet.

This pandemic has been quite a danger to human security. Beyond the obvious death toll and long-term health consequences, the pandemic itself threatens the very structure of most people’s day-to-day lives. It is estimated by the UN’s International Labour Organisation (ILO) that 8.8 per cent of global work hours were cut in 2020 during the height of the pandemic. Roughly, this is equivalent to 255 million full-time jobs being lost. “This has been the most severe crisis for the world of work since the Great Depression of the 1930s,” ILO chief Guy Ryder told reporters in a virtual briefing.

Another quite notable threat to human security is the virus itself, causing a great many symptoms in those who are infected, ultimately forcing them to isolate immediately to avoid transmission of the disease. In my experience with the Covid helpline, I have spoken with numerous people who had to reach out to the NHS Volunteers, a group of people who perform tasks for those who are too ill or unable to gather basic necessities for themselves. A large number of people would likely struggle and suffer, had this service not existed, leaving the infected without adequate medicines and foods.

As mentioned earlier, a great many of the calls that I had received were from the elderly or members of the populace who were, for various reasons, unable to perform the basic requirements and follow the guidelines set by the government. These people needed help from the 119 service to help them have access to even the most basic types of human security, including protection from the severe and widespread threat of the virus itself, as well as wider freedom from fear, freedom from want and the freedom from indignity. We assisted them with booking their Covid-19 injections so that they had a chance of being protected against this vicious disease, which at this point in time is a basic necessity for most. Without the efforts of the 119 service, these callers would have struggled to gain this protection against the virus.

I’m proud and happy to have helped those who I spoke with and assisted, although this is not to say that the system was without flaws. The government guidance would change almost daily with little to no warning, causing confusion amongst the agents. There was always the worry of giving out incorrect information due to sudden changes in guidance. Every call that we received was just as important as the last. Without the efforts of the NHS Test and Trace team or the 119 service, I believe the pandemic could have been a lot worse.

Image: a press comference early in the pandemic (Prime Minister Boris Johnson delivers a press conference on 20 March 2020 with Chancellor of the Exchequer Rishi Sunak and Deputy Chief Medical Officer Jenny Harries. The “Stay Home” slogan is displayed on their podiums) (Source: 10 Downing Street via OGL 3)

Nathan Woodward studied Indie Games Development at Teesside University, he is currently a voluntary developer and community manager for an online gaming community. 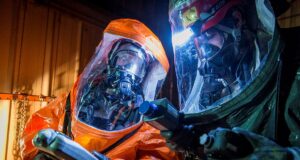