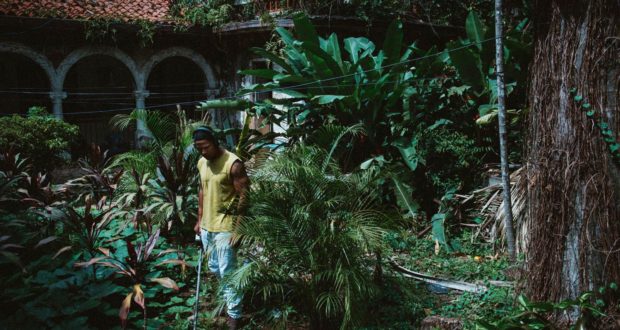 The Human Security Centre (HSC) are immensely concerned about the deteriorating economic and political situation in Venezuela. Recently, HSC Director Dr Dwayne Menezes served as Associate Producer of the film La Soledad, a vivid and intimate account of the Venezuelan crisis told through the real-life struggle of a young father trying to save his family from the demolition of their home. Now, so as to raise awareness about the ongoing crisis, we have joined forces with the team behind La Soledad to organise special screenings of the film, along with panel discussions about the current situation in Venezuela, across the UK: Cambridge (21th August), Mile End (27th August), Brighton (28th August), Liverpool (28th August) and Manchester (29th August).

Combining sharp social critique with the offbeat poetry of magical realism, La Soledad – directed by Jorge Thielen Armand and co-produced by Manon Ardisson – offers an engaging portrait of the effects of economic catastrophe in Venezuela on the daily lives of ordinary people. The film sees the director, Jorge Thielen Armand, return to La Soledad, a house in Venezuela once inhabited by his great-grandparents and now threatened with demolition. The house is dilapidated—antique portraits hang from crumbling walls and garden weeds force their way through the cracks—yet in the midst of Venezuela’s economic and political crisis it has become a sanctuary for those who live there. La Soledad not only offers a lyrical evocation of a decaying world but also opens up new possibilities for documentary cinema.

The film, which had its world premiere at the Venice Biennale, will have its UK premiere at the Institute of Contemporary Arts in London on 18th August 2017. That will be followed by special screenings across the UK, each of which will include a panel discussion convened by Think-Film Impact Production and Human Security Centre.

Our panellists for the event in Manchester, 29 August 2017, are:

In Liverpool, 28 August 2017, there will be a Q&A session with the film producers.

All of these screenings are organised in support of the charity Healing Venezuela, which provides hospitals in Venezuela with vital health-related products and currently send consignments every two weeks. £1 per ticket will go to the charity.

Should you wish to attend any of the screenings and panel discussions, you can book a place via the link below:

2017-08-13
admin
Previous: China’s Constrained Defense Budget: What it may mean for the region
Next: All Party Parliamentary Group on Yemen reconvenes after 2017 election