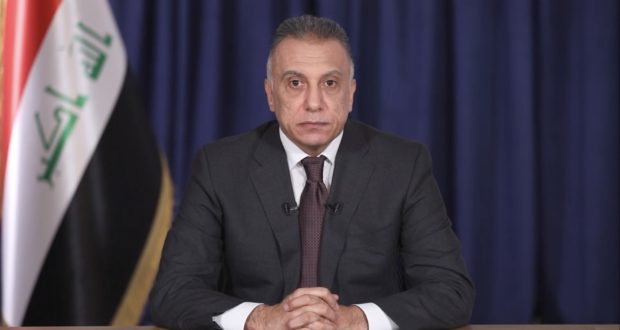 On Thursday 9th April, Iraqi President Barham Salih nominated Mustafa al-Kadhimi as Prime Minister-designate in a third attempt to name a new leader in 2020. Kadhimi, who has been the Director of the Iraqi National Intelligence Services since 2016, was named the new candidate following a consensus agreement among Shia political factions, who have traditionally kept hold of the executive in Iraq’s confessional system (‘Muhasasa’), and support from major Sunni-Arab and Kurdish political factions. The initial candidate for his replacement, Mohammed Tawfiq Allawi, was first nominated for the Premiership on 1st February. However, he failed to form a cabinet within the one-month deadline. Subsequently, Adnan al-Zurfi was nominated on 17th March. In turn, he withdrew his candidacy on the day of Kadhimi’s nomination after failing to secure support from Iraq’s parliamentary blocs – in particularly the Shia political factions.

Iraq’s leadership crisis, which has stemmed from the ongoing protests which began in October last year and have still continued following the outbreak of the global pandemic, Coronavirus (COVID-19), has kept the country busy with an internal squabble during a period of national and global instability, which includes low oil prices that are likely to bring further economic challenges to the country. Abdul-Mahdi submitted his resignation to Parliament after two months of protesting following the killing of hundreds of people by Iraqi Security Forces and Iran-backed Shia militias. The protest movement, which called for the end of state corruption, unemployment, poor public services, foreign interference (namely American and Iranian) and the complete overthrow of the political system, led to huge pressures being levelled against Prime Minister Abdul-Mahdi, who as an independent and compromise candidate among the Shia political elite had minimal control of militias that only formerly fell under state structures. Following Grand Ayatollah Ali al-Sistani’s call for Parliament to withdraw support for Abdul-Mahdi’s government, Abdul-Mahdi submitted his resignation to the assembly. This further showed Abdul-Mahdi’s over reliance on the highest level of Shia religious authority in the country due to his lacking of a parliamentary bloc that would offer continued support.

On 1st February, independent figure Mohammed Tawfiq Allawi was nominated the new Prime Minister-designate of Iraq, finally ending a two-month deadlock among the country’s political blocs. The protestors still appeared to be unhappy with the choice of Allawi, viewing him another member of the elite who had the blessing of Iraq’s main political factions. The nomination of Allawi, who served as Iraq’s Minister of Communications in both of Nouri al-Maliki’s cabinets but resigned in the space of a year on both occasions due to differences he had with the then-Prime Minister, broke tradition in comparison to his predecessors. Although initially joining the Islamic Dawa Party (of which Maliki currently leads) in the 1980s, Allawi was a part of his cousin’s (Ayad Allawi) secular nationalist parliamentary coalition that also received backing from the Sunni Arab component during his time in office. Since 2005, the premiership, which was designated to a Shia under Iraq’s unofficial confessional system, had been held by Islamist political parties with historical relations with Iran. Even Abdul-Mahdi had been a member of an Islamist party until 2017. Allawi’s nomination by President Barham Salih thus showed that the main political coalitions, namely Muqtada al-Sadr’s Marching Towards Reform (Saairun) and Hadi al-Ameri’s Conquest Alliance (Fatah), mutually agreed on his candidacy as a joint compromise figure. This was a particularly surprising move from the latter, which acts as the political wing of the Iran-aligned Popular Mobilisation Units (PMU) and had previously blocked the candidacy of figures who are not deemed close enough to Tehran. Allawi ultimately failed in obtaining a government majority following his insistence on having a free hand in making independent technocratic cabinet appointments – a move not supported by Sunni-Arab and Kurdish factions who want to choose their own representatives in government.

Following the failure of Shia political factions in agreeing on a candidate for Prime Minister, President Barham Salih unilaterally nominated Adnan al-Zurfi for the position on 17th March. Zurfi had served three terms in different periods as Governor of Najaf, including in 2004 when he was appointed by the Coalition Provisional Authority (CPA), Iraq’s transitional government under the supervision of Paul Bremer. This, including his dual US nationality and his reputation for being incredibly tough against militias, meant that he was rejected by Hadi al-Ameri’s Conquest Alliance (Fatah), who branded him a pro-United States figure. Zurfi was also rejected by protestors who viewed him as part of the political elite. He was also not independent, another demand of the protesters, as he was Head of the Victory Alliance’s (Nasr) parliamentary bloc, a coalition led by former Iraqi Prime Minister Haider al-Abadi. Iran’s new major general of the elite Quds Force, Esmail Ghaani who replaced Qassim Soleimani, assassinated by the United States early this year, visited Baghdad on 29th March in his first major political operation to bloc Zurfi’s nomination and form an agreement on a consensus candidate. With the talk of Iran’s influence in Iraq dwindling after Soleimani’s death, Ghaani had more of a point to prove in his visit. A number of days later, on 8th April, it had been announced that Mustafa al-Kadhimi, the Director of the Iraqi National Intelligence Service, had become the agreed Shia consensus candidate with full and enthusiastic backing from Sunni-Arab and Kurdish political factions. The following day, Zurfi withdrew his candidacy and Kadhimi was formerly nominated by President Barham Salih.

Although it is not entirely clear if Mustafa al-Kadhimi will be able to form a cabinet within the 30-day timeline, one thing he does have is support amongst most parliamentary factions. Kadhimi’s rise to the helm is unlike that of the previous candidates who failed to form governments; prior to his current position in the government, he had not held a similar role and has never been aligned to any political party or parliamentary bloc. Coming from a journalistic background where he was a former columnist and editor for Al-Monitor’s Iraq section, he is also likely to be more acceptable then the two previous candidates, who have for many years been much very part of the establishment. Kadhimi, an Iraq-first secular figure whose close relations with the United States meant he was never considered for the role of Prime Minister following Abdul-Mahdi’s intention to leave office, appears to have finally secured the support of Hadi al-Ameri and Iran due to him being more acceptable than Zurfi. Iran-backed Shia militia groups such as Kata’ib Hezbollah, still oppose his nomination, accusing him of having a hand in the assassinations of Qassem Soleimani and PMU de-facto general commander, Abu Mahdi al-Muhandis by the United States, claiming it is a “declaration of war against [the] Iraqi people”. Whether this changes Hadi al-Ameri’s stance is so far unclear, but with an increasingly challenging economic climate due to low oil prices and a global pandemic that needs the country’s focus, the quicker a new Prime Minister is confirmed, the better.

The intention behind securing a new Prime Minister was to take the country to early elections next year, but with the growing challenges facing Iraq, it is very possible the remainder of this term – which is expected to finish by the end of 2022 – will be completed. In the event that Kadhimi is not elected, it may be best for Adil Abdul-Mahdi to finish his term as electing another compromise candidate may be highly unlikely in the current political climate.

Image: Mustafa al-Kadhimi (source: The Media Office of the Iraqi Prime Minister/CC BY 2.5)

Nova Daban will soon complete his MA in Global Diplomacy: Middle East and North Africa from SOAS, University of London and has an undergraduate degree in Politics and International Relations. He previously worked in the Kurdistan Regional Government in Erbil and has interned at Quilliam International, where he has contributed to the online journal. Nova’s research interests include the Middle East as a whole, with special focus on Iraq, Syria, Turkey and the greater Kurdistan region. He also has a focus on Islamism and religious radicalisation (namely in Britain and the Middle East), British current affairs, culture war, identity politics, conflict resolution, extremism and international security.