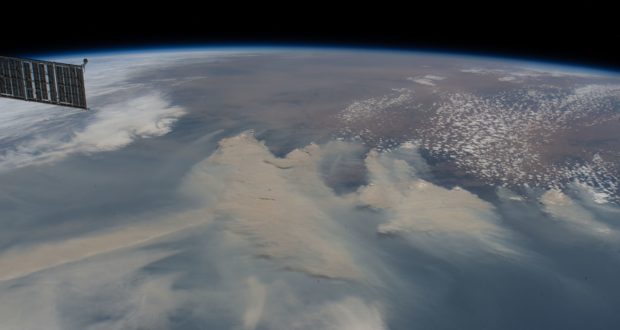 This article is a continuation of our earlier coverage of the international response to the Australia bush fires, the first part of which can be found here.

The bushfires which rampaged across parts of southeastern Australia were finally extinguished at the end of February, after more than 240 days of blazing across New South Wales. From the time the fires began in September 2019, some six months, including all summer months, passed. On 13 February, the fires were declared to be “contained”, and were fully suppressed a few short weeks later. The heaviest rainfall since early February 1990 forced an end to these unprecedented bushfires.

By the time the fires subsided, over 20% of forests in Australia were burned down. In total, in excess of 12.6 million hectares was lost – four times more than what is destroyed in an average year. 434 million tonnes of Co2 were also emitted and over one billion animals were killed in addition to 33 human lives lost. However the 11.3 million affected Australians were not alone, as all branches of their armed forces jumped into action to provide relief through Operation Bushfire Assist.

Support did not just come from the Australian Defence Forces (ADF), but from foreign countries as well. Volunteer firefighters flew in to assist their Australian counterparts, and foreign armed forces also provided their capabilities. The military contributions of New Zealand, Papua New Guinea, Singapore, Japan, Fiji, and the United States have been examined in a previous Human Security Centre article. Since its publication, both Indonesia and Canada have also contributed to Operation Bushfire Assist.

True friendship between Indonesia and Australia

On 2 February, 43 engineers from the Indonesian National Armed Forces arrived to contribute to debris and route clearing efforts in the Blue Mountains. They worked alongside the Australian Army’s 5th Brigade in New South Wales to restore essential services to that region. Commenting on the deployment of Jakarta’s forces, Ambassador of Indonesia to Australia, Yohanes Kristiarto Soeryo Legowo, said “this is the real manifestation of the true friendship that exists between Indonesia and Australia.”

In the past, the ADF has provided humanitarian aid to Indonesia multiple times. In 2004, the Indian Ocean Tsunami struck the Indonesian island of Sumatra, to which Australia responded with Operation Sumatra Assist with logistics, engineering and medical capabilities. Similarly, the ADF returned in 2005 after the 8.7 magnitude Nias Island earthquake in Operation Sumatra Assist Two. The immediate response the ADF provided on these two missions later made it possible for specialized relief organizations to take over and provide long-term assistance. Additionally, in September 2009, Operation Padang Assist was launched to help with earthquake recovery efforts in north-western Indonesia. These three examples of ADF emergency relief were undoubtedly what Ambassador Legowo was referring to when he stated that “we never forget what Australia has done for Indonesia.”

Following the act of the United States, Canada also provided Australia with fire-retardant, delivered by a Royal Canadian Air Force C-17 Globemaster III. After flying the supplies across the Pacific Ocean on 16 January towards RAAF Base Richmond, the RCAF airlifter assisted in the redeployment of another Commonwealth country, New Zealand, on 4 February. Some 15 personnel accompanied the aircraft to also take aerial photos of the fires while freeing up Australian airlifting capacity. On a civilian note, and like the United States as well again, Canada sent 100 firefighters and experts to support their Australian colleagues. Incidentally, Canada is no stranger to wildfires and its support is a show of solidarity through material means and an exchange of know-how and expertise.

On 26 March, after nearly four months, Operation Bushfire Assist was formally concluded, having competed the recovery and emergency tasks requested by local and national authorities. While Prime Minister Scott Morrison thanked the thousands of ADF members from all branches of the military who provided support in a wide range of functions, Minister of Defence Linda Reynolds – who also praised the ADF – thanked Australia’s international military partners: Canada, Fiji, Indonesia, Japan, New Zealand, Papua New Guinea, Singapore, and the United States, noting that “Their support demonstrates the strength of our relationships.”

All in all, Operation Bushfire Assist cleared over 4,850 kilometers of road, cleared and repaired over 1,285 kilometers of fences, cleared over 240 kilometers of fire breaks, produced nearly 10 million liters of drinking water for Kangaroo Island and Bega, and provided 77,000 meals on ADF bases to emergency services personnel and evacuees. The last international soldiers, the Indonesian detachment, departed Australia on 4 March. Added together, 479 soldiers and officers from these partner countries participated in Operation Bushfire Assist, supporting their Australian partners from January to March – nearly the entire duration of the ADF Operation.

Operation Bushfire Assist was ultimately the result of a so-far unparalleled natural disaster in Australia. Australia has learned through its own past emergency relief operations that such interventions require “extensive inter-force military co-operation, including cooperation with non-military agencies and foreign governments.” By receiving military support from countries the ADF has helped in the past, the contributing countries, especially regional ones, are not just showing solidarity and reciprocity, but on a geo-political level are indicating the desire to continue cooperating with Australia. The country has emerged as a regional, “middle” power since the end of the Second World War, with deep ties to global actors in an increasingly dynamic part of the world with continuously shifting geo-politics.

While Australia’s military emergency relief capabilities have undoubtedly proven to be reliable and effective, it is also growing as an economic, political and strategic power and partner to other Indo-Pacific powers such as Japan and Indonesia. Through military emergency relief Australia is demonstrating and growing its regional capabilities while learning what countries it can work with and trust in this changing world. By looking at the countries that provided support to Operation Bushfire Assist and those that did not, it may be possible to determine future inter-regional cooperation in other military and non-military areas.

Climate change will undoubtedly continue driving temperatures further up, making bushfires in Australia and elsewhere increasingly dangerous and a more frequent occurrence. Similarly, climate change will also cause other issues of contention such as the displacement of people and scarcity of resources, potentially leading to other forms of crises. Though the ADF will be called up again in the future to complete very similar tasks to Operation Bushfire Assist both in Australia and abroad, it can be sure to count on the support from its partners and allies when it does, just as they know they can count on Australia.

2020-04-26
Oliver Hegglin
Previous: Iraq names third Prime Minister-designate of the year as political squabbles drag on
Next: Football Politics: How one Kurdish club has been harassed by the authorities