Home / Cultural Heritage under Threat / Football Politics: How one Kurdish club has been harassed by the authorities 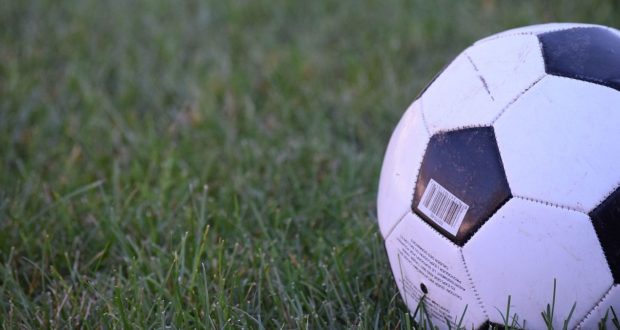 The world of football is often less about the game on the field and much more about anything that happens around it. Governments exploit the sport for propaganda, investors for reputation improvement, and sports officials for personal gain.

Just in the past few weeks, we have witnessed how Belarus has used football matches to show how everything is normal in the country ruled by Alexander Lukashenko. We have also seen how the House of Saud has made an attempt to take over the English Premier League club Newcastle United in what Amnesty International calls a blatant case of “sportswashing”. But there are also stories that tell a lot about how politics and football are intertwined that have been unfolding for years. One of the most notable is the tale of Amedspor.

Amedspor is a Turkish third division team from the eastern Anatolian city Diyarbakır, which has been in the sights of the Turkish state for some time. The club first made headlines outside Turkey when player Deniz Naki was banned for political statements for twelve games. That was in 2016, and since then, the situation for Amedspor has steadily worsened.

In February 2016, Amedspor had every reason to celebrate. The blatant outsider managed a 3-3 draw with Turkish football giant Fenerbahçe in a national cup match, but the result was only a marginal note for many. At kick-off, the Amedspor players stopped in protest against the Turkish Football Federation and did not take part in the action. That is just one example of many clashes with the authorities.

The club’s odyssey began in 2015 when the name was changed from Diyarbakırspor to Amedspor. Diyarbakır is the Turkish name, while Amed is the Kurdish name of the city where the club is based. Actually, the name Amed goes back many centuries, but it also has a strong political relevance, as it is often used by supporters and members of the Kurdistan Workers’ Party (PKK).

Since 1979, the PKK has been operating militarily in the southeast of Turkey, which is mainly inhabited by Kurds. The PKK is classified as a terrorist group by Ankara, but also by the European Union and the United States. As Amedspor has received support from Kurdish leaders since its renaming, the impression was created that the football club and the militia might be making common cause.

The general political situation did the rest, as the peace process between the Kurds and the Turkish government ended about the time the club was renamed. A phase in which the Kurdish minority enjoyed a comparatively large amount of freedom was over. Instead, Turkish security forces and PKK militias were again fighting each other incessantly. And what happened to Amedspor? It has since been subjected to harassment by the association as well as opposing teams.

In February 2016, before a match, the players displayed a banner saying: “Don’t let kids die, let them come to the matches.” Looking from the outside, it appeared as a message against the military conflicts in the country. In the eyes of the football association, it was an illegal political expression of opinion that resulted in a fine.

It was similar in the case of Deniz Naki. A German-born Kurd, the talented striker went to Turkey in 2014 after years with German first and second-division sides like FC St. Pauli and SC Paderborn. He first signed with the Ankara club Gençlerbirliği before joining Amedspor in the third division. Naki has a large tattoo on his arm with the Kurdish word for “freedom” and has been under observation by the association from the beginning. After a match in January 2016, he wrote in Kurdish on Facebook and Twitter that he would dedicate the victory of his team to all those who died and were wounded in the “atrocities going on … in our lands”. He ended the entry with the words: “Long live freedom.”

In Cizre in southeast Anatolia, Naki had seen the bodies of killed Kurds and did not want to remain silent. His contributions on social media became increasingly political. The football association considered a January 2016 entry as “terrorist propaganda” and initially blocked Naki for twelve games. Later, Naki even stood trial in a regular court and was given a suspended sentence of one year and six months. In 2018, the football association suspended him for life. Naki can no longer play for Amedspor, but the club must continue to fight for its existence.

What Naki experienced in addition to the legal battles were also physical attacks. For example, he was beaten by an opposing fan on the sidelines of a game in August 2017, and other members of Amedspor have experienced similar things. In April 2016, for example, five members of Amedspor’s coaching staff were beaten and kicked by coaches and players of the capital club Ankaragücü.

At away matches, opposing fans would often greet Amedspor’s team with nationalistic chants, as if the Turkish national team were playing against another country, Amedspor President Metin Kilavuz told the Al-Monitor. He added: “Imagine a team that goes to another city for a game and no hotel accepts it. This has nothing to do with sports. This is directed at the identity of the city that the team represents.”

Even though the fighting between the PKK and the Turkish army ended in 2017, the club is still being harassed. “Turkey is going toward a world record [in penalizing] Amedspor. Our fans are banned from away games on security grounds. Nationalist discourse, slogans, anthems and military salutes—anything incompatible with soccer is being done to us on away matches,” Kilavuz said.

To make things worse, the Turkish Ministry of the Interior has interjected itself into the situation. Minister Suleyman Soylu claims that the PKK has instructed its cadres to support Amedspor financially. An investigation has been underway since December 2019, possibly leading to the ousting of Amedspor’s management and appointment of trustees to run the club, very much in the style of its dismissals of elected Kurdish mayors.

“They sent an inspector after the interior minister’s remarks. A detailed inspection was carried out, but we have yet to receive the final report,” Amedspor’s president explained. “The collapse of the peace process and the ensuing clashes in Diyarbakir heightened the pressure on Amedspor, which is still continuing.”

According to Kilavuz, an end is not yet in sight. Neither does the club want to give in, nor will the Turkish government allow Amedspor to be operating freely. Meanwhile, in Diyarbakır, many Kurds believe that the contact with their football club is a decal of Ankara’s general contact with the minority.

Whoever believes that football is apolitical, need only look to eastern Anatolia.

2020-05-02
Constantin Eckner
Previous: Emergency relief as a geo-political power tool: Examining the International Military Support to the Australia’s Operation Bushfire Assist
Next: President until 2036? The impact of Putin’s constitutional overhaul on Russia and the World