Home / Sub-Saharan Africa / The Fall of the M23: A Renewed Approach to Intervention?
For decades the Democratic Republic of Congo (DRC) has been wracked by an intractable conflict which has displaced hundreds of thousands, resulted in numerous human rights atrocities, and launched the largest and most expensive peacekeeping mission in UN history

The Fall of the M23: A Renewed Approach to Intervention?

For decades the Democratic Republic of Congo (DRC) has been wracked by an intractable conflict which has displaced hundreds of thousands, resulted in numerous human rights atrocities, and launched the largest and most expensive peacekeeping mission in UN history – with 21,000 uniformed personnel from 50 different nations with a budget of just under $1.5bn.[1] Eastern DRC has been the site of a particularly bloody conflict. Spillover from the 1994 Rwandan genocide saw Hutu genocidiaries fleeing into eastern DRC, pursued by the Tutsi-dominated Rwandan government, seeking retribution. This spillover has been a primary factor leading to the instability in the Kivu regions.

Amongst a multitude of armed groups operating in the Congo, the March 23 Movement (M23) has received the most attention since its inception in 2012. The group consisted of former rebels from the Tutsi-backed National Congress for the Defence of the People (CNDP) who were initially reintegrated into the Congolese army (FARDC), to then later mutiny against the army. The group have received support from Paul Kagame’s Rwandan regime. The group captured Goma, the central city of the eastern province, in July 2012, encountering no effective resistance. This served as a major embarrassment for both Kabila’s regime and the UN peacekeeping force in the DRC, the United Nations Organization Stabilization Mission in the Democratic Republic of the Congo (MONUSCO), who failed to intervene.

M23’s Demise: The Failure of MONUSCO

The demise of the M23 in November[2] has led to a renewed sense of hope for tackling the dizzying array of other armed groups operating through the Congo.[3] This defeat has marked a significant turning point for a country that has long been viewed as entrapped in a state of perpetual violent warfare. The fall of the rebel group came about through a renewed effort in the fight against armed militia destabilizing the country – this renewed effort took the form of the United Nations 3,000 troop strong Force Intervention Brigade (FIB).

This task force can be viewed as a response to MONUSCO’s limitations, in that it is the first peacekeeping unit in the DRC able to adopt a more combative stance. FIB is authorized – through UN Security Council Resolution 2098 – to carry out targeted offensive operations to neutralize armed groups and protect civilians.

MONUSCO’s history in the Congo has previously been characterized by incompetency and inaction. One of the many criticisms aimed at the UN Mission is that it is limited by a mandate that has more of a defensive than protective role for citizens – it limits their ability to intervene for the protection of civilians.

The vast scale of the DRC’s territory is often underestimated, with its challenging terrain including swathes of dense jungle environment. MONUSCO have often had to work with a poorly trained, a poorly funded, and a poorly equipped state army, who often have themselves been perpetrators of human rights abuses and sexual violence against their own people.

Furthermore, MONUSCO has been limited by the very culture of international peacekeeping which has been inclined towards a macro-level, top down approach. There is a great need for a shift from this approach to understand local context and the cultural, social dynamics of conflict. Grassroots peacebuilding looks at the capacity of existing local organizations to participate in peacebuilding initiatives within their own conflicts – these are groups and individuals who have a deep understanding of realities on the ground in their own communities.[4]

M23’s Demise: The Success of the Force Intervention Brigade

It is important to note that by the time FIB was deployed, M23 had already begun to weaken from its previous position as a coherent, organized rebel army. This was due to internal rifts and defections undermining unity. Another setback was that Rwanda was beginning to curb its support for the rebel group, under international pressure following the emerging evidence of Rwandan assistance to the rebels.

The success behind the M23 defeat lies in a combination of new decisive leadership and a fresh approach to dislodge the rebels from their strongholds. This fresh approach saw a successful partnership between MONUSCO and FARDC forces, the latter of which were previously poorly disciplined with low morale. Improved logistics and intelligence greatly aided the fight against the rebels. For the first time there was a three-front war against the M23 – a southern, western and northern front aimed to surround strongholds and force M23 to split its forces.[5]

New leadership of FARDC and MONUSCO forces were crucial in the success of this intervention. The new appointment by President Kabila of Major General Bahuma Ambamba to the North Kivu’s 8th Military Region has contributed to an improved discipline, training and morale of troops. This is crucial as the national army’s reputation has been stained by their ill-discipline and record for violence against civilians. The rejuvenated FARDC forces better utilized the UN’s air and artillery assets, and troops were now more tactically placed. The UN’s newly appointed Lieutenant General Carlos Alberto dos Santos Cruz has also been praised for his decisiveness and pro-active stance. Wary of the criticism the UN have historically faced as being unable to act in the face of rebel aggression, General Carlos’ commitment to a more pro-active stance has been evident from day one: “We are going to protect the civilians, eliminate and neutralize the threats…We are not going to wait for the threat to come here against the civilians.”

The FIB and FARDC’s recent success has sent a clear message to other armed groups about their new capability, cooperation and organization – a number of armed groups are reported to have already “start[ed] to surrender and express willingness to integrate into the Congolese army and police.”[6] However, achieving long lasting security in the Congo is not yet guaranteed through the M23 defeat alone, the DRC government and MONUSCO face a host of other challenges.

The myriad of armed groups operating in the Congo pose a serious security issue; some estimate there to be 50+ armed groups scattered over vast territory, some of which include the Democratic Forces for the Liberation of Rwanda (FDLR), Islamic Alliance of Democratic Forces (ADF-NALU), Rai Mutomboki and Mayi Mayi. The motives of these groups vary from self-defence, stake of territory, political representation, and some, pure pillage. FARDC and MONUSCO clearly aim to tackle other armed militia in the region, but these groups differ from the M23 by the nature of their organization; most are decentralized and far less structured than the M23. Different groups, across different areas, require different military strategies – the coalition forces will have to adopt their approaches accordingly.

However, the reality is that many groups have legitimate grievances against the state. Even if MONUSCO and FIB are able to tackle all 50+ armed groups, more are likely to surface and take up arms if the root causes of grievances are not addressed. Weak legitimacy and lack of state penetration have been linked to the formation of rebel groups. In the case of the DRC, areas where the state is largely absent become vulnerable to administration by non-state actors. Furthermore, it can be shown that rebel groups are not necessarily solely inclined towards pure pillagery and destruction. Some groups, such as the Rally for Congolese Democracy’s (RCD), have been able to garner allegiance and legitimacy through the provision of services, and filling the void of the absent state[7]. There is a strong need for government accountability, as the failure of state provision can be enough to push people towards arms.

Failures in the Kabila administration

Joseph Kabila’s government has been characterized by chronic neglect and failure. In a country spanning an area the size of Western Europe, there is a serious lack of state infrastructure, and the provision of the most basic public services are widely lacking across the country.

The country’s vast ethnic diversity also poses many problems, Kabila’s government has done little to promote ethnic cohesion and provide representation for different groups. Gender violence, sexual and other human rights abuses are almost endemic across much of the Congo – achieving local security to protect civilians against atrocities is important to secure long-term stability.

Huma Malik is contactable at: Huma.Malik@hscentre.org

Huma Malik was a research assistant at the HSC. Her research interests include the military, violent conflict, Islamist movements, good governance and peacebuilding in Africa and the Middle East. Her regions of focus include the Great Lakes, the Sahel, Egypt and Iran. Huma has also interned with a number of charities focusing on international development and peacebuilding in Africa and Asia. 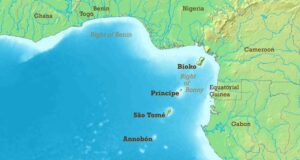 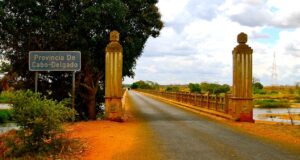