Home / Opinion / Guest Article: Moldova – Is Transnistria the next Crimea? 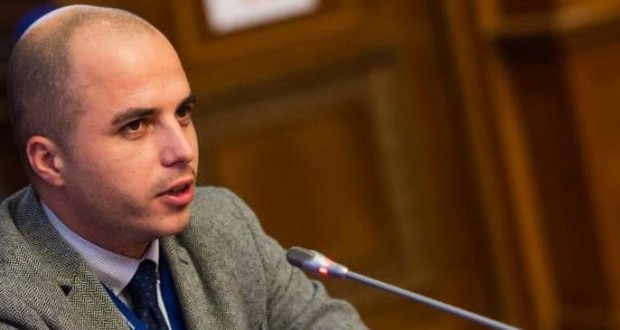 Guest Article: Moldova – Is Transnistria the next Crimea?

The latest developments in the Crimean peninsula – which saw Russian troops enter, take over essential infrastructure and military facilities, and formalise a territorial takeover in just a few weeks – provided a surreal spectacle: too bad to be true and too farcical to last. Unfortunately, the problem is real and here to stay.

In the post-Soviet space, the Crimean scenario is far from uncommon. There are the frozen conflicts of South Ossetia and Abkhazia in Georgia and of Transnistria in Moldova that arose following similar developments. The scenario is cynically efficient. Russia smells weakness, as a predator smells blood. It is drawn by political instability or crisis in its neighboring countries and uses their moments of weakness to deploy its troops in regions with pro-Russian populations.

In Moldova, the region of Transnistria serves as a parallel to Ukraine’s Crimea. Transnistria (also called Trans-Dniester or Transdniestria) is a landlocked territory on the eastern border of the Republic of Moldova, between the river Dniester (from which the region draws its name) and the western border of Ukraine. It has a population of just over 500,000, with ethnic Moldovans, Russians and Ukrainians each accounting for a third of that number. Moldova effectively lost control of that region in 1992, shortly after it gained independence from the Soviet Union on 27 August 1991. Officially, however, Transnistria is still part of Moldova’s territory. In many ways, thus, Crimea has already become the next Transdniester.

The fact that Moldova was a newly-formed state without any military capabilities, nor meaningful international alliances, made it easy ground for Russia’s enclave creation. The Moldovan attempt at military resistance was no match for the Russian 14th Guards Army that was stationed in the town of Tiraspol since Soviet times and where it remains to this day. As a result, the so-called Pridnestrovian Moldavian Republic was created, under the pretext of the infamous “protection of the Russian-speaking population”.

The Transnistria matter has remained a frozen conflict for more than 22 years. Transnistria did not gain any international recognition, not even by the Russian Federation. Both financially and militarily, however, it has been heavily and openly sponsored by Russia; without that support, the Transnistria puppet state could not survive. However, under the right circumstances, a frozen conflict could be reheated rather easily.

There are real concerns that the Crimean occupation is a last-ditch effort by Russia to grab what it can before Ukraine and Moldova are fast-tracked on their path towards integration with the EU. The fact that Russia did not recognize Transnistria and did not make it an official part of its territory, however, means that it is unlikely for that to happen now. It appears that the current situation in Transnistria satisfies Russian interests sufficiently, at least for the moment. Russia already holds sufficient control to apply more pressure, should it consider that necessary. It is very much like a game of chess, in which Russia has the upper hand and uses Transnistria to keep Moldova’s development in constant check.

As the situation in Crimea has developed faster than the international community could react, there are also real concerns in Moldova about what will happen to Transnistria. The usual bold statements from Dmitryi Rogozin (Deputy Prime Minister of Russia in charge with the Transnistria problem) that Transnistria is no longer part of Moldova seem to have more weight now. There was also a recent plea from the unrecognized authorities of Transnistria to become part of the Russian Federation, but these are not new statements; they have been made before, at regular intervals, and, so far, they had no real impact.

The activation of pro-Russian sentiments in Moldova’s autonomous region of Gagauzia, which defied the central government and organized an illegal referendum in favor of integration in Russia’s Customs Union does not look like an accidental occurrence either. What they indicate is that under the orchestration of Putin’s administration, what used to be a calm status-quo for more than 20 years can quickly turn into a radicalized situation.

There is real concern in Chisinau that if Russia chose to make a similar move in Transnistria as in Crimea, there would be little done to stop it. Nicolae Timofti, Moldova’s President, expressed his conviction that further escalation in Transnistria is neither in Russia’s nor in Moldova’s interest. The optimistic scenario is that Russia will preserve the status-quo in Transnistria in order to continue to use it as a leverage on Moldova’s internal politics. The pessimistic scenario is that the annexation of Crimea is just a first step towards creating a land belt, through Ukraine’s south-west, connecting Transnistria directly to Russia.

The occupation of Crimea will do to Ukraine what Transnistria did to Moldova: it will stall its development and determine, to an extent, its foreign and internal policies. Nobody believes that Russia is concerned about the fate of the Russian-speaking populations of Crimea, who enjoyed an extended autonomy as part of Ukraine. There is no real threat to the linguistic and cultural identity of Russians either in Ukraine, or in Moldova.

Future developments in Transnistria, Crimea and similar regions depend now on the reactions of the West. So far, the economic sanctions have been mild, and the diplomatic shunning of Russia is also unlikely to have a real effect. Autocratic regimes, like that of Putin, will hardly be swayed by economic or diplomatic sanctions, simply because people’s well-being (which the sanctions impact the most) is not a top priority for them. One also has to take into consideration that Putin’s Soviet predecessors did not even refrain from primitive policies of mass deportations, mass repressions, organized mass famine and building a wall in Berlin just to preserve their authority and power. Therefore, it is unlikely that soft power and sanctions will have any immediate effect.

Putin’s gamble is that the West is unwilling to incur losses of its own when imposing sanctions on Russia, something that will make them only marginally effective. Unfortunately, there do not seem to be any immediate solutions. Therefore, the West should be prepared to engage in long-term containment of Russia’s aggressive foreign policy, with constant diplomatic and economic pressure coupled with significant support to the new democracies of Moldova, Ukraine and Georgia.

The EU and the US are compelled to pay more attention to Eastern Europe, especially to Moldova and Ukraine. For a long time, this region represented a grey area for the EU’s and the US’s foreign policies, which have tended to focus more on the volatile Western Balkans. Neither Moldova nor Ukraine stand a chance in relation to Russia without the EU or the US sitting at the same table. Now is the time for both the EU and the US to make more commitments to the region and be the ones setting the agenda; not Russia.

This is already happening to a certain extent. In the background of the events in Kiev and Crimea, Moldova has registered significant advances in its European agenda. The EU has moved forward the implementation of several key agreements. The visa liberalisation regime should be available to Moldovans by the end of May, while the signing of the Association Agreement with Moldova has been advanced to the beginning of the summer. These are positive evolutions that are due both to the hard work of Iurie Leancă’s Government and to the EU’s bolder foreign policy in the region.

On more than one occasion in the past, Eastern Europe was left behind by the Western world in Russia’s ‘sphere of influence’; this should not happen again today. If the EU wants to have any significant impact in the region, it should offer membership perspective to both Moldova and Ukraine – something that is no longer a taboo subject in the meeting halls of European institutions.

Ghenadie Virtos is the International Secretary of the TLDM, the young wing of the Liberal Democratic Party of Moldova (PLDM). At present, PLDM is the largest of the three parties that constitute the ruling Pro-European Coalition in Moldova and is also the party of the current Prime Minister, Iurie Leancă.

Crimea Liberal Democratic Party of Moldova Transnistria Ukraine 2014-03-22
Guest Contributor
Previous: Russia and the Eastern Frontiers of Europe
Next: The Fall of the M23: A Renewed Approach to Intervention?