By محمد السعيد via Wikimedia Commons

What follows is a briefing note prepared by the Humanitarian Intervention Centre to inform Members of the UK Parliament and the public of the case in favour of military intervention, offering the Top Five Strategic and Humanitarian for the West to take measures against the Assad regime.

The Ghouta massacre is a strong indicator that the Syrian conflict is at risk of descending into full chemical warfare and evokes dark connotations of the streets of Halabja, the gas chambers of Auschwitz and the phosgene fields of World War One. To allow Assad impunity over the deployment of such apocalyptic weaponry would set a fatal precedent for future conflicts and undermine the very foundation of international norms. Syria’s CW arsenal is the largest in the Middle East and the fourth largest in the world. It is a strategic imperative to secure it, as it poses a real and profound threat not only to the region but the world.

Assad is also one of the only remaining allies of the Islamic Republic of Iran – “the most active state sponsor of international terrorism“. Especially now that we are approaching the moment where we will have to make difficult decisions over the future of Iran’s nuclear programme, we should do everything in our power to weaken and not strengthen them. Iran and Syria cooperate closely in Lebanon where both have a firm grip on their terror-proxy Hezbollah. With the overthrow of the regime in Damascus, the movement would be at risk of becoming totally isolated. Its arms supply route from Iran would be severed.

Russia has few allies in the Arab world counting only Iran and Syria in its corner. The country’s sole extra-territorial naval base is on Syrian soil. The fall of the Assad regime would constitute a significant blow to Russian plans to strengthen its power in the Mediterranean Sea and would have an overall negative impact on Moscow’s strategic and economic interests in the region. It provides the West with a unique opportunity to win over a long-standing traditional Russian client state, which in the past has often actively sabotaged our own and our allies’ national interests in the Middle East.

The response to the Ghouta chemical attack puts the international community’s credibility – that of the West in particular – on the line. Failure to enforce our own norms would cause irreversible damage to our integrity at the expense of our long-term security interests. The Obama administration has explicitly linked its threshold for military intervention to chemical and biological weapons. If the self-imposed “red line” for Syria becomes flexible, we end up in a situation where our enemies no longer fear us and our allies no longer take comfort in our promises. It would make the world less stable and more volatile.

The Syrian conflict provides us with a unique opportunity to rally behind a broad, hybrid international and regional coalition in favour of action against the Assad regime. Not only does multilateralism guarantee greater legitimacy and safeguards but also refutes the legitimate anti-interventionist critique that the West is the first to come to the rescue of people in need. In the case of Syria, we are looking at a coalition that could be as strong as 40 nations with the US, UK, France, Turkey, Jordan, Saudi Arabia and Qatar taking the lead.

Casualties in Syria have been estimated at 106,000 by the British-based Syrian Observatory for Human Rights, around half of which are civilian. The Observatory warns that these are only the confirmed deaths and that the real toll could be as much as twice the estimated figure. At this point, the conflict in Syria has claimed more lives than the Arab-Israeli conflict since 1948. This figure is roughly 30 times that of the number of casualties incurred in the Northern Ireland conflict since the 1960s. Reuters quotes UN estimates of the total number of casualties as of August 2012 at around 20,000. This staggering acceleration marks a quadrupling of the death toll in a single year. If the acceleration in killing stays constant and does not escalate further, the projected death toll as of August 2014 will top 200,000.

The Syrian refugee crisis has been described by the UN High Commissioner for Refugees as the worst ‘since Rwanda’. The UN High Commissioner for Refugees (UNHCR) notes that over 1.78million Syrians are externally displaced, with almost 200,000 still waiting to be registered. The number of refugees has exploded over the course of one year and is now 9 times as high. For example, more than 50,000 Syrian refugees have poured into Iraq’s Kurdistan in less than two weeks. The unprecedented levels of migration are pushing the neighbouring countries to the breaking point, forcing them to close their borders to contain spill-over effects and avert economic and social collapse.

Without a game-changing strategy, the disintegration of Syria becomes increasingly likely. The Assad regime focuses its efforts on the Western part of the country where up to 70% of Syrians live, and on securing the north-south national lifeline that connects Damascus, Homs, Hama and Aleppo. The regime, however, will never be able to control the country to the same degree as it did prior to the conflict. Anarchy, chaos and bloodshed are bound to occur. Assad and his Shia allies will fight Islamist Sunni-rebels and both will try to crush the Kurdish rebellion. It is where civilians will be trapped, and where fires will begin to burn.

RtoP has deep roots in reality, as it was a reaction to the conflict-stricken 1990s where severe breaches of human rights occurred. What immediately comes to mind is the fastest killing-spree of modern times, the Rwandan genocide, which produced almost 1 million dead in less than four months, or Milosevic’s ethnic cleansing of the Balkans. RtoP is not a military protocol but humanitarian intervention is warranted under extraordinary circumstances. According to RtoP, the international community has the obligation to step in, if the state in whose territory the assault takes place fails to act accordingly, either because it is incapable of or unwilling to do so. The UN’s principles of non-intervention and absolute state sovereignty must then yield to RtoP.

Whilst the conflict as it stands is a civil war, it is beginning to take on the shape of a genocide. As Jeffrey Goldberg notes, much of Assad’s violence, including the recent chemical attack on Ghouta, is directed primarily towards Sunni communities. In April 2013 Genocide Watch, a partner organisation of the UN, stated that there was ‘deliberate targeting particular groups – Sunni Muslims and army defectors’. This victimisation of Sunni Muslims escalated with the Ghouta attack and has the potential to escalate further into full-blown acts of ethnic cleansing. Genocide is the “crime of all crimes” and can be considered as the most serious of all crimes against humanity.

CW humanitarian intervention Syria 2013-08-28
HSC Publication
Previous: Robert Halfon MP: We must intervene in Syria – the arguments against doing so do not stack up
Next: After the Arab Spring: Algeria’s Standing in a New World 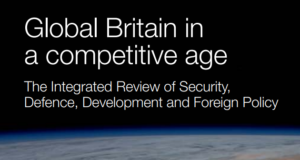 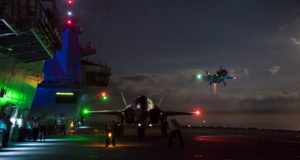