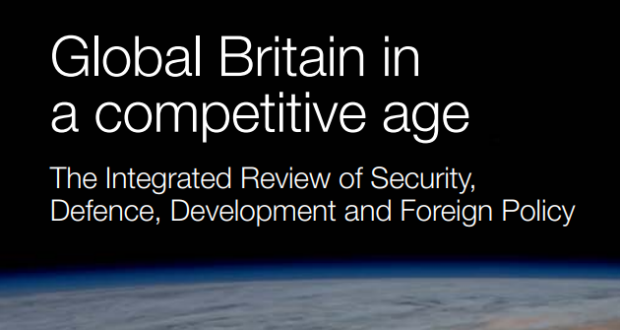 The Human Security Centre (HSC) welcomes the publication of the Integrated Review of Security, Defence, Development and Foreign Policy (IR). The document provides a valuable overview of the challenges and opportunities facing Britain in the international and linked domestic realm to 2030, and presents an optimistic vision of how the UK can positively contribute to many areas impacting human security.

In particular, we applaud the commitments to:

We are, however, concerned about a number of points that either require further clarification or are potentially contradictory.

The UK’s articulated position with regards to China remains unsatisfactory. The willingness to call out Moscow as a major threat to Britain’s security while seeking to deepen economic connections with Beijing gives the impression that the UK is only willing to engage adversaries sufficiently robustly when they do not offer substantial financial opportunities. While we recognise that facing challenges such as climate change without engaging with China will be impossible, there is a difference between a pragmatic relationship and offering up Britain’s principles and security to the highest bidder. The lack of critical attention given to the UK’s partnership with Saudi Arabia is also of concern.

We applaud the commitment to return to the UK’s pledge to spend 0.7% of GNI on international development. However, we would like a timescale for this return to be made clear, and have serious reservations about how the current reduction to 0.5% is being actioned – particularly with regards to funding cuts to relief efforts in Yemen, Somalia, South Sudan and Syria. It will also be critical to ensure that any revisions to how international development aid is spent are given robust oversight to avoid any real or perceived impropriety.

We note the UK’s intention to increase its nuclear force to a maximum of 260 warheads. The HSC is open-minded to requirements changing as the international environment shifts. However, the failure of the IR to fully articulate the reasoning behind this shift is puzzling given the UK’s non-proliferation and disarmament commitments.

Finally, we would also caution that one of the major strengths of the UK is leadership through the power of example. It is difficult to reconcile calls for the protection of democracy while implementing potentially draconian restrictions on protests. Similarly, recent attempts by the Government to halt an amendment to the trade bill blocking deals with governments guilty of genocide sends a terrible message to allies and adversaries regarding the depth of Britain’s principles. The UK’s ‘soft power superpower’ status is also threatened by the harm inflicted on the arts and culture sector by COVID-19 and Brexit, withdrawal from Erasmus and government hostility to the BBC.

These reservations notwithstanding, we judge that the IR represents a valuable foundational document to guide UK priorities during the 2020s.

We look forward to further details on the defence element of the review which are due for publication next week.

“The Integrated Review contains many positive elements on human rights, security and defence modernisation, international aid, global engagement, climate change, and science and technology. The focus on nuanced shifts and the absence of significant headline-generating policy alterations beyond the increase in the UK’s nuclear warhead stockpile should be perceived as pragmatic given that the aim is to build on current success and develop sustainable policy rather than further deepen the UK’s domestic political divisions. However, the position it puts forward on UK relations with China comes across as an attempt at unsustainable tightrope walking, which is disappointing given the resources put into the review; and the timeline of the return to the UK spending 0.7% of GNI on aid is needlessly vague. There are also contradictions between the government’s policies and stated international priorities: the UK will have limited credibility if it slips into an approach of “Do as I say, not as I do”.”

2021-03-16
HSC Publication
Previous: Analyzing the proposed solutions to the Cyprus Dispute
Next: The New START treaty and the future of nuclear arms control