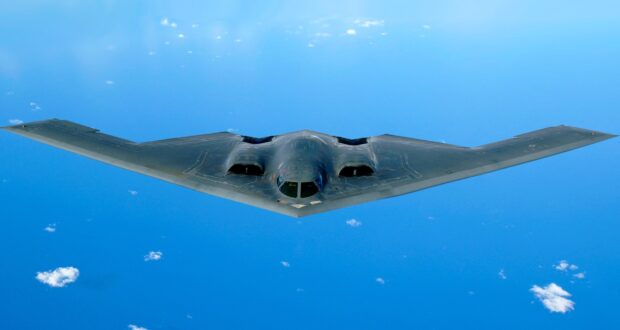 On the day of Joe Biden’s inauguration as President of the United States, the Kremlin urged the US to take a “more constructive” approach in talks over the extension of the New START agreement. New START was the last remaining non-proliferation treaty between Russia and the US and, with Donald Trump refusing to ascent to an extension, it was due to expire on 5th February this year.

Amid a host of promises including a declaration to re-join the Paris Climate Agreement, the Biden administration announced in early January that it would seek an extension to the treaty, and on the 26th Biden and Putin agreed via a telephone conversation to a five-year extension. On the 27th, the Russian State Duma voted to ratify the extension and on 3rd February, Secretary of State Antony Blinken announced that the US had also agreed to the extension.

A brief history of arms control

As noted above, the New START treaty is significant for it is the last remaining bilateral arms control agreement between the US and Russia. The first nuclear treaty was the Limited Test Ban Treaty which was signed by the US, UK and Soviet Union in 1963 and banned nuclear explosions in the atmosphere, under water and in outer space. The Nuclear Non-proliferation Treaty (NPT) followed in 1968, however with détente came a more concerted effort to deescalate tensions and slow down the arms race, and in 1972, the first Strategic Arms Limitation Talks (SALT I) led to the Anti-Ballistic Missile (ABM) Treaty, which limited strategic missile defenses to 200 interceptors at two sites each (later amended to 100 interceptors at a single site each), and the Interim Agreement which capped US and Soviet intercontinental ballistic missile (ICBM) and submarine-launched ballistic missile (SLBM) numbers.

Since then, a host of arms limitation treaties have been signed between the US and the Soviet Union/Russia. Although never taken up due to the Soviet invasion of Afghanistan, SALT II resulted in an agreement signed in 1979, the Intermediate-Range Nuclear Forces (INF) Treaty was signed in 1987 with Gorbachev and Reagan agreeing to eliminate ground-launched ballistic and cruise missiles with ranges between 500 km and 5,500km. A couple of Strategic Arms Reduction Treaties (START) followed. START I was signed in July 1991 and required both powers to reduce their strategic arsenals to 1,600 delivery vehicles, carrying no more than 6,000 warheads, while START II followed in January 1993, although never took effect. The Strategic Offensive Reductions treaty (SORT or Moscow Treaty) was signed in May 2002 in which the US and Russia pledged to reduce their strategic arsenals to 1,700-2,200 deployed warheads each.

The New START agreement was signed in Prague in 2010 by Barack Obama and Dmitry Medvedev and replaced the SORT. The treaty limits each power to 1,550 strategic nuclear warheads deployed on 700 strategic delivery systems such as ICBMs, SLBMs and heavy bombers – although as each bomber is only counted as one warhead despite their capability to carry multiple nuclear devices, scope exists for the actual number of deployed weapons to slightly exceed the 1,550 limits. It also caps deployed and non-deployed launchers to 800, marking a 50% reduction from the 1,600 limit of START I.

New START does not prevent the deployment of conventional warheads on long-range ballistic missiles, nor does it limit the number of inactive nuclear warheads that can be stockpiled. But it does establish a rigorous monitoring and verification system to provide accurate information on their status. This involves on-site inspections, data and information exchanges and provisions on the use of National Technical Means (NTM) for treaty monitoring.

Both the US and Russia met the main parameters of the New START by February 2018 and have since remained below these limits. Additionally, as of late January 2021, 328 on-site inspections have been carried out by both states, 38 biannual data exchanges have occurred and 21,400+ notifications have been exchanged. And on the whole, both states appear convinced of the other’s adherence to the parameters of the treaty. With various treaties expiring and the US withdrawing from other agreements such as the ABM treaty in 2002 and the INF treaty in 2019, New START is the last agreement in place to prevent a potential new arms race from developing.

China and the future of arms control

In spite of this, the Trump administration refused to approve an extension to the treaty. While it is reported that tougher verification procedures and the addition of restrictions on other tactical weapons were factors in this, the main issue was China. Senior defense officials said that they feared China would “more than double” its nuclear arsenal over the next decade and that Beijing has started to recapitalise and expand its own fleets of nuclear-armed bombers, ballistic missiles and missile-carrying submarines. Consequently, Trump did not want to sign anything that would not involve China and prevent a ‘three-way’ arms race in the future.

Unsurprisingly, China refused to entertain the possibility of getting involved with the New START. Fu Cong, head of the arms control department at the Chinese foreign ministry, told reporters in 2020 that China would “be happy to” engage in arms negotiations with the US if they agreed to “come down to the Chinese level” and reduce their nuclear arsenal. Current estimates put the current US nuclear warhead arsenal at 6,185 with Russia at 6,500 – this total includes non-deployed warheads not covered by the treaty. China, on the other hand, is estimated to possess 350 nuclear warheads and this is a clear obstacle to their participation in future arms negotiations.

Nevertheless, the US and Russia must seek to bring China to the negotiating table and all avenues should be explored to achieve this. The Trump administration’s approach to China generated considerable bad blood between the two states and also mutual distrust. Acts of good faith from the Biden administration could be key to rectifying this and engaging China in arms control talks.

The US should seek to foster a security dialogue with China to gauge what might be possible in terms of arms control agreements in the future. And on a basic level, a US-China hotline (like the US-Russia hotline established in 1963) and enabling ballistic missile test launch notifications would be a welcome first step.

The US and China could also ratify the Comprehensive Test Ban Treaty (CTBT). Despite the treaty’s adoption in September 1996, neither state has yet ratified the treaty which bans all nuclear tests, for both civilian and military purposes, in all environments. Ratifying the CTBT together would not only serve as a momentous first step in cooperative arms control and lay the ground for future collaboration, but it would also potentially encourage other states such as Israel and Iran to also ratify the treaty.

While there is no hope of reviving the INF Treaty, the US could also re-join a number of treaties they recently withdrew from such as the Joint Comprehensive Plan of Action on Iran and the Open Skies Treaty. The Trump administration withdrew from these treaties in 2018 and 2020 respectively, but Biden has already signalled a willingness to re-start negotiations on both. Doing so would reaffirm a US commitment to transparency and non-proliferation and signal that the US is ready to take these matters seriously again.

All these measures could help bring China to the table and open talks on a matter of critical importance. The extension of New START has been a welcome development; it is important now to build on this breakthrough and work with China on further arms control legislation where possible. 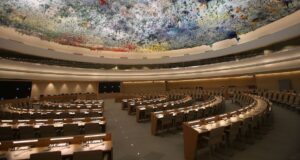 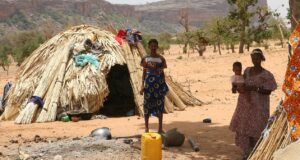