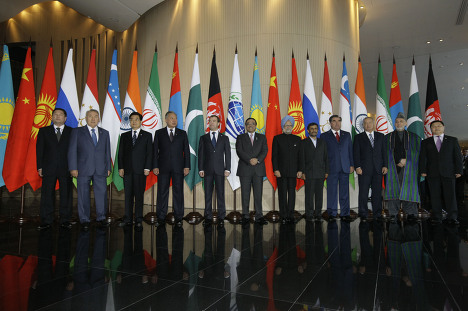 However not all is well internally within the GCC alliance. Last March Bahrain, Saudi Arabia and the United Arab Emirates withdrew their ambassadors from Qatar due to that states foreign policy. A foreign policy which sharply diverges from the foreign policies of those states on a number of issues, most notably Qatar’s support of the Muslim Brotherhood organization in Egypt. While there have been claims that this inner-GCC dispute is now over the Saudis nevertheless remain adamant that they will not resume normal diplomat relations with Qatar until the reality on the ground clearly reflects a clear change in Qatar’s overall behaviour. [2]

U.S. Defense Secretary Chuck Hagel recently addressed these internal tensions within the GCC by insisting that those states should unite collectively in order to combat the threat they perceive Iran to pose to them. However the GCC overall is far from united whereby foreign policy is concerned. Even in regard to Iran some of these states condemn the regime in Tehran as an entity which encroaches upon their interests and threatens their security while others, notably Oman, are quite open when it comes to engaging Tehran with a more diplomatic, and even cordial, approach. [3]

But Hagel’s comments about the GCC uniting militarily and simultaneously casting aside other issues is very telling. For one thing it airily dismisses the very serious internal complications of the GCC which in turn casts doubt about the overall effectiveness of the organization. Also it is not very unlike how the Carter administration dealt with the Shah of Iran in the latter years of that monarchs rule. For example during a visit to the Shah on May 1977 in Tehran the U.S. Secretary of State Cyrus Vance informed him that the United States was happy with the internal human rights and political situation in Iran. He then went straight to business by informing him that the United States was ready to provide the Shah with 140 F-16 Fighting Falcon jet fighters on top of the 80 highly-sophisticated F-14 Tomcat jets the U.S. was already by that time delivering.

It is important to remember that at this time the “realist” narrative and worldview was the one which prevailed. In the first few years of the post-Vietnam era U.S. power in the world was declining. The Shah had long insisted he could be the policeman, or guardian if you will, of the Gulf and by that time he had realized this ambition. Interestingly there were fears amongst those the Shah was “guarding” at the time that those arms could potentially be used against them at some point. Of course the Shah was gone less than two years after Vances’ aforementioned visit and replaced by a regime hostile to the United States. [4] [5]

As with Iran today the GCC as a political entity may not be as stable as it seems. And as with Iran then the GCC today is a rich source of petrodollars for the arms industry in a time of recession. In fact the exorbitantly large arms deals brokered with the U.S. and the Shah’s Iran were recently surpassed by Saudi Arabia whose $60 billion 2010 arms deal constituted the largest in U.S. history. [6]

The reason Iran was invested in so heavily with arms, capital and trust by the United States in the post-Vietnam War era was due to the fact that it was a time that it was in a sense demoralized from all those years of embroilment in that costly war. A slightly similar attitude and feeling has pervaded in the aftermath of the Iraq War. Whereby the idea of intervention is seen as suspect in the eyes of many. From this vacuum has emerged what can aptly be dubbed a more “realist” oriented foreign policy which sees the United States once again helping prop-up autocratic client regimes ostensibly to serve and secure regional interests. A kind of policy which has failed in the past and may very well fail in the future, likely to the detriment of those very strategic and security interests. 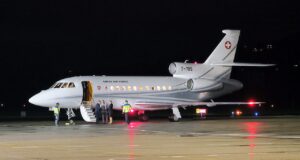