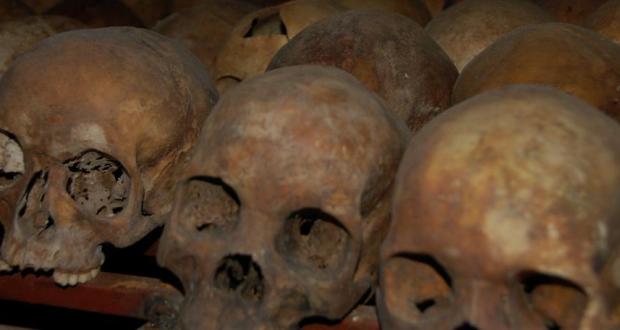 Obligations of State Parties to Arrest and Surrender Omar Al-Bashir

All States party to the Rome Statute of the International Criminal Court (ICC) are under a general obligation to cooperate with the Court under and a specific obligation to arrest and surrender accused persons. As the Pre Trial Chamber (PTC) of the ICC has issued two warrants of arrest in respect of President Bashir of Sudan, for various counts of genocide, war crimes and crimes against humanity, and the United Nations Security Council (UNSC) has issued a binding Chapter VII Resolution urging all States to cooperate with the ICC’s arrest warrant, it is prima facie evident that all States party to the Rome Statute must cooperate with the ICC by arresting and surrendering Bashir should he enter their territory.

The main problem with State parties arresting Bashir, however, rests in Article 98(1) of the Rome Statute, which poses a conflict with Article 27(2)’s dismissal of Head of State immunity. Article 98(1) recognises that a State’s international obligation to respect immunity may override their obligation to cooperate fully with the Court, while Article 27(2) recognises that immunity may not bar the Court from exercising its jurisdiction over any person. It must be emphasised that immunity relating to the Court’s jurisdiction over Bashir is a separate issue from immunity relating to State parties’ obligations to arrest and surrender Bashir. The distinction is based on the Court’s reliance on cooperation from State parties to arrest and surrender accused persons in light of the Court’s inability to arrest accused persons independently. Thus, if Article 98(1) represents an obstacle to State parties ability to arrest accused persons, the Court will be unable to prosecute unless the State from which the accused is a national waives the accused’s immunity and surrenders the accused before the Court.

The PTC has tried to resolve the conflict between Article 27(2) and Article 98(1) in three decisions from 2011 and 2014 involving three African countries that failed to arrest Bashir when he entered their territory.

President Bashir attended a Summit in October 2011 in Malawi, and August 2011 in Chad, leading to the PTC’s decisions of 12 and 13 December 2011 dealing respectively with the failure of Malawi and Chad to comply with the ICC’s requests for the arrest and surrender of Bashir.[1] The PTC concluded that Malawi and Chad, by failing to arrest Bashir when he entered their territory, had failed to comply with their obligations to cooperate with the Court.[2] The PTC held that Malawi (and therefore all State parties) could not rely on Article 98(1) to justify refusing to comply with cooperation requests from the Court for four reasons. First and secondly because immunity of Heads of State before international tribunals has been denied as far back as World War I, and there has been a huge increase in the number of prosecutions of these officials. Third, all State parties have waived their officials’ immunity by virtue of Article 27, those non-State parties who are UN Members have allowed the UNSC to make referrals to the ICC in the knowledge prosecutions arising there-from will take place in accordance with the Rome Statute, and thus Article 27 will remove immunity. Finally, it is ‘facially inconsistent’ for Malawi and Chad to entrust the Court with its mandate while simultaneously refusing to surrender a Head of State. To interpret Article 98(1) in such a way would disable the Court in ways contrary to the purpose of its ratification.[3]

Malawi argued that in light of Bashir’s status as President of a State not party to the Rome Statute they accorded him full immunity from arrest and prosecution under customary international law.[4] The PTC concluded that a conflict could not exist between Malawi’s obligations to arrest and surrender Bashir and their obligations to respect immunity, because ‘customary international law creates an exception to Head of State immunity when international courts seek a Head of State’s arrest for the commission of international crimes.’[5] This conclusion is very surprising and has been the subject of much criticism for its unsound reasoning. The PTC recognised that there is an inherent tension between Articles 27(2) and 98(1), however instead of addressing the tension the PTC disregards the application of Article 98(1) when coming to its conclusion. The resultant effect is that Article 98(1) is rendered redundant. If a customary international law exception to Head of State immunity exists, as the PTC has held, State parties would never have any obligations to respect immunity under international law as such immunity would not exist. However, the doctrine of effective construction requires that the PTC interprets Article 27(2) and Article 98(1) in a way to give effect to them.[6] Thus the only logical way to give effect to both provisions is to take the view that the two articles complement each other; Article 27(2) is interpreted to be a waiver of State party immunity that may otherwise apply to their officials before the ICC, and Article 98(1) is interpreted to apply only in the case of a State not party to the Rome Statute.[7]

Although such an approach would give effect to both provisions, the ICC lacks independent powers of arrest and therefore relies on cooperation from State parties to arrest and surrender accused persons. An alternative approach to that of the PTC’s could have been to regard Sudan as in an analogous position to that of a State party. By virtue of the UNSC referral Sudan has been bound by the terms of the Statute, thus Bashir’s immunities have been removed by application of Article 27(2). Since Article 98(1) applies with regards non-State parties, it would not present a conflict with Article 27(2) in light of Sudan’s treatment as a State party for the purposes of the referral and prosecutions arising there from.[8]

Regardless of the differing academic opinions on the matter, following the Malawi decision, States party to the Rome Statute are under an obligation to arrest and surrender Bashir, and may not rely on Article 98(1) to relieve them of such obligations. Since the Rome Statute does not permit trials in absentia, nor does the Court have any independent powers of arrest, cooperation from State parties is vital to the Court to ensure Bashir’s trial goes ahead.

The PTC revisited the obligations of State parties to arrest and surrender Bashir, in April 2014, following Bashir’s visit to the Democratic Republic of the Congo (DRC) for a summit, holding that the DRC had failed to cooperate with the Court by failing to arrest Bashir. In contrast to its decisions of 2011, the PTC did not hold that an exception to immunity existed in customary international law; instead, the PTC held that UNSC Resolution 1593 waived Bashir’s personal immunities attached under customary international law.[9]

Although the ICC issued a warrant for arrest and surrender in respect of Bashir, the DRC believed that such an international obligation was subject to the application of Article 98(1) of the Rome Statute, and according to the DRC Bashir holds immunity as a result of his position as a Head of State.[10] The PTC disagreed, and did not believe that Article 98(1) posed an issue in the present case as the UNSC decided that the ‘Government of Sudan shall cooperate fully’ with the ICC, therefore eliminating any procedural bars from prosecution before the Court, i.e. lifting immunity.[11] Following, the PTC maintained that the conflict in obligations lied between the decision of the African Union to maintain Bashir’s immunity and the UNSC Resolution, however as a result of Articles 25 and 103 of the UN Charter the DRC must recognise the superiority of the UNSC’s decision on the matter.

Therefore, in the case of Bashir, no conflict exists between Article 27(2) and 98(1) because the ‘cooperation’ and ‘waiver of immunity’ referred to in Article 98(1) comes from UNSC Resolution 1593.

As mentioned, the ICC solely relies on cooperation and assistance from State parties to arrest and surrender accused persons before the Court. In absence of such cooperation from State parties, as in the case of Bashir, the Court is simply unable to proceed with an accused’s trial, as the Court does not possess any independent powers of arrest. The lack of State assistance in arresting accused persons significantly hinders both the functioning of the Court, and the Court’s ability to pursue its mandate to end impunity. The Court was established to punish the offenders of the most serious international crimes, however many of these offenders indicted by the Court remain at large. The lack of cooperation from States undermines the Court’s power and authority in the international community; therefore it is crucial that State’s enforce arrest warrants to ensure the effective functioning of the ICC.

Although the PTC held that a conflict does not exist between Article 27(2) and Article 98(1) in the case of Bashir’s immunity, it remains unclear whether States party to the Rome Statute will arrest and surrender Bashir before the ICC. This is because immunity relating to the ICC’s jurisdiction to initiate proceedings against an accused is a separate issue from immunity relating to State parties’ national authorities’ obligations to arrest and surrender an accused. Despite the ICC possessing jurisdiction to prosecute Bashir, national authorities must still respect the customary international law immunities of Bashir.

It seems unlikely that Sudan will cooperate with the ICC, by waiving Bashir’s immunities and surrendering him to the Court. In absence of such, the Court relies on cooperation and assistance from its State parties, however outwith Sudan’s waiver of Bashir’s immunity many African Union members will be unlikely to arrest Bashir based on the PTC’s determination that UNSC Resolution 1593 waives Bashir’s immunity.

[3] The Prosecutor v Omar Hassan Ahmad Al Bashir, Decision Pursuant to Article 87(7) of the Rome Statute on the Failure by the Republic of Malawi to Comply with the Cooperation Requests Issued by the Court with Respect to the Arrest and Surrender of Omar Hassan Ahmad Al Bashir (12 December 2011) Pre-Trial Chamber II, ICC-02/05-01/09-139, Para.37-41.

[8] Dapo Akande, ‘The Legal Nature of Security Council Referrals to the ICC and its Impact on Al Bashir’s Immunities’ (2009) 7 Journal of International Criminal Justice 333, 336.

[9] The Prosecutor v Omar Hassan Ahmad Al Bashir, Decision on the Cooperation of the Democratic Republic of the Congo Regarding Omar Al Bashir’s Arrest and Surrender to the Court (9 April 2014), Pre-Trial Chamber II, ICC-02/05-01/09, Para 29