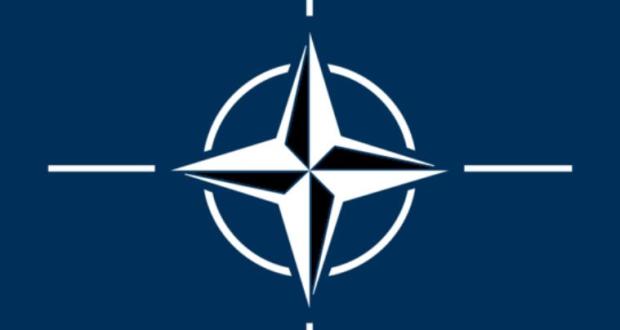 February-April 2014: In February Russian military forces invade Crimea, shortly after an innocuous referendum permanently ties the region and its Sevastopol (access to the Black Sea) to Russia. International observers note that Russian military activity at the border with Eastern Ukraine in the months thereafter. President Putin has continuously denied this, but very recently two Russian soldiers were captured on Ukrainian soil.[1]

September 2014: NATO members meet at the Wales summit to address the shifts in the geopolitical landscape, they are faced with the challenge to fulfill a meaningful role in the world. NATO announces its new Readiness Action Plan (RAP), critics and skeptics wonder if this will be just another catch phrase. The most important part of the RAP re-enforces the NATO Response Force (NRF) as the original structure of the NRF has proven insufficient to deal with Russia’s challenge in Ukraine.

December 2014, February 2015 & May 2015: NATO announces specifics on RAP and its two pillars: “assurance” and “adaptation measures”. The original NRF is complemented with a Spearhead body, dubbed “Very high readiness Joint Task Force” (VJTF). Broadly, the response force should evolve to become highly flexible and reactive through the spearhead [deployable within 48 hours]. Though the VJTF is clearly the piece de resistance, meant to respond to the Russian presence at the Eastern borders of NATO territory, it is part of a much bigger stratagem/scheme and could be used for challenges on NATO’s southern borders or outside of NATO territory for disaster relief and peace support organisation operations.

Upcoming challenges for NATO: Keeping up funding and willingness among the member states is essential to maintain and enhance a credible forward presence where needed (such as in the Eastern flank or the Southern challenges of ISIS and Libya) as well as streamlining the political decision making processes to back up the proposed readiness.

While NATO and the EU watched as “little green men”[2] spread across Ukraine, NATO recognised how its Response Force needed to adapt to the new realities of 21st century. The main goals for the new and improved NRF are therefore to focus on speed (VJTF deployable within 48 to 72 hours) and flexibility (360 degree deployability), as was reflected in the creation of the Spearhead. In its primary stages the Spearhead will be shouldered by Germany, the Netherlands and Norway and these forces are already training and exercising on a continuous basis. This in itself is a big improvement as the former NRF did not engage in live exercises.[3] Specifically the Spearhead consists of about 5,000 troops supported by air, sea and special forces and in its entirety the NRF should be composed of 30,000 troops.[4]

In NATO’s confrontation with the Ukraine crisis some holistic problems started to show. Other than the reality of NRF inefficiency, other post-cold war realities restrict military responses, for example the lack of cooperation on logistics[5] (customs regulations: how to get tanks, troops and equipment from one part of Europe to the other[6]) and waning intelligence networks (no early warning). During a recent conference in Brussels[7], speakers alluded to the fact that there was more information coming in through social media than from formal intelligence networks. This both highlights a weakness and an opportunity; however, the opportunity requires complimentary efforts of newly established intelligence networks to work concurrently with social media. Most importantly, intelligence networks need to verify the situations before any readiness can be implemented, before the 48 hours start to tick away. In order to sustain these new plans, some nations, like the Netherlands, Germany and the Scandinavian countries, now aim to reverse their announced military budget cuts, facing this different reality head on. Moreover the new project has led to virtual non-stop military exercises such as the “Joint Warrior” naval exercise in the North Atlantic with 13,000 troops and “Noble Jump”, the VJTF first deployment test in Poland with 2,100 troops, amongst others.[8]

To understand what the NRF has become we should take a look at what it looked like before. NRF was first endorsed in 2002 and formally created in 2003, promising a force that could respond to the post-cold war situation.  Before Russia’s interference in Ukraine however, the NRF was never an active force, never had any live exercises and was much smaller. As Karl-Heinz Kamp, Academic Director of the Federal Academy for Security Policy in Berlin, has stated; “NRF was never meant to be just a rapid reaction capability. It was primarily seen as a tool for military transformation, providing a model for NATO members to adapt to the requirements of the post-9/11 world. If used at all, it was intended for crisis management in military interventions far beyond NATO’s borders.”[9] Since the summit in Wales, not only the NRF spearhead has been sharpened, but its base has been broadened. One way in which the base is expanded are the six command and control headquarters planned in Estonia, Latvia, Lithuania, Bulgaria, Poland and Romania. These command centres are small and there is no forward deployment of a big array of troops across the eastern flank, but they will serve as a reception team in case the VJTF is deployed. Another critical expansion will take place in Szczecin, Poland where NATO will increase the readiness and capabilities command to a three star level command post.[10]

Currently, much of the attention is drawn to the Spearhead, its biggest strength being its multi nationality. Using the old layer cake principle to achieve effective deterrence, when this military force is deployed any potential aggressor immediately confronts possible casualties of the multiple western powers, possibly escalating the conflict in a full on military confrontation. Essentially, any possible adversary should perceive these troops as ready for action, maintaining the level insecurity of whether or not the troops will be deployed. Taking all this into account, one could say there have been some practical accomplishments since the 2014 summit in Wales: decisions have been made, policy established and funds gathered. This clearly indicates a departure from the recent past where European powers often uttered empty words and catchphrases while muttering about defence budgets and high costs. On the topic of hybrid warfare (cyber attacks, “little green men”, propaganda instigated secessionism etc.), NATO urges member states to first and foremost focus on prevention, as any military capabilities NATO has to offer are largely incompatible to respond to hybrid warfare tactics. For example, they would not be a good fit for the new VJTF and, moreover, they pertain to issues that NATO would consider EU business. This means any actions to counter hybrid warfare are the prime responsibility of the nation, whereas there are possible areas of cooperation between EU and NATO on the sidelines.[11]

Deterrence and a new global balance

The Brussels conference on NATO’s Rapid Reaction Force ended on a rather cynical note as the moderator and Secretary General of Friends of Europe (Giles Merritt) alluded to the fact that NATO and the West owe Mr. Putin a debt of gratitude for shaking NATO and the EU out of its slumber. One may or may not find this a worrisome statement, as Mr. Putin strategic interests are not necessarily aligned with those of the West. Often people argue that this goes both ways, as Mr. Putin can thank the West for providing the much needed ammunition to fuel his nationalism and popularity.

Most attendees understood the Ukraine crisis as an event strictly confined to the West-Russia relationship, however it is difficult to shake the feeling that Russia was not looking at both China and the West in calculating this move. Watching the West’s continual complacency while China keeps on building its power in the region, economically, militarily, in organisations such as the Shanghai Cooperation Organisation (SCO) and bilaterally (improved relations with Taiwan), Russia was possibly faced with a choice: bring back the enemy it knows best or fully accept the new rising power. As can be expected from Mr. Putin, he chose neither. Or, conversely, he chose both: he managed to get the best of both worlds in this elaborate manoeuvre which puts him in China’s good graces, wakes up a sleeping neighbour and enhances his own national popularity. Russia and China share a difficult history (for example: Stalin’s red army violently raided Mao’s China) that is more complicated than many in the West seem to know. One could wonder what Russia would gain from a militarised EU and a stronger NATO. Was it all just about consolidating its power in Russia, hoping NATO would not rise to the challenge or was there more to it? Luckily for Mr. Putin, the situation turned into a win-win regardless of his intentions, but nevertheless these new alliances (China and Russia vs. a newly alert West) and new balance of power that will unfold should be closely monitored if we are to stay relevant. If we are lucky, a new multilateral balance will unfold between Russia, China and the West as opposed to a global balance in which the West continuously loses input.

This time, NATO rose to the challenge: with the support of the United States, several European allies (Germany, Netherlands, Norway, Poland, Portugal and Italy) took the lead and together provided funds, equipment and man power for the new and improved NATO deterrent power and the VJTF. This test is probably more important than we can fathom at this point in time as Russia has reshuffled the cards in the post-Cold War game. Mr. Putin has nudged NATO and the EU into action, and anyone who has met Mr. Putin[12] will likely say he skillfully manoeuvred himself and Russia to stay relevant in the decade to come. The first steps have been taken: NATO has put new pieces on the board and allies have gathered to shoulder the financial burdens – for now. The biggest challenge will be to maintain this posture and the readiness portrayed within the RAP. We should hope these new challenges in Ukraine and in the south with ISIS will strengthen the alliance once more for the future – a future with a potentially bigger challenge involving the economic and military rise of China.

[1]Poroshenko has “full evidence” of Russia’s presence in Ukraine, 21 May 2015, Euronews, http://www.euronews.com/2015/05/21/poroshenko-we-have-full-evidence-of-russia-s-presence-in-ukraine/.

[2] Little green men refer to the unmarked soldiers that appeared in Crimea and in Donbas. According to SACEUR of NATO Philip Breedlove, these men are Russian armed forces. Mr. Putin first denied, later admitted the presence of Russian Armed Forces in Crimea.

[3] According to the Dutch ambassador to NATO Marjanne de Kaasteniet, I found one example: Steadfast Jazz on the 2 November 2013 – which was the most important exercise in years. It should be noted that Ukraine was involved in this exercise as a partner.

[5] Post-cold war realities eroded the links within Europe and the links between United States and EU. More and more US troops were removed from Europe over the years. Only last month the Pentagon reduces aviation forces in Germany by 1900. http://t.co/nLIJG8ck4x.

[6] Calculations show that formal customs clearance to transport a brigade from Portugal to Estonia takes as much as 2 weeks now, we need time to amend these formalities and create more flexibility. see Friends of Europe NATO Spearhead Event page, including podcast: http://www.friendsofeurope.org/event/sharpening-natos-new-spearhead/

Sarah De Geest is a Research Assistant in the Global Governance division. She holds two Masters of law with distinction from KULeuven and the School of Oriental and African Studies.