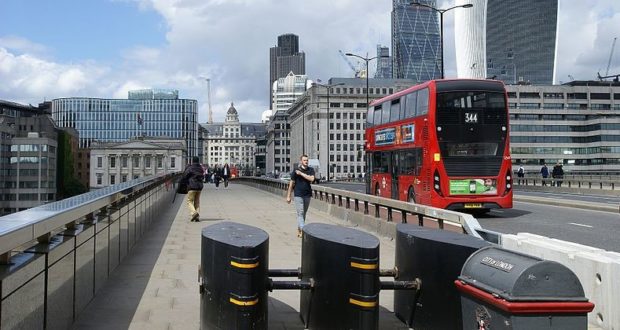 The rise of ‘vehicle-ramming’ attacks has seen the use of cars, vans and trucks as weapons against human targets, in an effort to maximise casualties, inflict fear among the population and grab global headlines. According to the Commissioner of the Metropolitan Police, Cressida Dick, vehicles have become a “weapon of choice”. While vehicle attacks require minimal capability, they can have a devastating impact in crowded parts of the city with low levels of visible security.

An article in the 2010 edition of the jihadi ‘Inspire’ magazine titled “the Ultimate Mowing Machine” called for lone-wolf attackers to use vehicles to “mow down the enemies of Allah.” In recent years, vehicle-ramming attacks have become an increased worldwide phenomenon, with IS leaders encouraging lone-wolf attacks in cities across the globe.

From a data set of 21 vehicle-ramming attacks since 2015, it becomes evident that Europe experienced a surge in incidents in 2017. The 2016 terror attack in Nice killed 87, the highest number of casualties to result from such a terrorist strike. It is possible that the high-profile nature of this event inspired others to launch similar attacks, potentially explaining the spike in 2017.

In France, the attacks in Nice prompted sting operations and the extension of the state of emergency, as well as the adoption of emergency measures into permanent counterterrorism legislation.

As European cities started installing barriers and implementing security policy, the subsequent year experienced a drop in vehicle-ramming attacks. However, it is too soon to see what the long-term trend may look like. It is important that cities continue to invest in urban security measures to prevent further devastating strikes.

There have been four attacks in London since 2017, killing 18 and injuring 104. The latest incident in 2018 outside the Houses of Parliament elicited government calls for ‘proportionate and effective’ proposals to counter vehicle-ramming.

Large or heavy-duty vehicles are one of the main concerns for authorities. Rental vehicles seem to be a frequent feature in the deadliest attacks to occur in European cities. The vehicles used in the attacks in Nice (2016) and Barcelona (2017) were hired and three out of the four attacks in London were committed with rental vehicles.

To address this emerging trend, authorities across Europe may wish to invest in training rental staff to help spot suspicious behaviour, such as:

– insistence on paying in cash,

The point of such a training programme is not primarily to encourage close reporting to the police, as this may result in excessive calls. Instead, it is recommended that this training is used to raise awareness and inform the policies of rental agencies. For instance, businesses may choose to only accept card payments, or require passports as well as driving licenses for documentation.

In general, there is a need for proposals that put innovative technology at the forefront. To reduce the number of collisions, in 2009, the Mayor of London proposed increased expenditure on time over distance speed camera systems and intelligent speed adaptation (ISA) technology. His proposals called for the implementation of ‘voluntary’ ISA systems to be affixed to cars to automatically limit the speed of vehicles to the legal maximum. Such devices could be attached to rental vehicles, particularly rental vans.

Swedish authorities are in the process of installing similar ‘geofence’ technologies to slow vehicles. While speed adaptation may not prevent vehicle-ramming attacks entirely, the installation of such systems on large vehicles may help prevent lethal collisions with pedestrians in general. Furthermore, their presence may act as a deterrent for would-be attackers.

In addition to virtual barriers, there is a need to install more physical vehicle barriers to seal off vehicular access to pedestrianised zones and high-risk areas, such as tourist hotspots, public squares and bridges. Barriers may be permanent or temporary, passive (fixed bollards, fences or concrete Jersey barriers) or active (retractable bollards or wedge barriers). It is important that city planners and security analysts work together to carefully assess their positioning and to ensure that these systems are appropriately sized, adequately anchored, and purposely reinforced against impact.

In London, the barriers present a new ‘crush risk’ to cyclists, who find themselves on the ‘wrong side’ with the vehicles rather than the pedestrians. This led to the injury of several cyclists in the 2018 Westminster attack, as they were pinned against the barrier. It is therefore essential that cyclists are also taken into account in decisions regarding barrier installation. Furthermore, there is the need for Europe-wide testing of barriers against vehicle-ramming, as well as the increased documentation of the selection, design, testing and installation of such structures.

It is also important to ensure that the appearance of barriers does not negatively impact public perception, evoking fear. In addition, any systems installed must not detract from the surrounding beauty of the historic architecture. To this end, it is worth looking towards innovative solutions. Barriers may even take the form of art installations, concrete sitting benches, or flower planters.

There are further temporary measures that policymakers can take into consideration, including:

Whatever the methods chosen, European cities must take steps to strengthen security measures and protect the public from vehicle-ramming attacks.

With the dawn of autonomous technology upon us, we are beginning to see new issues emerge. In 2015, US hackers remotely broke into the dashboard computer of a Jeep Cherokee and ran it off the road. It takes little imagination to envisage how such an approach could be adopted by terrorists. As the nature of the threat evolves, it is essential that policymakers and analysts are forward thinking and develop innovative measures to further enhance the population’s safety.

2020-01-06
Theodora Ogden
Previous: The Paris summit: is a peace settlement in Ukraine now in sight?
Next: Civil-Military Cooperation: Lessons Learned, or Lessons Ignored?