Home / Europe / The Paris summit: is a peace settlement in Ukraine now in sight? 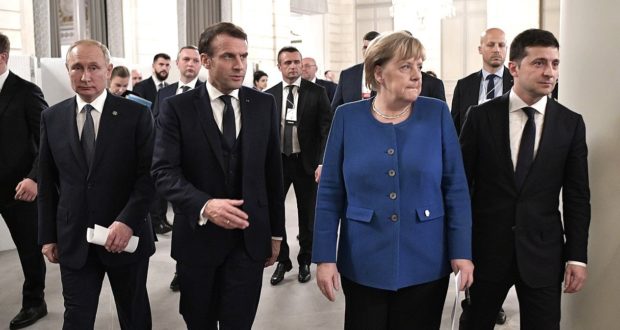 The Paris summit: is a peace settlement in Ukraine now in sight?

In March 2014, Russia annexed the Crimean Peninsula and subsequently intervened in eastern Ukraine by providing clandestine military and financial support to separatist rebels. Since then, the Donbas and Luhansk regions have been the sites of a bloody conflict that has ravaged eastern Ukraine and resulted in a heavy number of human casualties and widespread civilian displacement. Five and a half years later, President Zelenskiy of Ukraine and President Putin of Russia have finally sat down to negotiate a resolution to the conflict. Mediated by President Macron and Chancellor Merkel, the Paris summit on 9 December has been labelled as a potential breakthrough in the Ukraine conflict – but are we really any closer to a lasting peace in the country?

The conflict in Ukraine

It is reasonably well known how the Ukraine crisis unfolded. Former President Viktor Yanukovych’s decision to reject an Association Agreement with the EU in favour of a $15 billion Russian counteroffer sparked the Euromaidan protests that ultimately resulted in Yanukovych fleeing Ukraine for Russia. A new pro-western government emerged in Ukraine that would ultimately be led by Petro Poroshenko and this triggered the Kremlin’s annexation of Crimea. In Mid-April 2014, conflict sparked in the Donbas region of eastern Ukraine between Ukrainian forces and Russian-backed separatist militants, and this signalled the beginning of Moscow’s covert intervention in the region. While the Kremlin frequently denied it was supporting militants, reports from the OSCE have shown that the rebels have been receiving significant military and technological support from Moscow.

Until now, there have been two major attempts to end the conflict. In September 2014, Ukraine and Russia signed the Minsk Protocol under the auspices of the OSCE and pledged to observe a ceasefire and work to resolve the conflict. However, this collapsed in early 2015 as separatists seized Donetsk International Airport. On 12 February, 2015, a second agreement known as ‘Minsk II’ was reached by Ukraine and Russia, under the watch of Germany, France and the OSCE, to halt the conflict in eastern Ukraine and stabilise the region. However, this second attempt to resolve the conflict was again unsuccessful, as both sides failed to remove their heavy weaponry from the designated areas and skirmishes continued. Since the failure of Minsk II, fighting has continued in eastern Ukraine between Ukrainian armed forces and the Russian-backed separatist militants. The conflict is currently in a stalemate with the pro-Russian rebels having seized large parts of the Donetsk and Luhansk oblasts.

The crisis in eastern Ukraine has had a tremendous human impact, with the BBC reporting “13,000 total casualties in the conflict so far” and 1.5 million people displaced in the region. Furthermore, it has also seriously strained the Ukrainian economy. Russia has altered its gas supplies to Ukraine and increased trade sanctions, cutting Ukraine’s GDP by 15% between 2013-2015. While the Ukrainian economy has been slowly recovering since then, the prolonged conflict in the east combined with the continual refusal of Kiev to repay a $3 billion debt to Russia means that there is significant economic uncertainty lingering over the country.

In April, Volodymyr Zelenskiy was elected president in Ukraine on the back of a campaign promising to bring peace to the east of the country. He said he would speak to “the devil” to halt the conflict and this paved way for the first face-to-face peace talks between Ukraine and Russia in over three years. Before talks could take place, however, certain conditions had to be met. The Kremlin has insisted that Ukraine consent to the ‘Steinmeier formula’ and permit local elections in the Donetsk and Luhansk regions under the watch of the OSCE and, if deemed lawful, grant special status to these regions. Zelenskiy came under intense criticism from political opponents and protestors in Ukraine, with figures such as Yulia Tymoshenko claiming the deal was a “direct threat to the national security, territorial integrity and sovereignty of our country”. Nevertheless, to make peace talks a reality Zelenskiy consented to the Steinmeier formula, and also negotiated with the Kremlin for the pullback of troops in three locations. Subsequently, on 9 December, President Zelenskiy met President Putin in Paris to re-open peace talks.

Despite both parties agreeing to re-open the peace process, it appears that a complete resolution of the conflict is still a distant prospect. All parties agreed to preserve the Minsk Agreements as the basis of further peace talks, and agreed on ‘immediate measures to stabilise the situation in the conflict area’. These measures include implementing a ceasefire before the end of the year, withdrawing forces and equipment from three additional disengagement zones, and releasing and exchanging all detainees by the end of the year. Putin, Zelenskiy, Macron, and Merkel also agreed to organize another meeting in four months to examine the progress that has been made.

However, while President Macron described the talks as “fruitful”, in that they brought all four leaders together and re-opened a dialogue on resolving the conflict, the talks failed to resolve major issues that still stand in the way of a comprehensive peace settlement. For a start, the issue of restoring Ukraine’s complete control over its eastern state border remains unresolved. At the joint press conference held following the summit, Zelenskiy stated that Ukraine had “a completely different view with the President of the Russian Federation regarding transferring the border and when it is possible.” Putin has stated that Russia seeks the full implementation of the Minsk Agreements which posit that Ukraine will be permitted to restore its control over the border after local elections have taken place. Zelenskiy, on the other hand, claims that this agreement was signed by former President Petro Poroshenko and he argues that before local elections take place, Ukraine must regain control of its border. Consequentially, another major issue regarding the timeline for local elections in the Donbas and Luhansk regions remains unresolved. The elections had been due to take place in autumn 2020, but the failure to resolve the border dispute and agree on various other electoral issues such as the participation of Ukrainian political parties and displaced former-residents of Ukraine’s eastern regions in the elections means that no timeline has been outlined. Both Zelenskiy and Putin have said that they will re-approach the issue at the next talks in four months, but with such contrasting views on important matters it will be a real challenge to reach any form of compromise in the near future.

The significance of these peace talks transpiring should not be overlooked. For the first time in over three years, Ukraine and Russia have re-opened the peace process and shown a desire to end the bloody conflict in eastern Ukraine. And the agreement to hold further talks in four months’ time and continue to work to resolve the conflict is another step in the right direction.

However, it is clear that Zelenskiy and Putin still hold diametrically different views on various key issues. Zelenskiy is under increasing pressure in Ukraine not to buckle to Kremlin demands and while Putin may have assented to an “all-for-all” prisoner exchange, history shows that it is unlikely he will give much ground on these greater issues. It is therefore highly improbable that either will budge from their positions by the time of the next summit; and without concessions in this matter a definitive resolution of the conflict will ultimately remain out of reach.

Additionally, questions have emerged about the resolve of Ukraine’s allies. Macron has publicly stated that Russia is no common enemy of NATO, while U.S. support for Ukraine has wavered under Donald Trump who withheld roughly $400m in military aid from Kiev. With western leaders keen to resolve the conflict as swiftly as possible, there is a possibility that Ukraine’s position may be undermined and Putin may feel he is in a position to further dictate events.

Still, the next peace talks will provide an opportunity to assess the progress made since the Paris summit. While it is unlikely that Zelenskiy or Putin will have softened on their positions regarding the Ukrainian border and the election timeline, the Paris summit has re-opened the peace dialogue and de-escalated tensions between the two states. With a ceasefire being agreed in Paris alongside a prisoner exchange, further face-to-face talks will hopefully yield similarly modest progress and ultimately bring the conflict another step closer to a complete resolution. 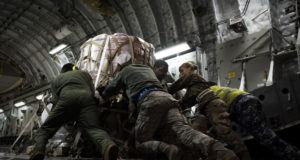