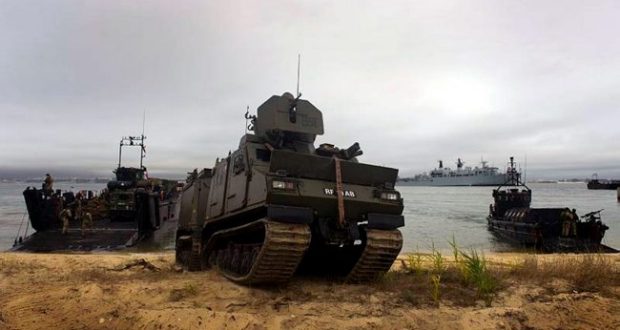 Issues raised by the HSC and highlighted in the report included the limited capability offered by the Bay class landing ships, the importance of being able to land heavy equipment as part of an operation, and the necessity of landing craft. The HSC’s full evidence can be viewed here.

“Although it is important that we not see amphibious forces as a capability that can never evolve, we must also avoid falling for the siren song of modernisation without the necessary funding. If we opt to reduce our amphibious force now, there is no financially plausible route to delivering a similar or replacement effect. Until the MoD is adequately resourced, any talk of restructuring must be seen for what it is: a ploy to deliver savings regardless of the potential harm to national or global security.”