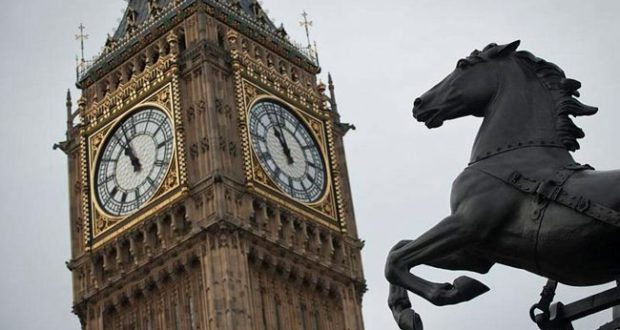 The annual Reagan National Defense Forum, held last month at the Ronald Reagan Presidential Library in Simi Valley, California, is not the easiest of conferences to get to. However, while making access challenging was never the intent of the event’s founders, it does at least have the advantage of only attracting the dedicated — particularly at the international level. It therefore speaks volumes about the value Britain places on its defense relationship with the U.S. that the U.K.’s defense secretary, Sir Michael Fallon, was scheduled to make his second appearance at the event in as many years.

Fallon’s attendance was ultimately not to be, as he was forced to resign in November over misconduct accusations. His replacement, Gavin Williamson, failed to take his place at the conference. This was likely due in no small measure to the scale of the U.K. defense crisis, of which he was forced to take charge. Less than two years after Britain’s previous Strategic Defense and Security Review was published and hailed as a minor triumph — securing as it did a guarantee that the country’s defense spending would not fall below two percent of GDP — the political battle over the U.K.’s military budget has returned with a new National Security Capability Review.

If the U.K. was physically absent from the forum, concerns about the defense provisions of the country were not. Speaking at the opening seminar — which focused on the U.S.’ force posture and alliances — retired Gen. David Petraeus highlighted the growing disparity between the abilities of the U.S. and its partners. He noted that the U.K.’s armed forces presented a particularly striking example of this expanding gap, and that “their leaders are fighting very hard just to maintain the capability to put an entire army division on the ground … that’s an army that’s now half the size of the U.S. Marine Corps … because of funding levels.”

If anything, Petraeus was too kind with his comments: the ability to rapidly field a full division is something the British Army is seeking to regain by 2025, as opposed to a capability it now has but fears losing. Already shedding a third of its tanks in the wake of the 2015 defense review, it has now reportedly been proposed that the authorized strength of the army could be reduced from 82,000 to 70,000 soldiers. The Royal Navy and Royal Air Force also face cuts.

Two issues are at the heart of the U.K.’s cash problems. Firstly, the last defense review was based upon over-optimistic cost estimates, as well as unrealistic projections about what could be achieved through ‘efficiency savings’ such as reductions in the civilian defense workforce. Secondly, the decision by the U.K. to leave the E.U. has hindered the country’s economy, reducing the value of the pound and increasing the cost of many current programs.

The net result of these issues has been the development of a black hole in defense funding that it is thought could run between £10 billion ($13.4 billion) and £30 billion ($40.1 billion) over the next decade — no small amount given that the Ministry of Defense’s core budget for 2016/17 was only £35.1 billion ($46.9 billion).

Despite its tight budget, the U.K. continues to make a major contribution to Western security, notably leading NATO’s Enhanced Forward Presence force in Estonia, being one of the largest contributors to the air campaign against the Islamic State, and providing one of the pillars of the Atlantic alliance’s nuclear deterrent. There is also reason for hope that the future may not be as grim as some predict. The new defense secretary has made quite a show of his unwillingness to trim the U.K.’s military capabilities still further, with an extra £2 billion ($2.7 billion) a year apparently now being sought for defense. It is also being reported that the defense element of the National Security Capability Review could be delayed to give time for further consideration.

If Williamson’s absence from the Reagan National Defense Forum meant that his time was spent figuring out how to fix problems rather than trying to persuade the U.K.’s leading ally that everything is fine, his failure to make the pilgrimage to Ventura County might have been for the best.

This article was originally published in The Hill

2018-02-02
Rowan Allport
Previous: Some justice is better than no justice at all? The ICTY and its legacy
Next: HSC evidence cited in House of Commons Defence Committee report on UK amphibious forces