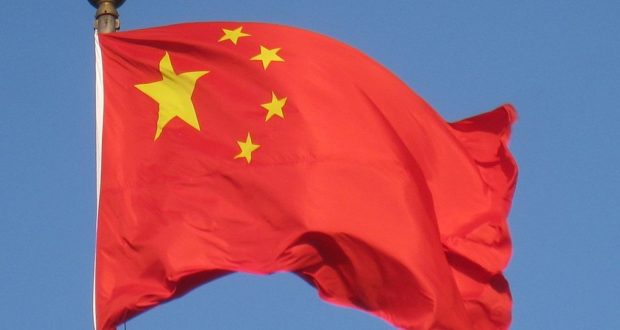 While the European Union worried about Russian involvement in the Western Balkans, China has been taking advantage of the last few years to quietly become one of the big players in the region. The acquisition of the Smederevo steel mill, the construction of the Budapest-Belgrade railway, the Bar-Belgrade highway and the Pelješac Bridge are only a few examples of Chinese investment in the Western Balkans, with Beijing’s influence in the region consistently growing over recent years. Unlike the West, China does not question whether or not a road or a bridge needs to be built, and is yet to make financial loans conditional upon reforms. It is small wonder, then, that countries have been quick to take this seemingly ‘no strings attached’ money – and by the time the strings start to become obvious, the funded projects have reached the point of no return.

On 11 and 12 April, Croatia’s Adriatic city of Dubrovnik hosted the 8th annual 16+1 summit, a Chinese initiative to strengthen business ties between China and sixteen countries from Central and Eastern Europe. The summit was attended by representatives from six Balkan countries – Albania, Bosnia-Herzegovina, Bulgaria, Croatia, Romania and Serbia –, and forms part of China’s $900 billion Belt and Road Initiative, a project designed to boost Beijing’s trade with Europe. Surrounded by European Union member states, the Western Balkans form a key link in this Belt and Road Initiative – one that paves the path for China’s exports to Western Europe and beyond.

In a recent interview with the Financial Times, European Commissioner for Neighbourhood Policy and Enlargement Negotiations Johannes Hahn admitted that Brussels has perhaps overestimated Russia’s and underestimated China’s influence in the Western Balkans. Hahn went on to say that taking significant loans from China for infrastructure projects only increases the risk of long-term damage to the Western Balkan states’ already struggling economies, and that these loans are given with no consideration as to whether or not the countries are capable of paying them back. If the governments of these states are unable to pay back a loan, China effectively owns what was built with that money, a scenario that can result in the borrowing country becoming even more indebted to Beijing.

The loan to build a highway connecting Montenegro’s coast with Belgrade, for instance, sent Podgorica’s public debt soaring, forcing the government to raise taxes, freeze public sector wages, and terminate the payment of maternity benefits. Despite these measures, Montenegro’s debt is expected to near 80 percent of its GDP this year, meaning that the country has limited scope to take on more debt. As a consequence, Podgorica will reportedly opt for a public private partnership to finish the highway, by which an outside partner – in this case, the state-owned China Road and Bridge Corporation – would build and operate the highway, then run it under a concession from the state for 30 years to get a return on their investment.

The political and economic vacuum created by the European Union has made the Western Balkans an attractive target for non-democratic involvement and influence. For China, the countries of the region represent a testing ground of their capabilities and a gateway to the financially interesting Western European countries, and also potential allies in likely disputes with the West. Unlike Russia, China has far more to gain from the Western Balkans joining the European Union than from them remaining outside it, as the loans allow Beijing to pave the way to a time when they can ask for proof of loyalty and support. Dependency on Chinese money can be used to Beijing’s political advantage – and there is little these countries can do to avoid it.

From the point of view of the Western Balkan countries, however, the choice is a pragmatic one. In many cases, China’s loans are the only viable option, and without them these projects would have to be either postponed indefinitely or cancelled altogether. Montenegro received only partial funding from the European Union to build the Bar-Belgrade highway, as the technically challenging route to Serbia is not seen as an urgency by Brussels. While the European Union remains the top donor and investor in the region, Chinese loans are seen as a much easier and quicker way to implement desired projects, and one that does not involve jumping through countless hoops in the short-term.

In the long-term, however, the risks of these economic partnerships are likely to outweigh the benefits. The real danger – as seen with countries like Sri Lanka, Djibouti and Mongolia – is that the Western Balkans will become even more reliant on Chinese funds, giving Beijing the leverage to request backing on their decisions and actions. As things stand, China can use loans to gain loyalty and political support, and block European consensus on resolutions condemning Chinese behaviour – as already seen with EU members Greece and Italy, who chose Chinese investment over resisting Beijing’s alleged laying of debt traps.

The difficulties to counteract this by the European Union stem from the fact that Brussels’ relationship with China is nowhere near as clear cut as that with Russia. While Moscow is classified as a ‘threat’ and a ‘political foe’, China is an ‘economic competitor’ in key industrial fields and a ‘systemic rival’ politically, but also Brussels’ second-biggest trading partner after the United States. The European Union and China share close economic ties that neither wants to see broken, which means Brussels is forced to tread lightly in order to maintain a certain level of cooperation.

As such, the European Union’s suggestion is that the Western Balkans should postpone the finalising of these projects until they become members, when they would gain access to European funds to partially finance them. This, however, could take over a decade, and their membership prospects seem to have become bleaker with each high-level meeting. The Berlin mini-summit on the Western Balkans that took place in April focused more on the Serbia-Kosovo dispute, and even there no resolution was reached. The meeting – which was also meant to discuss the six Western Balkan states’ EU aspirations – was unable to extract a compromise out of Serbian President Aleksandar Vucic and Kosovar Prime Minister Ramush Haradinaj, who are each waiting on the other one to make the winning concession. Similarly, the 9 May European Council summit that took place in Sibiu emphasised the need for unity and internal reforms within the Union, but made no mention of expanding the bloc to include more members.

As enlargement continues to be off the table for the region, the European Union needs to reconsider its investment policy for candidate and potential candidate members. A part of the pre-accession funding should be made available for infrastructure investments, and European companies should become more involved in some of the projects proposed by these countries’ governments. The only way to make Chinese money less attractive is by making European ones more – and funding is a tool Brussels knows how to use well.

In the Western Balkans, China is playing the long game. Their projects may not conform with the kind of transparency and sustainability rules European ones do, but from the point of view of the local governments, that only means they are implemented quicker and with fewer inconveniences. Political support in exchange for quick money is seen as a fair trade – and no amount of empty promises and half-hearted warnings will deter these governments from seeing all their infrastructure dreams coming true.