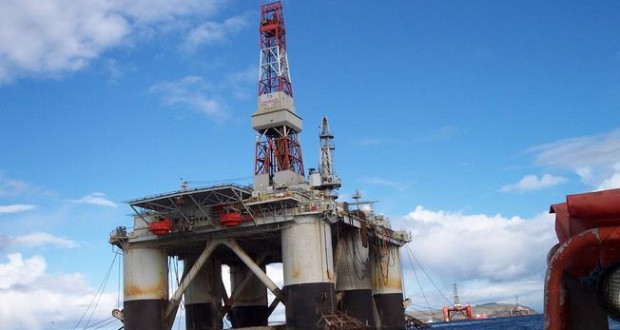 The energy geopolitics game played between Russia and Europe has seen its fair share of volatility and power exchange over the years. With the Crimean crisis continuing to escalate as Russia officially incorporates the peninsula into its administrative structure, and reports surfacing of Russian military buildup on Ukraine’s eastern frontier, it is important to ask in whose favour the balance of power in the EU-Russia energy relationship will tilt once the current crisis reaches its eventual conclusion.

In the international game of poker that is the European energy market, in order for Russia to keep its upper hand, Europe’s continued confidence in the stability of Russian gas supply is paramount. The Crimean crisis has considerably shaken this confidence, giving more political weight to those in Europe who argue for a decreased dependence on Russian oil and gas. In the short term, mutual interdependence will secure that. On the face of it, the well-established natural gas supply routes from Russia to Europe remain largely unaffected. However, the long-term effect of a cooling in relations and the creation of a new precedent for Russian military intervention in Eastern Europe can only weaken Russia’s energy grip and derived political bargaining power over the continent.

The role that natural gas exports play in the economy of the Russian Federation cannot be overestimated. With oil and gas revenues accounting for over 50% of the total federal budget (1) and current 2014 Russian GDP growth projections around 2% or less even before the current crisis (2), any destabilization of gas exports to Europe, Russia’s main export market, would have, at the very least, a considerable negative impact on the country’s economy. The last time the Russian gas supply to Europe was disrupted, during the 2009 Russia-Ukraine gas dispute, it is estimated that Russia lost US$ 1.5 billion (3) from cancelled natural gas sales by the state-owned Gazprom gas giant. During most of the past decade, the financial revenue from growth in gas exports and investment into new oil and gas fields has helped Russia maintain high economic growth rates even in the face of stagnating industrial modernization, an ageing population and embedded corruption problems.

In the short term, even if tensions between Russia and Ukraine remain at breaking point for months, it is highly unlikely that any gas flows from Russia to Europe will be cut, including those through Ukraine. Ukraine is at the centre of Russia’s energy politics in Central and Eastern Europe. Through the Ukrainian segment of the Druzhba (Friendship) pipeline, most of Central Europe receives its natural gas supply. Without this vital gas transport route, some demand could be offset with deliveries through the Belarussian segment of the Druzhba pipeline and via the Nord Stream pipeline running along the bottom of the Baltic Sea from Sankt Petersburg to Germany. However, such imports would be financially damaging to both Russia and the European Union and could not be maintained long term.

Secondly, much of Europe’s gas supply from Russia is hedged through long-term contracts lasting years or, in some cases, even decades. With no other short-term sources of gas supply that can realistically meet Europe’s demand, and based on the current sanctions policy of the EU towards Russia, any immediate developments to halt Russian gas imports seem highly unlikely. The most recent EU travel ban on Russian officials has visibly omitted from its list heads of Russia’s two largest oil and gas giants, Gazprom’s Alexei Miller and Rosneft’s Igor Sechin, showing that when it comes to energy supplies, Brussels is careful not to escalate tensions with Moscow.

Even if Europe and Russia have no interest in stopping gas supplies through Ukraine, such a scenario could materialise if further crisis escalation leads to harsh retaliation by either Kiev or Moscow. For the moment, this is still an improbable outcome since Ukraine is unlikely to interfere with Russian gas transit through its segment of the Druzhba pipeline. Such a move would damage Ukraine’s relationship with its European partners, cut its own source of vital gas supply and could lead to harsh retaliation by Moscow. In simple terms, Ukraine’s dependence on Russian gas and Russia’s dependence on Ukraine’s pipelines minimizes the likelihood of any such disruption in gas supply. In Moldova, a similar dependence on Russian gas has maintained gas deliveries through territory controlled by the Russian-backed, though unrecognized, Republic of Transnistria. Tiraspoltransgas, Transnistria’s state energy company, ships gas to Moldova even though Moldova claims sovereignty over Transnistrian territory.

Russia could only feel the major costs of the current Crimean crisis 5-10 years in the future. Over the long term, Russia could lose its place as Europe’s main gas supplier, and as a consequence, suffer financial losses and decreased political influence over Central and Eastern Europe. A loss of confidence in the future stability of Russian gas supplies could see the Russian energy sector facing decreased European oil and gas demand and lowered investments by Western companies into the oil and gas sector within Russia.

Europe’s approach to reducing its demand for Russian energy is likely to be multifaceted. Much has been said about the need to diversify Europe’s energy supply, but the current crisis and consequent uncertainty over Russia’s future actions could provide Europe with the incentives necessary to take a more proactive approach in finding suppliers outside Russia’s sphere of influence. Some EU member states like Germany might become more willing to reverse their nuclear energy restrictions, whilst also providing more incentives towards expanding their renewable energy sector. Further incentives could be given to develop more LNG (Liquefied Natural Gas) terminals to increase import capacity from the Middle East and possibly even the United States. Over the longer term, there are likely to be greater investments in researching the profitability of discovered shale gas resources in Poland and shale gas prospects in western Ukraine. These projects, in combination with the scheduled 2018 completion date for the Trans Adriatic Pipeline gas supply project from Azerbaijan via Turkey to Western Europe, could see a significant fall in Europe’s dependence on Russian gas over this decade.

Current political uncertainty in combination with threats of retaliatory sanctions by Russia could see Western companies less willing or even able to invest in the Russian oil and gas sector. With Western companies possessing billions’ worth of investments in producing and developing fields in Russia, stakes are high for both sides and the consequences of future sanctions could be severe. As a result of decreased Western investment, Russia could lose valuable technological expertise from mutual development projects that have helped it in the past to develop its own resources faster and at a lower cost. The Crimean peninsula, which has shown optimistic oil and gas developments, could also suffer from reduced investment, since, as a disputed territory with disputed oil and gas development license ownership and a volatile political situation, many companies will be put off investing. Exxon Mobil, which secured a deal for development of Skifska License lying in Crimean territorial waters, has announced its decision to put the project on hold as a result of continued political instability (4). Further south of Crimea, the South Stream pipeline project aimed at securing future supply of Russian gas into Europe via the Black Sea has decreased in appeal as a result of the current crisis. A cancellation of the planned South Stream pipeline project could see Russia lose billions in future gas revenue and limit its political influence over the South Eastern European Countries the pipeline was planned to go through.

Russian companies could see some benefits from the current situation as well, but these are still uncertain and will likely be limited. The breakaway government of Crimea has already taken steps to nationalise the local oil and gas developer Chornomornaftogaz, which was up to now controlled by the Ukrainian state. As a consequence, Gazprom and Rosneft could obtain exclusive deals to develop Crimean oil and gas resources without competition from Western companies. A similar example was seen when Rosneft secured an exploration and development license from the government of the Russian-backed Republic of Abkhazia, which is unrecognized by Georgia. As a result, Rosneft was exposed to strong diplomatic protests by the Georgian government, but saw only limited international condemnation. However, the extent of financial profitability from many Crimean oil and gas projects still remains to be determined.

EU-Russia energy politics will likely act to de-escalate the current crisis due to energy interdependence. However, the current instability and perceived uncertainty of future Russian actions could provide Europe with the necessary incentives to diversify its energy supply over the coming years. The results could see Russia lose out both financially and geopolitically with decreased oil and gas revenues and weakened energy bargaining power over Central and Eastern Europe. 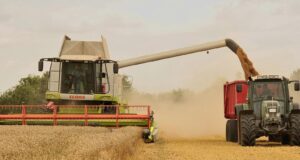