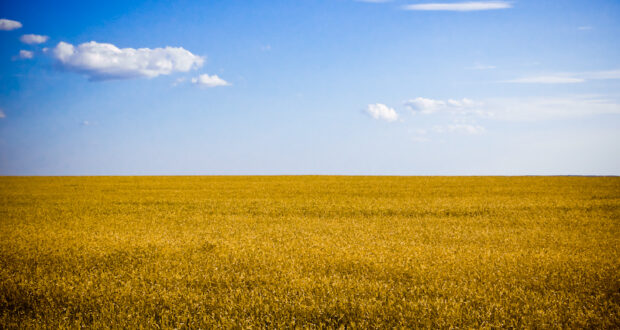 Over the past year, food prices have been slowly on the rise. Supply chain disruption from the Covid crisis is now being compounded by the impact of the conflict in Ukraine on the global agriculture trade, with key markets now facing substantial jumps in costs.

It is believed that food is now 20 per cent more expensive than it was this time last year, with prices rising by 4 per cent since January. There are a variety of factors to consider when it comes to these price increases. A rise in transportation costs, supply chain disruptions and increasing commodity prices such as corn and wheat are the core contributary factors. These prices are only going to be on the rise as long as the conflict continues in what is known as the “Breadbasket of Europe”. Ukraine and Russia represent around 10 per cent and 20 per cent, respectively, of global wheat production. Almost 30 per cent of all wheat exports come from these two countries with most of this wheat being imported by countries in the Middle East and North Africa.

There are countries that rely on one or both of the combatant nations for their food. An example is Tunisia, a country with a vulnerable economy which imports more than half of its wheat from Ukraine. With the ongoing conflict in the former Soviet country now three months old, the production and exportation of this product has greatly contracted, putting these vulnerable countries, their people and their economies at greater risk.

Although the crops for 2022 have largely been planted, farmers need to continue working in the fields and tending to their crops instead of fighting a war. The current harvest is all but going to waste as port facilities across the Ukraine have suspended commercial operations, thus preventing the exportation of the wheat crop, meaning that a lot of the food is going unshipped. Should this war continue for too long, the harvest and production for 2022 could also be at risk, leaving the more vulnerable countries such as Tunisia and Lebanon with constrained food supplies leading to price rises that their populations can ill-afford. A short-term wheat stock supply crisis due to the peculiar structure of Lebanon’s imports as well as the loss of its strategic reserve capacity, compounded by short-term market panic affecting availability, is also impacting the country.

The EU is proposing further sanctions against the Kremlin after allegations of Russian war crimes in Ukraine, including banning oil imports. The US and UK are also considering and planning more sanctions with UK Foreign Secretary Liz Truss calling for a “tough new wave” of sanctions from G7 and NATO ministers. Truss said her Japanese counterpart had agreed the international community had to increase pressure on Russia’s Vladimir Putin “and his war machine with further coordinated sanctions”.

Although the EU recently indicated that any new sanctions would be focused on enforcing existing measures, recent revelations of the barbaric acts, including the hundreds of civilian bodies being found in towns which have been abandoned by Russian troops, have added ground for new measures and sanctions.

It was revealed in March that wheat exports from Ukraine and Russia were being blocked by Russia from leaving the Black Sea. “Zero [grain] is currently being exported from the ports of Ukraine — nothing is leaving the country at all,” Jörg-Simon Immerz, head of the grain trading at BayWa, told dpa news agency. He added that the export activity on the Russian side was “very limited.” This assessment was backed up by the Panamanian Maritime Authority, who said at the time that the Russian Navy was preventing 200-300 ships from leaving the Black Sea — most of them were carrying grain.

Another major problem is access to fertilisers that are essential for farmers to hit their production targets for crops. It’s never been more expensive as exports from Russia grind to a halt due to the ongoing conflict. Output in Europe has also plunged thanks to the surging price of natural gas and key ingredients in nitrogen-based fertilisers.

A Nature food study has found that more than 283,000 children under the age of 5 years old could perish from malnutrition as a result of this food crisis and 13.6 million children suffer from acute malnutrition by the end of 2022. Africa, South America and the Middle East region are most likely to feel the effects of food shortages because they are heavily dependent on food imports.

In Africa, bad weather and conflicts in the Dominican Republic of Congo, Ethiopia, Nigeria and more have disrupted transportation routes and raised food prices. These developing nations are most at risk for increases in food prices. When these pre-existing issues are combined with the current conflict in Ukraine, the situation becomes dire. These developing nations will be without food and subsequently may lead to a majority of their population being in poverty and starving.

Due to the war in Ukraine, many countries have started to reduce, restrict and in some cases ban exports of foods and supplies. No less than a few weeks into the conflict, Egypt banned the export of wheat, flour, lentils and beans amid growing concerns over food reserves in the country. Indonesia has also tightened export restrictions on palm oil, which is a component in cooking oil as well as in cosmetics and some packaged goods such as chocolate.

When looking at potential outcomes or ways to reduce the effects of these food shortages, it is difficult to see one sole solution to the problems as it is too broad. We are talking about a global food shortage which will affect the entire world population which current estimations think will be 8 billion people by the year 2023.

In both the EU and the US, there is quite an opportunity to reallocate land which is currently used to grow crops for biofuels to the production of crops for food. Currently as it stands, around one third of the corn grown in the US and 3-4 million tons of wheat grown in the EU go into the production of ethanol for fuel, while a large percentage of American soybeans and European rapeseed are used for biodiesel. If there were an urgent shift from biofuels to food production there would be a large increase in food security for the next year or two, depending on how long the ongoing conflict may take. However, a recent US announcement that biofuels can now be used more extensively may take things in the opposite direction.

Ideally, countries would work together, sharing data and discussing when and in what capacity and circumstances to release food from national stockpiles and granaries. The current crisis must call for realisation or an urgent transition to a stronger and more sustainable global food system for the long-term.

The conflict in Europe has caught many off-guard but the food crisis does not need to. By working together, we can aim to ensure nutritious and healthy food for all, even in the face of the current crisis, by empowering the agricultural communities who feed us and by building a system better equipped to withstand future shocks.

In conclusion, the current food crisis is very much affecting a great majority of the nations in the world and will likely continue to do so for the foreseeable future. There are ways that we can alleviate stress from food shortages, especially in the developing world. By allowing and focusing exports to these countries, we can ensure that those who are less fortunate or less developed have a fighting chance to survive through this crisis. As mentioned earlier, the reallocation of farmland across Europe and the US would take a lot of the strain away from the global food market, even if only temporary while the conflict continues.

Image: Ukrainian farmland, which is depicted on the nation’s flag (Source: Dobrych via CC BY-SA 2.0)

Nathan Woodward studied Indie Games Development at Teesside University, he is currently a voluntary developer and community manager for an online gaming community.