For those of us with a belief that liberal, democratic values have a universal validity, there exists significant contention with the numerous advocates of the Anti-Homosexuality Act of 2014, signed into law by President Yoweri Museveni of Uganda on 24 February 2014. Those who adhere to and advocate for the universal principles of human rights, regardless of nationality, religion and political views (including this organisation), must be compelled to speak out against the continued systematic persecution of LGBT communities around the world.

The Ugandan Anti-Homosexuality Act of 2014, prohibits ‘any form of sexual relations between persons of the same sex; prohibit the promotion or recognition of such relations.’[1] The Bill which was first introduced in October 2009 by ruling party MP David Bahati, had initially called for the offence of ‘aggravated homosexuality’[2] to be punishable by death.[3] After being tabled three times in parliament, it was eventually passed after the controversial clause that would have meant the death penalty for any charged with the offence was eventually omitted and replaced with life imprisonment.

The new law was enacted to further criminalise the LGBT community in Uganda along with their family, friends and supporters.[4]  Under Act 7, ‘a person who aids, abets, counsels or procures another to engage in acts of homosexuality commits an offence and is liable, on conviction, to imprisonment for seven years.’[5] This raises several concerns, not least the ambiguity of the Act.

Firstly, it places medical practitioners, humanitarian workers dealing directly or indirectly with the LGBT community in Uganda in a precarious position. Doctor-patient confidentiality may in some cases be broken, as some doctors in fear of being accused of ‘promoting’ homosexuality may feel compelled to report LGBT patients to the authorities. Worse still, LGBT patients may be deterred from seeking medical assistance out of fear of being reported to the police.

The argument that homosexuality is a Western import has been systematically used to counter opposition from international and regional critics of the Anti-Homosexuality Act. Ugandan architects of the Bill claim the homosexuality is an imported Western lifestyle that is counter to African cultural norms and values.[6] However, it is widely accepted by historians and anthropologists that homosexuality in Africa preceded the Western colonial encounter.[7]

However, the influx of fundamental American Evangelical groups lobbying for anti-gay legislation in Uganda instigated a notable shift in attitudes towards Uganda’s LGBT community. In 2012, American Scott Lively, a vocal opponent of LGBT rights had a law suit filed against him by Ugandan gay rights group SMUG (Sexual Minorities Uganda) who claim that Lively’s anti-gay hate crusade ‘has resulted in the persecution, arrest, torture and murder of gay men and lesbians in Uganda.’[8] The Director of SMUG, Dr Frank Mugisha went on to state that ‘[The idea] of a gay agenda, of recruiting people to homosexuality – that language wasn’t used in Uganda pre-2009.’[9]

Utilising doctrines of supposed cultural hegemony, the Ugandan population received the new law widely and positively. This follows a Continent-wide trend. Out of the 55 internationally recognised nation states in Africa, 38 have laws criminalising same-sex relations to some degree, or other.[10]

There is no denying that the government-sanctioned persecution of LGBT individuals and communities rights in Uganda is a popular policy that has been embraced by a cross section of generations and social classes. It is an issue that has unified the peoples of Uganda instigating a David versus Goliath style battle with the ‘immoral West’ and the God fearing conservative peoples of Africa.

This assertion was affirmed in my own fieldwork in Uganda between 2011-2012. Informal meetings and conversations with a cross-section of Ugandans inevitably led to the topic of homosexuality or as one Ugandan called it, ‘the sickness from the West’. What shocked me the most was the attitude of young educated Ugandans, usually a more progressive and inclusive demographic. Instead, attitudes towards LGBT rights were unyieldingly militant and reinforced with religious doctrine.

Attempts made to counter these malevolent views were dismissed with the assertion that although I was born in Uganda, my being raised and educated in the West, left me either ‘brain-washed’, ‘or one of them.’ These are some of the challenges being faced by human rights advocates in Uganda and the Diaspora, fighting against the Anti-Homosexuality Act.

This is a cause that carries the risk of social alienation, prosecution, violence and death.

In 2011, LGBT rights advocate David Kato was killed after his picture was printed in national Ugandan newspapers, alongside other ‘suspected gays’ under the title ‘Hang Them’. The Ugandan government has continued to turn a blind eye to news reports inciting violence against the LGBT community, increasing the risk of sporadic and organised physical attacks against LGBT individuals.

International Response to the Anti-Homosexuality Act

With the upcoming election in 2016, the NRM (National Resistance Movement) regime has sought to secure the Museveni’s political position. However, not by addressing Uganda’s chronic socio-economic problems, but feeding into the persecutory rhetoric regarding LGBT rights.

Uganda by all accounts has been a strategic asset to U.S. and U.K. political interests in the region, particularly regarding the fight against al-Shabaab in Somalia.[11] Referred to as the  ‘the donors darling’ Museveni has been equally willing to repay the influx of foreign aid by co-co-operating with the West’s strategic political interests.

This relationship has been challenged following the enactment of the Anti-Homosexuality Act. President Barack Obama stated last month that that if Museveni signed the Act into law, it would ‘complicate the relationship’ between Uganda and the United States. The U.S. currently stands as the biggest donor of aid to Uganda.[12]

In direct response to the Anti-Homosexuality Act, the USA, Norway, Sweden, Denmark and the World Bank suspended aid and financial loans to Uganda. Britain previously suspended all direct financial aid to the Ugandan government in 2012, following reports of endemic corruption and fraud.[13]

The international response has thus far been insufficient, and the act of suspending aid may only serve to penalise the most vulnerable of Uganda’s society.

Following the example of the U.K., it would be more effective for policy makers to divert aid being sent directly to government departments and instead send assistance directly to NGO organisations working in Uganda.

Last year, the European Union’s High Court ruled that LGBT individuals persecuted in their home countries should have the right to claim asylum in Europe.[14] However, as many Ugandans do not have the resources to travel abroad, and asylum can only be applied for physically in the country where the claim is being made, this avenue remains closed to a vast majority of the Ugandan LGBT community.

Evoking Article 9 (2) of the Cotonou Agreement of 2000, of which Uganda is a signatory, a more tangible EU response to the Act was discussed in the European Parliament on  13th March 2014. Parliamentary members backed a non-binding resolution imposing a travel ban against ‘key individuals responsible for drafting and adopting’ the anti-homosexuality laws in Nigeria and Uganda.’[15]

If dialogue with the Ugandan government regarding LGBT rights continues to be unsuccessful, member states should endorse a more direct approach, one of which would be the suspension of Uganda from the Cotonou Agreement, which stipulates political and economic cooperation between the EU and 79 African Caribbean and Pacific Group states (ACP). Policy makers in the U.K. and worldwide must continue to push for these proposals to give a clear message that these actions, which constitute serious and continued abuses of human rights, will not be tolerated.

Outside legal and political channels, human rights activists must continue to offer support to the LGBT community, not only in Uganda but worldwide. In March 2014, the Ugandan Society for Human Rights and Constitutional Law (CSCHRCL), which is currently challenging the constitutional legality of the  Act, wrote detailed guidelines on how individuals can assist persecuted LGBT communities in Uganda.

The key points listed below by the CSCHRCL offer a way for anyone who is an advocate for human rights to take action:

1. Speak out against the law and its implications in terms of security of the LGBT community, their allies, and the general implications of the Act on the work around public health and human rights in general.

2. Call on multinational companies that have businesses in Uganda to go public about their concerns on the Act and their future economic engagements in Uganda. KLM, British Airways, Turkish Airlines, Barclays Bank, and other companies with important interests in Uganda and that already respect and value LGBT rights in their own internal policies, should note the risk that these laws pose for the safety of their own employees.

3. Lobby your Government’s Immigration Services to adjust their asylum policy with regard to LGBTI persons from Uganda, Nigeria, Russia, Cameroon and other countries in which levels of state-sponsored homophobia are rapidly rising.

4. Use your influence and work or networks to encourage and pressure more African leaders to speak out against the rising levels of homophobia through state sanctioned Anti Gay laws.

5. Get religious leaders of all faiths (Catholic, Anglican, Muslim, Protestant, Seventh Day Adventists, Quakers, etc.) to issue statements encouraging tolerance and respect for human rights for all Ugandans and Africans.

[2]    Defined as when one of the ‘participants’ is a minor, HIV-positive, disabled or a ‘serial offender’.

[7]    Ibid; M.R. Gunda., The Bible and Homosexuality in Zimbabwe: A Socio-historical Analysis of the cultural and Christian arguments in the homosexual public debate with special reference to the use of the Bible, (The University of Bamberg Press, 2010), 372

Dr Elizabeth Laruni was a Senior Fellow at the HSC and Deputy Leader of the Human Rights and Conflict Resolution research division. 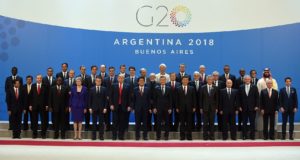