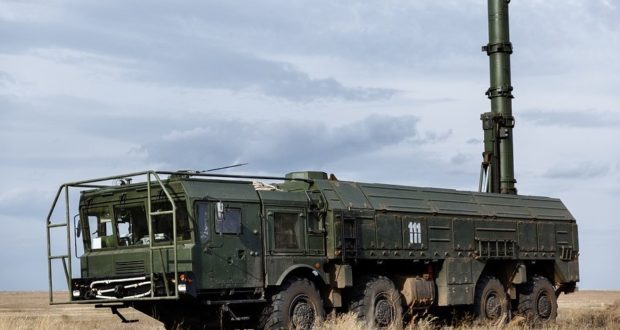 The House of Commons Defence Committee has published the HSC’s evidence to the committee’s inquiry into the potential end of the Intermediate Nuclear Forces (INF) Treaty.

The US first publically raised concerns that Moscow had violated the INF Treaty through the development of a new ground-launched cruise missile that fell within its range parameters in 2014. In late 2017, the US publicised the Russian designation of the missile – the 9M729 – and claimed that it had been fielded in limited numbers. It was also announced that the US would take measures to counter Russia’s treaty violation.

On 20 October, 2018, President Trump announced that the US would pull out of the agreement. On 4 December, US Secretary of State, Mike Pompeo, gave Russia 60 days to return to compliance with the treaty, and indicated that failure to do so would result in the US giving the required six-month notice of its own withdrawal. On the same day, NATO released a statement agreeing with the US assessment that Moscow had deployed an illegal weapon. Russia has continuously denied any wrong-doing, whilst at the same time raising dubious claims about US compliance with the agreement.

The HSC’s evidence seeks to address the broad issues raised by the inquiry, but will focus on the under-recognised point that the termination of the INF Treaty will also have consequences for non-nuclear systems.

The full submission is available here.

2019-01-21
Rowan Allport
Previous: Naturally Extremist Disasters: The Threat of Poor Response to Natural Disasters
Next: HSC Senior Fellow comments on the potential withdrawal of the US from the INF Treaty