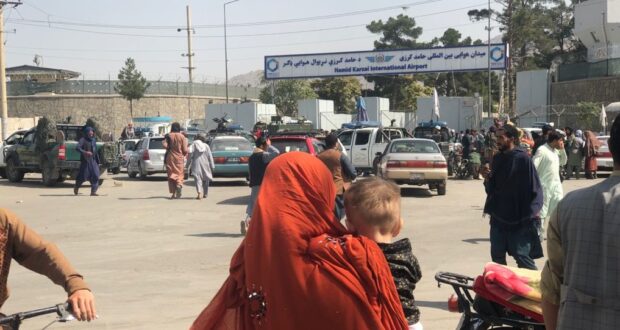 The “Moscow format” talks last month were the Taliban’s first public post-victory international meeting with 10 different states, including China, Russia, Pakistan, and Iran. While a wide range of issues, from terrorism to humanitarian aid, were discussed during the meeting, some regional players like Russia were still hesitant to grant its recognition toward the Taliban after its takeover earlier this year. China was one of the first states to call for international recognition and continuing aid to Afghanistan after the Taliban took Kabul. As friendly as China seems to be, behind such support lies its deeper strategies out of geopolitical calculations and domestic stability. To China, maintaining a stable relationship with Afghanistan provides larger economic and security incentives than just filling up the power vacuum left by the US’ withdrawal. The interaction between Taliban and regional powers, as well as Western powers, has been covered extensively, whilst only limited analysis has examined the humanitarian implications of such interaction for the Uyghurs abroad (and those detained in Xinjiang), especially those residing in Afghanistan.

At the first glance, it might seem odd that China voices and stands for the Islamic authority so quickly when Beijing labels Xinjiang’s Muslims as extremists and separatists. However, China’s long-term policy toward Kabul tells another story. Afghanistan is located at a crucial intersection not just for energy transportation from Iran but also wider access to key Central Asian land-locked countries, including Uzbekistan and Turkmenistan. On the other hand, the shared border between China and Afghanistan on the Wakhan corridor brings up possible confrontation and terrorist activities, which, from China’s perspective, points to the uncertainty of the East Turkistan Islamic Movement. In this case, China has always been cautious in dealing with its relationship with Afghanistan regardless of who takes control of Kabul. To China, security calculations always loom loudly behind its policy toward Afghanistan, in which Beijing publically takes a rather soft positions when it comes to issues, be they humanitarian or political ones. It must be recognised that even for the global War on Terror, China has never sent troops to Afghanistan to work alongside the US-led coalition.

Apart from the domestic concern over Xinjiang, standing with Afghanistan also serves China’s interests in maintaining regional stability, which is the most fundamental part of building on its success with the One-Belt-One-Road Initiative in South Asia. That is, China has to go beyond dealing with its own relationship with Afghanistan to take, or at least try to take up the leading role in moderating the relationship between Afghanistan and its neighbouring countries, especially Pakistan. Despite Pakistan’s long support for the Taliban, Islamabad is deeply concerned about the surge of terrorist threat on its border, which could also endanger the prospect of China’s flagship project – the China-Pakistan Economic Corridor (the CPEC). One example is an attack initiated by insurgents on buses that carried Chinese workers from the One-Belt-One-Road Initiative. In this context, any confrontation between China’s trading partners could sabotage its initiative with the worst-case scenario that the non-trust between Pakistan and Afghanistan impacts the willingness for both states to continue the project with China.

The complexity of such a ‘friendly’ relationship is further amplified by the withdrawal of foreign aids following the Taliban’s takeover of Afghanistan. As over 40% of Afghanistan’s GDP relies on foreign aid, the immediate economic support from Beijing, which amounted to 220 million yuan (£22m), alongside China’s diplomatic support for Afghanistan, increases the Taliban’s dependency on China, especially in the light of its undergoing effort to rebuild the government. Furthermore, the CPEC, which constitutes the largest project of the One-Belt-One-Road initiative, makes the cooperation with China more attractive to the Taliban. Through extending the corridor into Afghan territories, the subsequent construction of infrastructure could also help to improve the mobilisation of internal goods and services. Thirdly, the economic crises in Afghanistan reinforces the desperate need of the Taliban for Beijing’s economic support that could lead to the former taking leverage of whatever it can to exchange for the latter’s ‘sponsorship’. Under this decision, the first and the foremost victims are likely to be the Uyghurs in Afghanistan.

Afghanistan’s Uyghurs have expressed their fear that they will be detained and deported to China in the light of such ‘friendship’ between the two states. The worry is rooted in the fact that the Uyghurs do remain fragile in the face of the state’s power if such deportation takes place. One of their concerns is that the “Uyghur” or “Chinese refugee” on their ID cards make it easier to target the Uyghurs specifically, and it is entirely under the Taliban’s interpretation to determine whether they are militants or not, and therefore justify the detainment or deportation. The fear, invisible it may seem to be, can get tangible as the neighbouring states, including Pakistan and Central Asian states, all reported, detained, and sent Uyghurs minorities to Beijing allegedly under the One-Belt-One Road Initiatives. A report from the Uyghur Human Rights Project indicates that the stronger the political and economic link a state holds with China, the more likely transnational repression will take place in that state. And the One-Belt-One-Road initiative just helps to expand China’s influence to trace down the exiled and targeted Uyghurs abroad. In the case of Afghanistan, its unstable economic status increases the possibility that China is likely to coerce the deportation by building up large foreign debts.

The inclusion of regional players due to the One-Belt-One-Road initiative also indicates a possible sharing of intelligence and surveillance technology among states, which was also discussed during the Moscow format talks. Namely, China being a moderator among Afghanistan, Pakistan, and Central Asia states means that Beijing is highly likely to cast a wider and more systematic net on targeting the Uyghur minorities. Without the international support and any accountability system on China’s repression, the future of the Uyghurs’ liberty – let alone their support via humanitarian aid – seems dubious at best. In the face of the close Sino-Afghanistan relationship, there is also a lower chance for escaping considering the scale of such regional security cooperation.

Image: On the second day of the Taliban’s rule in Kabul, the front of Hamid Karzai International Airport was crowded with people trying to travel abroad

2021-11-17
Lily Chao
Previous: The breach in the dam: Lithuania’s rift with China and its ramifications
Next: The Right to Self-Determination for West Papuans

Lily Chao is an Associate Fellow at Human Security Centre. She holds a bachelor’s degree in law and minor in Diplomacy at National Chengchi University in Taipei. She recently graduated from MSc International Politics at SOAS, University of London, with her dissertation focusing on the security-human rights dilemma and China’s counterterrorism policy. Her experience largely focuses on International Law, human rights crisis, and humanitarianism, where she is currently a research officer in an UN accredited organization. She once represented Taiwan in the 18th International Humanitarian Law Moot for Asian Pacific Region. Her research interests include China’s Belt and Road Initiative, Myanmar’s Rohingya refugees, conflict resolution, and human right-security confrontation.