Home / Asia and Pacific / The breach in the dam: Lithuania’s rift with China and its ramifications 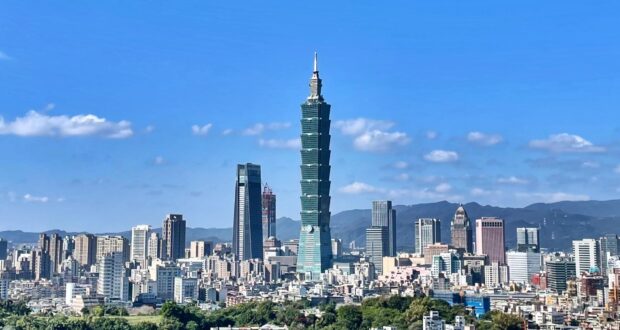 In recent months, a diplomatic row between China and Lithuania has had a ripple effect on international relations. In July, Lithuania authorised Taiwan to open a representative office in Vilnius that will be called the Taiwanese Representative Office, and announced plans to open a reciprocal office in Taiwan by the end of the year. This decision angered China: although the People’s Republic has never governed Taiwan, Beijing considers it part of its territory, and China sees the use of the word “Taiwanese” in the name of the office as a sign of support for Taiwan’s sovereignty. In retaliation, China demanded that Lithuania withdraw its ambassador in Beijing, recalled its envoy to Vilnius, limited trade, and suspended rail service between the two countries. The impact of this on Lithuania’s economy was minimal, and did more to expose the limits of China’s power on the world stage. Beijing’s fallout with Lithuania showed that the wolf’s bark is worse than its bite – and that containing China economically and diplomatically is far more feasible than initially expected.

The People’s Republic of China considers democratically governed Taiwan to be its most sensitive territorial issue, and has not ruled out the possible use of force to achieve unification. To not go against Beijing’s “One China” policy, many countries that have a similar arrangement with Taiwan have used “Taipei” – the island’s capital – rather than “Taiwan” in the name of these representative offices. The opening of the Taiwanese representative office in Vilnius, however, does not imply recognition of Taiwan as a sovereign state. The office does not operate as an embassy and, despite the two countries’ ever-closer relationship, Lithuanian officials have not made any formal declaration in support of Taiwan’s independence from China. Both the European Union and the United States have expressed their support for Lithuania, arguing that Vilnius’ move does not contradict Beijing’s “One China” policy. Secretary of State Antony Blinken also stressed the United States’ “ironclad support for Lithuania in the face of attempted coercion from the People’s Republic of China”, while the European Union has announced plans to hold an EU-China summit in the near future.

Following China’s sanctions, Lithuania’s Defence Ministry advised Lithuanians against purchasing Chinese mobile phones, and recommended that people discard the ones they have now. This advice came after a report from Lithuanian government’s cybersecurity body – the National Cyber Security Center – warned that phones sold across Europe by China’s electronics companies have built-in capabilities to discover and censor phrases in Chinese characters including “Free Tibet”, “Long live Taiwan independence” or “democracy movement”. The report went on to say that, while this feature has been switched off on phones sold in the European Union region, it can be switched on remotely at any time.

The opening of the Taiwanese Representative Office, and Lithuania’s response to China’s sanctions, are not Vilnius’ first challenges to China. In May, the Baltic country withdrew from the ’17+1’ platform, a regional network developed by China to strengthen cooperation in the areas of transport, finance, science, education and culture with twelve Central and Eastern European countries and five Western Balkan states. The now ‘16+1’ platform forms a key link in China’s Belt and Road initiative, representing a crucial transport corridor for Beijing’s exports to Western Europe and beyond.  Lithuanian Minister of Foreign Affairs Gabrielius Landsbergis argued that the arrangement did not fulfil its purpose, and provided few benefits to his country. Landsbergis also called for the European Union to negotiate with China in a ‘27+1’ format in order to obtain better leverage in Europe’s relationship with Beijing.

This series of events should come as no surprise, as Lithuania has a history of challenging authoritarian states. In 1990, the Baltic country was the first Soviet republic to declare independence from the Soviet Union. Since 2014, Lithuania has been one of Ukraine’s main supporters in its ongoing conflict with Russia – Vilnius has provided training and medical treatment for Ukrainian military personnel, and Lithuania is one of the major destinations for Russian opposition emigres. In September 2020, Lithuania provided refuge to Belarusian opposition leader Sviatlana Tsikhanouskaya when a violent crackdown followed the August presidential elections and she was forced to flee her country. Lithuania has also been an increasingly vocal critic of China’s actions in Hong Kong and its western province of Xinjiang, with the country’s parliament describing Beijing’s treatment of its Uyghur minority there as “genocide”. A long-time ally of Western democracies, Vilnius prides itself for having a “values-based foreign policy” of “supporting people supporting democratic movements”.

What did come as a surprise was the impact of Lithuania withdrawing from the ’17+1’ platform, and how it exposed the weaknesses of Chinese involvement in Europe. Despite Beijing’s quick threats and attacks, the reality is that the consequences of severing ties with China are relatively limited for many of its European partners. Trade between the People’s Republic and Lithuania, for instance, represents only 1% of the latter’s total trade, as China is Lithuania’s 12th-largest trading partner. This was evident in February when, at the most recent ‘17+1’ summit, Lithuania, Latvia, Estonia, Romania, Bulgaria and Slovenia all chose to send ministers instead of their heads of state or government, despite the fact that this was the first time that Chinese President Xi Jinping was chairing the meeting. The move was seen as a sign of growing scepticism towards China in Central and Eastern Europe, a region where it is becoming increasingly clear that China has overpromised and underdelivered.

For other European states, however, a similar fallout with China remains unlikely in the short-term, as they are more reliant than Lithuania on maintaining their trade ties with Beijing. Countries like France and Germany have significant business connections to China, while governments such as those of Hungary and Greece depend on Chinese investment. Before the European Union can confidently stand up to China’s misconduct, Brussels would need to first weaken its dependence on the Chinese markets by building more diverse supply chains, and seek to replace Beijing’s funding of major building projects in both its member and candidate states. By all accounts, the European Union is currently looking for ways to reduce dependence on China, in particular by concentrating manufacturing in Europe and increasing cooperation with countries that share similar values.

The diplomatic row between Lithuania and China was a calculated risk for the former, and its negative effects were felt much more by the latter. Vilnius’ unwavering standing of its ground, made possible by Beijing’s limited economic and political leverage, made another dent in China’s image as all-powerful. Standing up to China on a wider scale needs to be a calculated risk – made possible by minimising its wider economic and political leverage.

2021-11-13
Irena Baboi
Previous: Uncomfortable allies? South Korea’s approach to the Taiwan Strait crisis through the lens of Regional Security Complex Theory
Next: Humanitarian Implications for the Uyghur Minorities under the Sino-Afghanistan Relationship