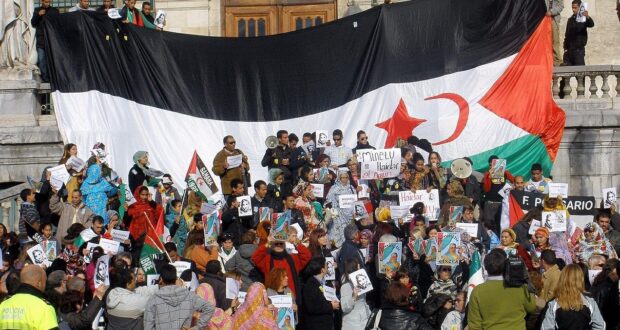 In the last months of 2020, Israel normalized its ties with four Arab countries; The United Arab Emirates (UAE) and Bahrain in September, Sudan in October, and Morocco in December. While it will take time for these relationships and economic ties to develop, the act of normalizing ties would arguably not have been agreed to had it not been for diplomatic favors and promises on the part of the United States. In the case of Morocco, the US issued a proclamation, recognizing Morocco’s sovereignty over Western Sahara, making it the first country in the world to do so. What consequences such recognition will have on what is essentially a conflict in limbo is unclear.

The history of Western Sahara is a complicated tale involving colonialism, war and a nearly 30 year-long United Nations presence. Morocco has claimed Western Sahara as an integral part of its territory, referring to the land as its Southern Provinces, since 1975. In contrast, the African Union and some 70 countries recognize the territory as an independent state, with the government in-exile, known as the Sahrawi Arab Democratic Republic (SADR), being its legitimate political force. All the world’s major powers and the UN, however, do not recognize the SADR.

Western Sahara is a large mineral rich yet mostly uninhabitable desert. There are abundant reserves of phosphate – a key ingredient in manufacturing synthetic fertilizers, lucrative fish resources, and possibly, offshore oil. The West-African territory came under Spanish colonial rule in 1884 and in 1934 was turned into a province named Spanish Sahara. Parallel to the developing legal status of Western Sahara, Morocco gained its independence from France in 1956 and only one year later re-asserted its centuries-old claim on the territory.

In 1973, a politico-military movement called the Popular Front for the Liberation of Saguia el-Hamra and Río de Oro (Polisario Front) emerged, launching a war to win independence for the territory. Two years later, Spain withdrew, leaving the region to be partitioned between Morocco and Mauritania. One year after that, the Polisario Front started the SADR, based in Tindouf, Algeria, now fighting for independence from two colonial masters. Three years following this, Mauritania renounced its claims to the territory, which Morocco annexed and has controlled since then. Today about 80% of Western Saharan territory is in Moroccan hands.

In 1991, the conflict was halted when United Nations Security Council Resolution (UNSCR) 690 was adopted and the “Mission of the United Nations for the Referendum in Western Sahara” (MINURSO) came into being to monitor the cease-fire, with the understanding that a referendum would be held to determine the territory’s future; independence or integration with Morocco. Nearly 30 years later this referendum has not yet taken place, primarily due to disagreements as to who is eligible to vote. Morocco has been using this time to influence electoral lists by resettling hundreds of thousands of citizens to shift the demographics, resulting in about two-thirds of the population in the territory today being Moroccan.

A successful yet illegal occupation

The US would appear to regard the decades-long status-quo as having done little to resolve the dispute, seeing recognition of sovereignty as a way to move forward. In this regard, the proclamation reads, “An independent Sahrawi State is not a realistic option for resolving the conflict and that genuine autonomy under Moroccan sovereignty is the only feasible solution”.

The status of the territory appears to be in a limbo, during which Morocco is successfully developing the territory and shifting the demographics in its favor. The longer nothing is done to resolve this conflict, the longer Morocco must take steps to make back-tracking developments an increasing unlikelihood. Accelerating infrastructure projects and “demographic annexation” make integration seem increasingly like the most realistic solution.

Responses to the Proclamation

Naturally, Morocco welcomed the proclamation, and the Polisario Front did not. In multiple statements following the event, the group said the recognition is “a blatant violation of the UN’s charter and the resolutions of international legitimacy” which “obstructs efforts by the international community to find a solution to the conflict”. Furthermore, it “constitutes a flagrant violation of the UN charter… and the founding principles of the African Union, and hampers the efforts of the international community in finding a peaceful solution to the conflict between the Sahrawi Republic and the Kingdom of Morocco.” And finally, realizing that its only chance at independence is through internationally-recognized mechanisms, the proclamation “will not change an inch of the reality of the conflict and the right of the people of Western Sahara to self-determination”, reaffirming Western Sahara’s “legal status is determined by international law and UN resolutions”.

The UN took the same stance, saying its position remains “unchanged”, and that the “solution to the question can still be found based on Security Council Resolutions.” The UN, along with the European Union and African Union, consider Morocco’s presence to be an illegal occupation.

Palestinians have been critical of all normalization deals, as it back-tracks to the 2002 Arab Peace Initiative, which stipulates that normalization with Israel comes only after it ends its occupation of Palestinian lands. Iran also referred to Morocco’s normalization as a “stab in the back” of Palestine.

Israel had allegedly been lobbying the US to recognize Moroccan sovereignty since 2018, after President Netanyahu is believed to have met in secret< with Moroccan foreign minister Bourita. Despite having no official ties since 2000, informal tiestrace their roots to Morocco, with about 50,000 visiting every year and thousands of Jews continuing to live there.

Various Arab countries welcomed the deal. Egypt’s leader hailed the deal as an “important step towards more stability and regional cooperation”, with Oman expressing similar sentiments. The UAE went a step further and recently opened a consulate in Laayoune, a step Bahrain and Jordan have also pledged to take.

Former colonial ruler Spain welcomed the normalization. However, Madrid also rejected the US proclamation recognizing sovereignty over Western Sahara, maintaining UN resolutions are needed. And within the US government itself, criticism was voiced against former President Trump’s unilateral recognition, with some politicians voicing support for the Sahrawi peoples’ right to self-determination.

Returning to the Status Quo?

Despite US politicians disagreeing with the proclamation, the act of Morocco normalizing ties with Israel has gained bi-partisan support. This leaves the question of what will happen now that new leadership has entered the White House, especially because in January 2021, the US Ambassador to Morocco visited Dakhla in Western Sahara to launch the official process for opening a US consulate in the territory.

Reversing course on recognition may seem to some to be the right thing to do, resetting the status-quo under international law. However, such an act by President Biden would send a clear message to other Arab states potentially looking to normalize ties with Israel; For if the US were to go back on the agreement, then Arab states may be hesitant to normalize, for they may no longer receive the benefit initially warranted to them. Ultimately, the chance of US policy taking 180 degree turns from administration to administration is a problem, as it makes the US an unpredictable, unreliable and untrustworthy partner in the medium to long-term.

Even without this deal and the accompanying proclamation, the 30-year long status quo was beginning to shift. In November 2020, the UN-administered cease-fire was violated with Morocco and the Polisario Front exchanging blame, increasing the fear of a resumption of hostilities. Morocco alleges the Polisario Front closed a road leading to the Guerguerat crossing to Mauritania, to which it responded by sending in troops into the no man’s land to set-up a “security cordon” and re-opening traffic. The Polisario Front stated protesting civilians had blockaded this road and the crossing, claiming no involvement. The Polisario Front subsequently declared the 1991 cease-fire to be over, effectively re-entering a state of war with Morocco and attacking the Moroccan army, though Morocco said it had not been attacked. This all follows the collapse of UN-led talks some few months earlier.

In February 2020, the Polisario Front said that they had been left with “no options except escalation, and using all means for self-determination, including armed action in the case of failure of all political solutions”. In regards to the 30 year long failure to hold a referendum, the Polisario’s representation to the UN in Geneva expressed their disappointment at inaction and re-asserted their will to continue the fight, saying that the “hate our people have in their hearts is bigger than whatever guns Morocco has”. These threats would appear to have materialized even though Morocco has stated it intends to stick with the cease-fire agreement ended by the Polisario Front.

At the same time as the US launched the process to open its consulate in Dakhla, it was also revealed that Morocco will be purchasing Patriot air defense missile systems from the US, the timing implying a possible connection with the normalization. In addition to these, Morocco has purchased 36 M-106 mortar carrier vehicles, 60 M109A5 155mm self-propelled howitzers, 346 M113 tracked APCs, 469 M113A3 tracked APCs, 55 M-88 tracked armored recovery vehicles, and 162 M-1A1 Abrams MBTs from the United States since 2000. In 2020, 25 F-16 fighter jets and 24 Apache attack helicopters were also purchased. This makes it seem unlikely the Polisario Front could win a conventional war. However, the conflict is on the diplomatic front as much as it is on the battlefront, with the Polisario Front having representations in nearly “every European Union capital, Russia, the US, Australia, and many other countries.”

The conflict over Western Sahara is one of complication and intrigue. The UN has failed to hold a referendum, the Polisario Front unilaterally declared war with Morocco, the first major power took a stance, Morocco increased its military might, Sahrawi motivation is high, and with the current state of affairs, the Polisario Front may find it justified to begin open conflict as its best, if not only, remaining option. While such an action would open a slew of hypothetical scenarios, including the potential involvement of Mauritania, Algeria and now the US, in the end, the only thing that may be certain is that the status quo which has held Western Sahara in a state of limbo for decades will not achieve a resolution.

2021-02-05
Oliver Hegglin
Previous: Legal challenges in combating piracy in the Gulf of Guinea – gaps between national and international law
Next: A long way from home: the unexpected smart power role of Japan Self-Defence Force Base Djibouti