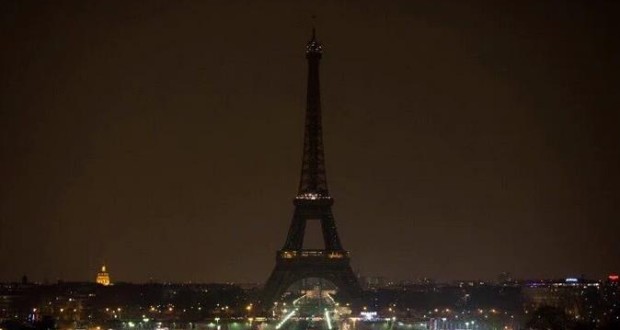 HSC Press Release in Response to Terror Attacks in Paris

The Human Security Centre (HSC) stands in solidarity with the people of France following the brutal attacks in Paris on Friday. Islamic extremists went on a violent rampage killing at least 120 people and injuring many more. Multiple suicide bombs detonated outside the Stade de France during a friendly football match between France and Germany; restaurants in the 10th and 11th districts of the capital were attacked with fully automatic weapons; and hostages were taken at the Bataclan concert theatre.

This heinous assault specifically targeted innocent civilians in densely populated areas who were partaking in cultural activities and organised entertainment. It constitutes as direct an attack on our way of life as there could possibly be and seeks to create the black and white world Islamic State so desires.

Since the 9/11 attacks, the modus operandi of Islamic terrorist groups has changed and with it has the threat we are facing. The threat deriving from ‘traditional’ cell-based terrorist attacks conducted by perpetrators trained and/or logistically supported by foreign non-state or state actors has diminished thanks to the excellent work of our security and law enforcement agencies, whose bravery is to be applauded. However, terrorist attacks carried out by autonomous individuals (‘lone wolves’) or small groups that are inspired by foreign actors but conducted without their material support has drastically increased. The nature of terrorism will continue to change, evolve and adapt. Consequently, we must continue to confront, fight and eliminate it at every given opportunity – both militarily and intellectually.

Whilst the attacks were a tragedy for humanity, it cannot pass without us highlighting the great displays of humanity by the people of Paris. The #PorteOuvert hashtag undoubtedly saved lives, as Parisians opened their homes to offer shelter to strangers. Taxi drivers turned off their meters and took fleeing people to safety free of charge. Facebook activated a feature allowing people both to confirm they are safe and for their friends and families to check. This morning long queues have formed in Paris to donate blood to the victims. This is a tremendous show of the generosity, empathy and charity of the human spirit and we would be remised to ignore this brilliant light in the darkness.

The HSC implores all not to engage in the line drawing and wall-building that Islamic State wants, but to embrace our commitments to coexistence with all cultures. The poisonous ideology of Islamism must be challenged by all, it is clear that the path of silent disagreement holds no virtue.

It must also not be forgotten that attacks have been carried out in Beirut and Baghdad. We must see ourselves as a global community committed to the rights of all people to live in peace and safety. The HSC extends condolences and heartfelt wishes to the victims in all of these attacks and to their loved ones left behind in mourning.

The perpetrators wanted to bring Paris to its knees, but they have only brought France to its feet. We have seen their spirit before in the wake of the Charlie Hebdo and kosher supermarket massacres. It cannot be broken.

Over the next few days we will see speculation concerning what ‘made’ the terrorists carry out the attacks. Once again terrorists have justified their barbarism under the false premise of challenging the West’s unethical foreign policy; and yet again too many have all too readily bought into their narrative. The terrorists hate us not only because of what we do but because of who we are. If you set aside foreign policy, terrorists would still hate our freedom, democracy, rule of law, gender equality and religious pluralism. “Those who can make you believe absurdities can make you commit atrocities” – Voltaire once said. Terrorists live and breathe absurdities.

The HSC is available for comments. Please email cathy.oceallaigh@hscentre.org