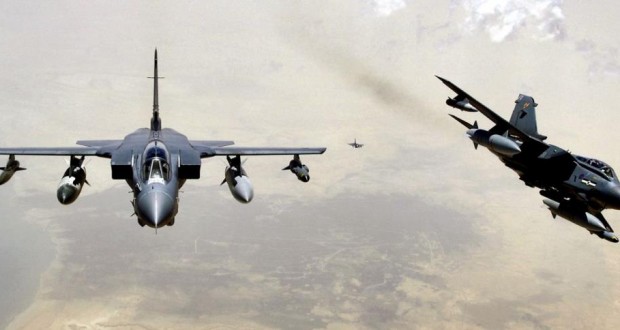 The Human Security Centre is pleased to announce that the UK parliament’s Defence Committee has published our submission on the situation in Iraq and Syria as official evidence. You can read and download the full report here.

Formed in 2006 as an umbrella organisation of al-Qaeda, the Islamic State of Iraq and Syria (ISIS), now self-styled as simply ‘The Islamic State’, poses one of the greatest modern threats to international security. Believed to have over 30,000 fighters across Iraq and Syria,  not to mention gaining support outside the Middle East, it has become famous for its brutal tactics, including the beheadings of Western journalists, and, as well as killing thousands, has driven millions from their homes in Iraq, Iraqi Kurdistan and Syria.

For a little over three months, the US-led coalition has been conducting airstrikes against ISIS. With the support of local forces, significant victories have been scored against the jihadists, inter alia, the end of the siege on the Yazidis of Mount Sinjar, the ISIS retreat from Mosul Dam and the prevention of massacres in the cities of Amerli and Kobane. However, the physical reality of current UK strategy is one of containment rather than elimination.

With regards to the ultimate aim of British involvement, the Prime Minister David Cameron told the House of Commons immediately prior to the vote on taking military action in Iraq that, “we want to see ISIS degraded and then destroyed as a serious terrorist force”.  Airstrikes alone are insufficient to defeat the group and, over time, ISIS will likely develop asymmetric schemes to strike back – potentially against the UK itself. Our efforts to empower local forces on the ground facing ISIS have so far been derisory compared to the capabilities the UK could potentially offer. As such, this inquiry is very timely and provides an opportunity to help shape a new way forward where Britain’s actions are more in keeping with its stated policy.

It is the strong belief of the HSC that the crises in Syria and Iraq must be seen as one war and we recommend that the British Government expands its military campaign into Syria. ISIS does not respect the concept of nation states. The caliphate has no borders and they will advance as far as we allow them to. The next targets are likely to be Turkey, Lebanon and Jordan. Consequently, our strategy against ISIS must be driven to a large degree by our regional strategy. We cannot address Iraq’s problems adequately without finding a long-term solution to the Syrian civil war.

It is the view of the HSC that the elimination of ISIS is tied to the downfall of the Government in Damascus. President Assad, responsible for hundreds of thousands of deaths, has lost all legitimacy and must be removed from power. Any strategy that foresees the cooperation with the Syrian Government in the fight against ISIS, in part or in whole, must be dismissed as morally reprehensible and self-defeating. The civil war has been the primary catalyst for the surge of extremist groups, and to give legitimacy to the Government in Damascus would mean to support the very same actor that has helped give rise to ISIS in the first place.

The HSC also notes that airstrikes alone seldom result in a comprehensive victory. The US-led coalition’s campaign has arrested ISIS’ advance, but the war will ultimately be won on the ground. The Iraqi army has proven unable to stop ISIS; the Assad regime has proven unwilling; and the Kurds have been proven willing and able but have not been given adequate assistance. With few exceptions, the jihadists still hold the same territory as they did before the start of airstrikes. Recent weeks have seen a considerable escalation of US involvement on the ground in mentoring Iraqi forces, but the UK has so far failed to make more than a token effort in this direction. We understand and acknowledge the lack of public support and political capital for another military escalation in the Middle East, but nonetheless recommend that the UK gives serious consideration to increasing its level of military involvement – including the potential use of ground troops in a support and/or stabilising role.