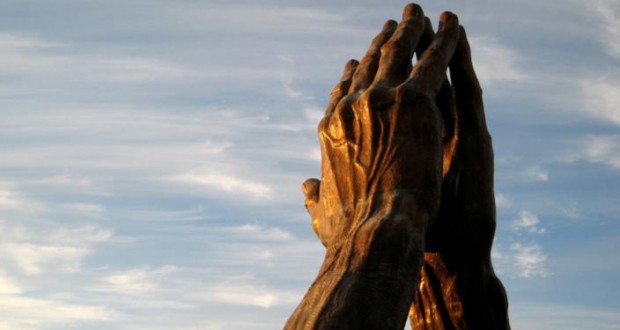 The EP Intergroup on FoRB & RT is one of the 28 official Intergroups in the 2014-2019 European Parliament mandate. The group sets out to investigate the state of freedom of religious belief and tolerance, much in the same spirit as the United States Commission on International Religious Freedom (USCIRF). Another strong voice in this field can hardly come at a better time – a time when religious freedom is fast becoming an anachronism in countries where sectarian violence is not only a regular occurrence, but an all-consuming political philosophy.

A month after the Intergroup was introduced in the European Parliament in January 2015, its Co-Presidents commissioned the HSC to support the fulfilment of its mandate through regular monitoring, in-depth country reports, identification of countries of particular concern and the preparation of a research pack leading to its Annual Report. HSC Directors, Julie Lenarz and Dr Dwayne Menezes, served as Principal Consultants to Dr Dennis de Jong, Co-President of the EP Intergroup on FoRB & RT.

The Annual Report was launched at an event on 3 June 2015 hosted by the EP Intergroup in collaboration with the United States Commission on International Religious Freedom (USCIRF). Speakers included the Chairs of the EP Intergroup on FoRB & RT and USCIRF, as well as the Director of Human Rights at the European External Action Service (EEAS).

The report includes chapters on five regions: the Americas, Africa, Asia and Europe; detailing specific violations and statistics carried out against religious minorities and atheists by governments as well as non-state actors. The final chapter outlines specific recommendations to improve the promotion and protection of FoRB both within the EU apparatus and in its external interactions with other countries, as well as making specific recommendations for action on countries of particular concern.

The Islamic State (IS) has directly and systematically targeted various diverse ethnic and religious communities in Iraq and Syria. Christians were forced to either flee, convert to Islam, pay the jizyah, or otherwise face death. Yazidis, a religious group almost exclusively composed of ethnic Kurds, have faced what a UN official admitted may be genocide. IS has also killed thousands of Sunni Muslims who refused to pledge allegiance to the group and have carried out atrocities against members of the Shi’a community.

Recent months have seen the capture of a number of Libyan towns by fighters who pledge allegiance to IS. Other extremist organisations have a notable presence in the country, including Ansar al-Sharia, the group blamed for the attack on the US consulate in Benghazi in 2012. Beyond divisions over governance, Libyan society is beset by a poor security situation that has an obvious impact upon religious freedom.

Yemen’s democratic process is continuously threatened by Islamic extremism and tribal antagonism, which, at times, leaves power in the hands of individual tribe leaders as opposed to a recognised state entity. As such, the general acceptance of even other Abrahamic religions is in question, let alone other religious minorities outside of the monotheistic faiths. Anti-Semitic violence has been a growing corner since the ouster of President Saleh in 2011 and tensions are running particularly high since the Houthi rebels have taken control of the Yemeni government in a coup d’état.

The Kingdom of Saudi Arabia is one of the worst violators of FoRB in the world. The degree to which the country restricts the right of freedom of religion or belief other than Sunni Islam is unique and extreme even by the standards of other violators. Not a single church or other non-Muslim house of worship exists in the country and in 2014 they passed a new law which effectively defines atheism as an act of terrorism.

In Iran the law heavily discriminates against non-Muslims, who are barred from all influential positions in central state organs. For example, the President must be Shi’a Muslim, and no one can become a Commander in the Iranian Army, a Member of Parliament or a judge at any level unless he is Muslim. Non-Muslims are also barred from publicly expressing their religious affiliations, and proselytism is punishable by death. The government regularly confiscates Christian and other non-Islamic literature. In addition, the penal code gives Muslims preferential status and discriminates against non-Muslims by handing down harsher sentences.

In Pakistan, blasphemy laws are routinely abused to settle personal disputes and to persecute religious minorities. Vigiliantism, particularly against those accused of blasphemy is regular and brutal, with one case involving a Christian couple being burned alive in their own kiln for allegedly disrespecting the Qu’ran. Non-Sunni Muslims including Zikri Baloch, Shi’a and Ahmadiyya face discrimination by the Government and violence at the hands of terrorist groups like Jundullah.

“Religious based violence is a global epidemic and we witnessed a particularly deadly outbreak in the year 2014. Consider, for example, the wave of terror unleashed by IS in Syria and Iraq or the sharp increase in attacks by Boko Haram in Nigeria. Religious freedom is substantially curtailed in more than half of the world’s nations and violations are indicative of a pattern of widespread and systematic attacks against civilian populations and often amount to crimes against humanity or other international crimes. Religious freedom, including the right not to hold religious beliefs, is a basic human right that should exist everywhere in the world, whatever the predominant faith or belief in a given region and is integral to the establishment of a just and inclusive society.”

“Violations of religious freedom do not always manifest in the first instance as religion-based violence. The introduction of anti-conversion laws in various states in India, laws restricting the activities of unregistered religious groups in China, and laws criminalising the distribution of certain religious literature in various post-Soviet states create an environment where the intimidation, discrimination and harassment of minority groups is rendered all the more likely. Then, it is not just in Muslim-majority countries that religious freedom is under threat. The rise of Hindu nationalism in India and Buddhist nationalism in Myanmar stand out as some of the biggest socio-political challenges of our time. Conversely, the alienation and stigmatisation of Rohingya Muslims in Myanmar is rightly seen as one of the worst humanitarian crises. There is an urgent need to protect the right of religious minorities to profess, practice and propagate faith without intimidation, harassment or violence.”

The Human Security Centre (HSC) is a non-profit, non-partisan international affairs think-tank based in London, with interests in foreign, defence and security policy. The mission of the HSC is to enable intergovernmental, governmental and non-governmental organisations address current and emerging threats to human security more effectively. As part of its wider commitment to human security, the HSC places special value on promoting the freedom of religion and belief and monitoring violations of this oft-neglected freedom around the world.