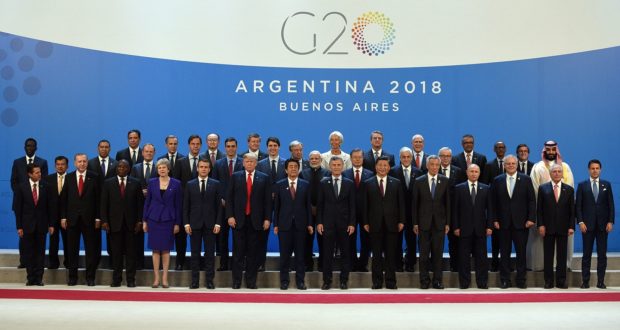 With the first month of 2019 already concluded, the triumphs and shortfalls of 2018 appear increasingly distant, with new issues and priorities quickly taking their place. However, with many governments only recently returning to full function after their New Year breaks, now is an opportune time to reflect on the year that was and contemplate what lies ahead for 2019.

The year that was

2018 opened on a serious note, with the UN Secretary General issuing a red alert for the world. As the year unfolded, the UN Secretary General’s warning – which included concerns regarding increasing inequality, climate change and heightened threats of conflict – remained relevant and foreshadowed many of 2018’s most significant events and themes.

Unsurprisingly, conflict was one such theme that was predominant in 2018. Positively, the year saw the resolution and mitigation of some disputes. Of particular note, Ethiopia and Eritrea brokered a peace deal, whilst Australia and Timor Leste settled their long disputed maritime boundaries. More significantly, North Korea’s nuclearisation was somewhat abated with the state committing to denuclearisation following a string of international summits.

Concerningly however, 2018 also saw the continuation and intensification of a number of conflicts around the globe. Markedly, the Syrian conflict intensified with suspected chemical attacks and retaliatory air strikes by the US, France and the UK. Tension and instability also rose in Venezuela and the Philippines, where questionable human rights and political practices became increasing norms. Comparatively, little headway was made in resolving the devastating conflict in Yemen and the state was declared to be experiencing the world’s worst humanitarian crisis – with over half of the state’s population (some 14 million people) facing pre-famine conditions. Conversely, the US’s departure from the JCPOA intensified concerns regarding the proliferation of nuclear weapons in the Middle East.

Closely associated with the aforementioned conflicts, migration and inequality reflected other significant themes and events for 2018. Positively, data released by the UN in 2018 revealed a number of encouraging trends for the international community. For example, the 2018 Sustainable Development Report revealed individuals around the globe were living better lives than they were a decade ago. Likewise, the 2018 World Economic Situation and Prospects Report revealed the world economy grew by over 3% and was likely to remain steady. However, the UN data also indicated these positive trends were being jeopardised by contemporary conflicts, rapid urbanization and environmental degradation – a reality which was clearly demonstrated with the tens of thousands of Central American’s migrating in response to regional instabilities and inequalities throughout 2018.

Another key theme for 2018 was multilateralism, more specifically challenges to it. Of note, throughout 2018 multilateralism was subject to repetitive criticism and denunciation such that it was seen to be in crisis.

Leading the destabilisation of multilateralism was the US, with the Trump administration inter alia withdrawing from the UNHRC and JCPOA and heavily criticising long-standing treaty alliances such as NATO. However, these actions were somewhat counterbalanced by other states denouncing the US’ position and reiterating the value and necessity of multilateralism. Such was the case in the joint statement of the UK, France and Germany following the US’ departure from the JCPOA and more subtly through the establishment of a number of ground breaking trade deals – which included the EU-Japan Economic Partnership Agreement (covering 30% of global trade) and the Comprehensive and Progressive Trans-Pacific Partnership (with signatories economic output representing around 16% of global output).

As in years past, the environment and climate change were again an important theme for 2018. Positively, 2018 saw an increase in the acknowledgement of climate change and its impact on human security. Arguably the result of ongoing efforts to prioritise such issues, environmental protection and regulation were also common themes in the year’s international policy domain. Likewise, reports of state’s increasing their renewable energy capacity throughout the year reflected a positive shift in the prioritisation and implementation of such policies.

Less anticipated, freedom of press and technological threats were also major themes for 2018.

Freedom of press repeatedly made headlines throughout the year, with journalists being targeted for spreading fake news and numerous administrations being seen to suppress investigations and critique. Similar occurred in respect of social media, with a chain of investigations and privacy reforms occurring after social media conglomerates were tied to influencing political advertising. Whilst these events often appeared as outlying issues, they served as a stark reminder of the important and often underappreciated role of the press in keeping both administrations and democracy in check.

Finally, whilst quickly fading from populist headlines, a number of cyber-attacks were reported throughout 2018. Similarly, a number of states emphasised their intention to create military forces dedicated to outer Space. Such events not only highlighted the practical difficulties faced by states in securing their assets and technologies, but they also challenged established perceptions regarding zones of conflict.

Overall, summits, protests and conflicts characterised much of 2018. Whilst varying in their nature, each event contributed to 2018 and set a clear foundation for 2019.

To this end, conflict will remain a key theme for 2019. In this regard, established conflicts are likely to continue, with 2018 seeing many of these intensify rather than abate. Moreover, as 2018 saw mistrust grow amongst the international community, the threat of conflict is also likely to remain high.

Similar can be seen in terms of multilateralism and inequality, with the continuation of their unhinging foreseeable into 2019 as states seek to counterbalance the realities of domestic and international policy. Examples of this can already be identified, with the US Federal Government’s closure for much of January 2019 and Brexit debates defining much of the UK’s 2019 political landscape. Likewise, in the unresolved and inconsistent approaches being taken in respect to climate change and environmental degradation.

The UN Secretary General’s opening remarks for 2019 reflect these views, emphasising the growing trends of inequality – both amongst and within states around the globe – and challenges to multilateralism as key issues for redress in 2019.

Security and stability are also likely to be key themes for the year ahead, particularly with 2019 being a preparatory year for a string of important domestic political elections in 2020. In this regard, intelligence agencies in the US have cautioned about the threats posed to the state’s economy and military by competing states – particularly China and Russia, in addition to terrorist organisations, hacktivists and transnational criminals.

Appreciating these factors and the staunch warnings contained in the 2019 Global Risk Report – namely that humanity was ‘sleepwalking its way to catastrophe’, in looking ahead, it is apparent that 2019 will need to be a year of initiative and action. To this end, whilst positive developments are identifiable in years past, there are still a number of issues that are critically impacting the security and stability of the globe.

Conscious of these factors, 2019 can be a defining year. Optimistically, it could see the continuation of positive trends and the reduction of conflicts. Comparatively, it could also easily see the perpetuation of negative trends and instability. As such, 2019 should be approached delicately, with the difficult issues that lie ahead not being characterised as insurmountable obstacles but opportunities for resolution and improvement.

2019-02-04
Alexa Reith
Previous: HSC Senior Fellow comments on the potential withdrawal of the US from the INF Treaty
Next: “1 in 5 million”: Serbia’s struggle for democratic rights and freedoms