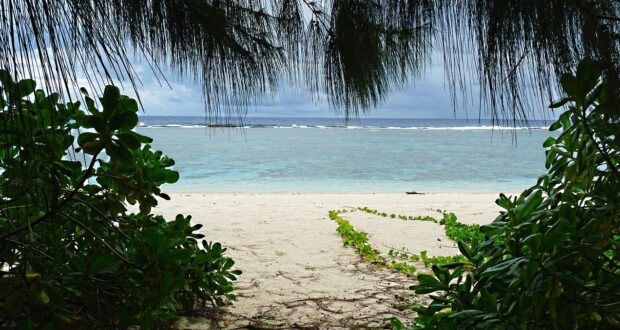 Under international law, treaties and instruments create an obligation for States to decolonise foreign territories. Arguably the most pre-eminent example of this is the United Nations General Assembly Resolution 1514 (XV) Declaration on the Granting of Independence to Colonial Countries and Peoples. Whilst originally only containing limited legal status as a General Assembly Resolution, Resolution 1514 (XV) is today widely recognised as being crystalised into Customary International Law (CIL). The consequence of this is that its content, including the obligations to decolonise that it creates, are legally binding on all States. In effect, this means that all colonised countries are entitled to decolonisation. This has been occurring in waves since the end of the Second World War, as European powers grant independence to their colonies. However, a number of territories remained colonised, as recognised by the UN’s list of ‘Non-Self-Governing Territories’. These territories are almost exclusively islands in the Pacific or Atlantic Oceans. The exception to this is the large, disputed Western Sahara region. However, ultimately, colonisation is not lawful under international law as a result of to the crystallisation of Resolution 1514 (XV). On top of this, the principle of sovereignty and the right to self-determination reaffirm that colonisation is not lawful.

Foremost, the international principle of State sovereignty in effect, prohibits colonisation. A result of this principle is the notion that one State should not have power over another. The International Court of Justice (ICJ) has considered sovereignty to be ‘an essential foundation of international relations’. This speaks to the principle’s centrality in defining what it means to be a ‘State’ in international law and the Westphalian international system. To be respecting another territory’s sovereignty, a State must respect their territorial integrity and political independence. This means allowing the territory to have exclusive jurisdiction over its internal functions, and respecting this exclusiveness. Instances of a foreign power exercising control over another territory – such in the cases of colonisation – are clearly not fulfilling the definition of respect for sovereignty, because the foreign power is encroaching on the other States’ ability to perform their own political movements.

As was recognised by the ICJ in its 2019 Advisory Opinion looking at the legality of the separation of the Chagos Archipelago from Mauritius in 1965, external self-determination applies to a ‘people’ within a Non-Self-Governing Territory. The element of Non-Self-Governing Territory is a matter of form, determined by the UN. What constitutes a ‘people’ is less clear, but in its 2010 Advisory Opinion questioning whether Kosovo’s claim for independence was a violation of international law, the ICJ listed subjective and objective elements for determining if a group can constitute ‘a people’. These included traditions, ethnicity, historical ties, language, religion, and common suffering are objective elements, and the subjective element was a common belief that they are a ‘people’.

Of course, some territories have not followed this international law standard to obtain full independence. French Guiana integration into France as an overseas territory exemplifies a territory that has not followed a path to independence. However, international law nonetheless provides an incomplete, evolving framework for decolonisation law that recognises that when the UN recognises a territory as being colonised, and the people on the territory can be considered a ‘people’, they have the right to be decolonised on the basis of the right to self-determination. However, more than this, the ICJ in the Chagos Advisory Opinion also articulated the right to be one erga omnes, meaning it is so foundational to international law that if it is breached, all States are considered to be impacted. It logically follows therefore that all States have an interest in ensuring the right is respected and upheld, and therefore that decolonisation occurs.

Yet despite this comprehensive body of law prohibiting colonisation (both outright and as a consequence of its effect on the right to self-determination and sovereignty), there are still cases in modern geopolitics where one State is an imperial power over a foreign territory. The continual existence of these territories is for a variety of reasons, with colonial powers unwilling to decolonise due to the strategic value of the territory – for example, Guam is of strategic importance to the USA as a result of its location in the Asia-Pacific region, close to China and North Korea. Alternatively, in some circumstances, independence is not necessarily the preferred outcome for the inhabitants of the territory. For example, French Polynesia has been listed as a Non-Self-Governing Territory since 2013, but a majority of French Polynesians support remaining in France due to the economic support.

Nevertheless, under international law, the principle of sovereignty and the right to self-determination reaffirm that colonisation is not lawful, and per Resolution 1514 (XV), colonial powers should take ‘immediate steps … in Trust and Non-Self-Governing Territories or all other territories which have not yet attained independence, to transfer all powers to the peoples of those territories, without any conditions or reservations / in order to enable them to enjoy complete independence and freedom.’

Image: A beach in the US territory of Guam (Source: Laura Beuregard via CC BY 2.0)

2021-07-05
Jessica Honan
Previous: Taiwan and the Senkaku Islands: has Suga opened a can of worms?
Next: The Prospect of Heavy-Lift Helicopters for Switzerland