Home / Asia and Pacific / Taiwan and the Senkaku Islands: has Suga opened a can of worms? 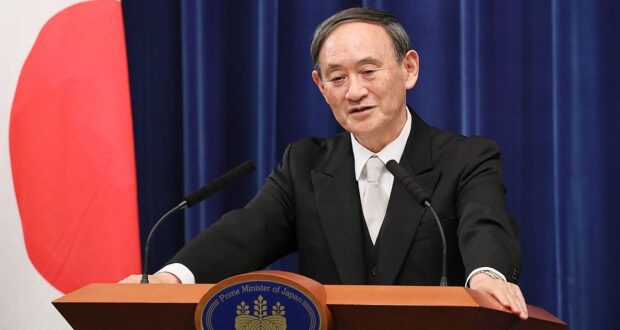 Japan and Taiwan share complex bilateral relations. After all, Taiwan was controlled by Japan for five decades from the Treaty of Shimonoseki of 1895 until the Japanese Empire’s defeat at the end of the Second World War in 1945. Japan’s loss of its Asian territories naturally meant that civil wars commenced in the region, with one side usually being supported by the US, with the other side normally being supported by the Soviet Union. The Chinese Civil War is an example of such a conflict, with the outcomes including the foundation of the People’s Republic of China (PRC) in 1949 and the subsequent flight of the Kuomintang (KMT) to Taiwan.

Due to tensions between the PRC and Taiwan, Taiwan is notably absent from international and regional organisations. The Trump era saw remarkable improvements in bilateral political relations and military cooperation between the US and Taiwan, with the PRC’s viewpoint often left out of the equation when it came to US arms sales to Taiwan. The summit between Prime Minister of Japan Yoshihide Suga and US President Joe Biden at the White House in April 2021 was, naturally, an occasion for calls to strengthen the US-Japan Security Alliance, as well as for multilateral cooperation through the Quad, ASEAN, and the trilateral US-Japan-South Korea alliance. Many remarked on the rapport between Biden and Suga, who are allegedly on first-name terms.

However, it has been pointed out that despite US support for Taiwan, Japan’s recent proclamations have been notably neutral and one might even say timid so far, with Suga stating during a parliamentary debate that the inclusion of Taiwan in a joint US-Japan statement would “not presuppose military involvement”, leading many to doubt whether Japan would come to the aid of its security allies in a conflict scenario. This is also concerning for Japanese conservatives, considering that former Prime Minister Shinzō Abe’s legacies include constitutional revision and expanding the capabilities of the Japan Self-Defence Forces (JSDF).

What complicates matters further is the ongoing Senkaku Islands dispute between Japan and China, with possible reasons for China’s increasingly aggressive approach ranging from Chinese demand for natural resources to historical issues connected to Japan’s wartime aggression against China. On the other hand, Japan denies the very existence of the issue, with one Japanese expert referring to this approach as a ”double-edged sword” given Japan’s claims for territory involved in other disputes with Russia and South Korea. Many forget that Taiwan also claims the Senkaku Islands as its own territory. Given the stubbornness shown by the Suga administration’s insistence on the Tokyo Summer Olympic Games being held in 2021, which has been linked to reasons such as national prestige, the dreaded prospect of the next Olympic Games being held in Beijing and even Suga’s obligation to call another election by 22nd October, the Suga administration probably will not reach any compromises over the islands’ status in the foreseeable future.

Taiwan’s approach towards the Senkaku dispute has been identified as having a “soft” side and a “hard” side, with the latter side involving the dispatch of Taiwanese Coast Guard vessels to, somewhat surprisingly, engage Japanese ships with their water cannons. Given its position, one would expect Taiwan to support Japan’s claim in this situation. However, it goes to show how sometimes priorities of one state are not quite those expected by other actors. Opposition to Japan in the Senkaku dispute is not something unanimously shared in Taiwan, either: even President Tsai In-Wen’s own Democratic Progressive Party (DPP) takes a decidedly pro-Japan stance, forcing Tsai into an awkward position when she declared the islands Taiwanese territory in appeasing the largely KMT opposition. It is therefore possible to argue that Taipei’s position is not merely anti-Beijing or anti-Tokyo, but instead complicated by a dilemma between antagonising Beijing on one hand and losing Tokyo’s trust and support on the other hand. The PRC’s approach to the Senkakus, by contrast, seems to have undergone three key stages: “normalising China’s presence”, “exercising control”, and ultimately “taking over” by means of directly challenging Japanese control over the islands.

If Taipei wishes to maintain and safeguard its sovereignty, then reaching a compromise and supporting Tokyo in the Senkaku dispute seems to be a risky yet necessary option. This is largely because of the possibility that the Senkakus themselves may represent a component of the PRC’s overall approach towards minimising Taiwanese sovereignty and eventual absorption of Taiwan into the PRC. This would be a nightmare scenario for Taiwan, as this would lead to the very legitimacy and existence of the Taiwanese state being called into question. There are, however, significant signs that Japan’s approach to Taiwan is changing. For example, at a recent parliamentary debate Suga publicly referred to Taiwan as a “country”. Chinese officials were quick to condemn this, referring to Japan’s “One China” policy and subsequent treatment of the PRC as the only legal Chinese state following the normalisation of Sino-Japanese relations in 1972. What is perhaps more reassuring from a Taiwanese perspective is the fact that the Japanese Minister of Defence is none other than Nobuo Kishi: Abe’s younger brother and a pro-Taiwan hardliner, who visited Taiwan as recently as September 2020.

Part of the discourse on bilateral Japan-Taiwan relations features the considerable Taiwanese assistance lent to Japan in response to the 2011 Great East Japan Earthquake and Tsunami. This is an aspect which is far from forgotten, rather it has been extensively covered in recent months following the tenth anniversary of the disaster, with head of the Japan-Taiwan Exchange Association (Japan’s de facto embassy in Taiwan) Hiroyasu Izumi expressing gratitude to the Taiwanese people for their support. As part of what could perhaps be considered it returning the favour, Japan has donated 1.24 million doses of the AstraZeneca vaccine to Taiwan. Unsurprisingly, this move attracted swift criticism from PRC Minister of Foreign Affairs Zhao Lijian. A somewhat more bizarre manifestation of mutual goodwill between Japan and Taiwan was mirrored in the sudden rise in popularity of Taiwanese pineapples in Japan, which had been banned by the PRC in February. Even Abe took to Twitter at the end of April in order to express his approval for the pineapples, stating that “they look delicious”. Whatever disagreements Japan and Taiwan have over the Senkaku Islands, they can still be referred to as “partners”.

Much depends on the interaction between Taiwan and international institutions. In May 2021, Taiwan was basked in praise from the G7 for its efforts in tackling COVID-19, as well as support for “meaningful participation” in the World Health Assembly (WHA) and World Health Organization (WHO). This may well indicate the start of a shift in opinion on the part of large chunks of the international community on Taiwan’s status and the role it could potentially play in international institutions. A case in point could be the recent G7 Summit which took place in Carbis Bay, Cornwall. Australia, South Korea, India, and South Africa were invited to and did indeed participate in the summit. While some commentators have criticised the summit for not including the broader G20 and for representing “empty posturing”, in any case it has allowed several key changes to be reflected and understood. For starters, whilst distancing itself from the “America First” agenda of the Trump administration, the US now seems to have reasserted its status as “leader of the free world”. It also seems that during the G7 summit both the US and Japan played key roles in leading the debate on how to counter China’s rise, with the formulation and undertaking of a new countermeasure against China’s Belt and Road Initiative (BRI) that has been referred to as the Build Back Better World (B3W). Furthermore, this summit is the first occasion on which Taiwan has been mentioned in the G7 communique, which also contained an unexpectedly blunt warning towards Beijing over tensions in the Taiwan Strait. In turn, this message was warmly received by Taipei, with presidential office spokesman Xavier Chang emphasising fundamental values shared by the G7 and Taipei such as “democracy, freedom, and human rights”.

Expansion of the G7 to include new members has been discussed for some time now, but such a move would lead to one result: ardent and vocal protests from Beijing, which would be faced with what would essentially be an enlarged anti-China alliance. On one hand, it is not yet clear if or how Taiwan would be included in the framework of a broader D10/D11-style format as an expansion from the original G7: for some member-states, who may still be somewhat economically dependent on Beijing, the inclusion of Taiwan might be a step too far. On the other hand, it is likely that Taiwan will continue to look towards the US and perhaps other G7 members for assurances of its security in the face of an increasingly powerful mainland China. Issues such as the unrest and instability in Hong Kong have also spilled over into bilateral relations between Hong Kong and Taiwan, with Taiwan withdrawing all but one of their staff from its trade office in Hong Kong as the officials in question refused to sign a commitment to the PRC’s “One China” principle as part of their visa renewals. For many in Taiwan, the events in Hong Kong are something of a stark warning as to what may happen in the case of compromise with the PRC over their sovereignty in return for concessions, be they economic or otherwise. Indeed, some consider Tsai’s political success to be connected to her hard stance towards China. If it serves the interests of voters, then Taipei should do all it can to remain on good terms with Tokyo, if not improve bilateral relations.

Image source: Official Website of the Prime Minister of Japan and his Cabinet (via Government of Japan Standard Terms of Use)

2021-07-03
Luke Austin
Previous: Regional dynamics and consequences related to political instability in Chad
Next: Legality of Colonisation under International Law