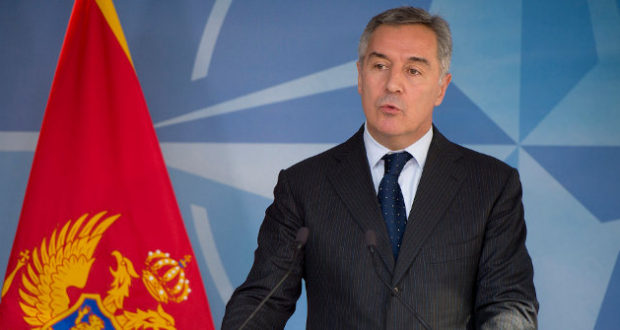 On 15 April, Milo Djukanovic fulfilled his promise to officially return to the leadership of Montenegro, as he was voted president of his country by 54% of the population. Djukanovic, however, won the elections before the voting even began, as the weak, fragmented and largely East-oriented opposition left Montenegrins with little choice when it came to casting their votes. His favouring of European integration over closer ties with Moscow have also made him the safe bet that the Western powers want and need in the region, and his near complete domination of Montenegrin politics appears to be a small price to pay in exchange for the stability that he brings to the table. If his type of political behaviour continues to be encouraged, however, it can be seen as a green light to maintain it – and other leaders in candidate member states may take it as the right way to move forward.

The recipe to gain external support and achieve political success in the Balkans is simple: affirm commitment to the European path, divide the opposition and secure near complete control over both institutions and public resources, and present yourself as the only candidate the Western powers can rely on to maintain internal and regional stability. With a focus on the good and a brushing over of the bad, the media’s reporting of the election results in Podgorica perfectly represents the West’s attitude towards Balkan leaders similar to the Montenegrin president. Djukanovic’s pro-European stance is emphasised, while the allegations of corruption, nepotism, cronyism and organised crime links surrounding him are only briefly mentioned and quickly gotten out of the way. Djukanovic is also presented as a “veteran” leader of his country, rather than the man who has ensured that his Democratic Party of Socialists (DPS) has maintained near complete control over Montenegrin politics for the past nearly three decades.

As leader of the DPS, Milo Djukanovic has been in power with brief interruptions since 1991, and has held the position of prime minister six times and that of president once before. In October 2016, Djukanovic was the main character of a dramatic exit from Montenegrin politics, when he resigned after accusing Russian and Serbian nationalists of plotting a coup and assassination attempt against him while the parliamentary elections were taking place. His party only narrowly won the elections that year, and his resignation was widely believed to have been more for the benefit of the West than that of the East. Never one to stay away from the spotlight for too long, however, Djukanovic took the next available opportunity to return as head of state, securing his eighth mandate in power without the need of a runoff.

Although the role of president is largely ceremonial in Montenegro, the parliamentary majority that his party enjoys means that Djukanovic will continue to have considerable control and influence over his country. From an external point of view, this is generally felt as a relief, as Montenegro has done very well internationally with the DPS in power. Devoted communist and ally of Slobodan Milosevic turned strong Western supporter, DPS leader Milo Djukanovic has led his country on the path to both independence from Serbia and NATO membership, and has been a source of stability who has always been very sensitive and adaptable to surrounding circumstances. Add a track record of good neighbourly relations to this and it is not far-fetched to imagine him re-elected once again in 2023 – and Djukanovic will most likely add European Union membership to his list of international achievements.

The decisions to continue supporting Djukanovic is also understandable when taking into account the fact that his main rival – economist Mladen Bojanic, who secured 33% of the vote – was backed by most of the pro-Russian factions in the country, and is known for demanding a referendum before Montenegro joined NATO last year. The results say a lot about the nature of the electorate as well, as most of the region is plagued by a mistrust of new candidates and a relatively traditional attitude when it comes to choosing who they want as a leader. A lack of credible and viable political alternatives to support is a general problem in the Balkans, as no real opposition has developed or been allowed to develop in the post-communist era. The little existing one, moreover, tends to be pro-Russian, Eurosceptic and/or against NATO membership for their country, making it a potential threat to rather than a helpful tool for progress and stability. The fact that almost the entire opposition came together and was still unable to defeat Djukanovic speaks volumes, but is also unsurprising in a region where voting tends to be based on the “devil you know” and “lesser evil” reasonings.

In light of this, leaders like Montenegro’s Milo Djukanovic and Serbia’s Aleksandar Vucic are, on the surface, the ideal choices for the West to support: seasoned, charismatic politicians, with a strong enough pro-European outlook and a deep understanding of every aspect of their country’s political mechanisms. Djukanovic and Vucic are not merely the best of a bad situation, but Balkan leaders that the Western powers have cultivated decades-long relationships with, and know to a reasonable extent what to expect from. They have the experience and power to steer their countries in the right direction – experience and power they have also used time and again to manipulate internal affairs to their own advantage.

This, however, seems less important to the West in the grand scheme of things, which leads to an inconsistency between the European Union’s demands and expectations from their candidate members, and how the reforms necessary to fulfil these demands and expectations are likely to be achieved. If the goal is to create European states and consolidated democracies in the region, however, this issue will be crucial in the long-run – and the domestic situation in the Balkan states needs to start featuring higher on their list of concerns.

Freedom House’s annual “Nations in Transit” report, published at the beginning of April, registered democratic declines in nine out the twenty-nine countries assessed, and among these were Montenegro and Serbia. The main contributors to this decline highlighted by the report were the Putinesque manoeuvre of switching between premiership and presidency that both Djukanovic and Vucic are guilty of, as well as the near complete political control their parties are enjoying, and worrying declines in media, civil and social freedoms.

The countries’ justice systems are another domestic politics-related element that needs to start being given more attention than it currently is, particularly since the rule of law features highly among the priorities highlighted by the European Union’s new strategy for the Western Balkans. In a bid to show commitment to reform, the judicial systems in both Montenegro and Serbia have tended to focus on the investigation and even prosecution of members of the opposition, as Podgorica’s Special Prosecutor, established to fight corruption and organised crime, is currently doing with the leaders of the Democratic Front. The chances, however, that members of the ruling parties will be held accountable for abuse of power and other misdemeanours are currently next to none.

As things stand, the West has little leverage over these leaders’ political behaviour, and even less desire to push them and risk losing their support. Both Djukanovic and Vucic are very much aware of this, which is likely to mean that they will confidently rule their respective country for as long as they so choose. What needs to be kept in mind, however, is that Montenegro – along with Serbia – are currently the Balkan states next in line for European Union membership. This means that the state of democracy their countries will be in when they join can then be used as a model for the member states that are likely to follow – and it will be more to the detriment of the European Union than of these leaders if the situation does not improve.

Like the electorate in the Balkans, the West often opts for a “devil you know” and “lesser evil” strategy when choosing who to support as leader. This is understandable in the short-term, but in the long-term it can be extremely damaging to both sides of the accession deal. The decline in democratic freedoms and rights in the region is not something that should be encouraged – the European Union is meant to promote democracy, not contribute to its demise. The internal checks and balances have been virtually eliminated in these countries, but they can and should be replaced by external ones, and the available sticks and carrots need to be used more boldly and more frequently. Otherwise, the safe bet that leaders like Djukanovic represent could turn into a gamble in the long-run – especially if these leaders never experience the consequences of their harmful actions.