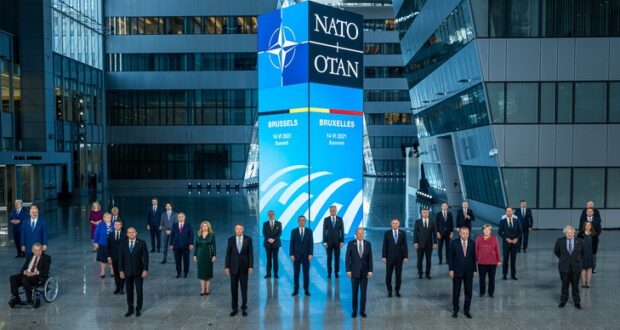 On 14 June, NATO identified China as a source of security concern for the Euro-Atlantic region. In the communiqué released at the end of their annual summit in Brussels, leaders of the North Atlantic Alliance declared that China’s “stated ambitions and assertive behaviour present systemic challenges to the rules-based international order and to areas relevant to Alliance security”. While China’s rising influence and international policies have been acknowledged by the organisation before – and referred to as presenting ‘challenges and opportunities’ in a statement released following their 2019 summit in London, this is the first time that NATO has asserted a need to respond to Beijing’s growing role on the world stage. The traditionally Russia-focused organisation knows that China’s increased presence in the Euro-Atlantic region can no longer be ignored – but the complex relationship between the two sides is likely to experience peaks and valleys for the foreseeable future.

As indicated in the post-summit communiqué, the North Atlantic Alliance’s main concerns relate to China’s “coercive policies” – an apparent reference to the repression of the Uyghur population in Xinjiang –, the expansion of its nuclear arsenal, and its “frequent lack of transparency and use of disinformation”. NATO leaders also expressed concern over Beijing’s military cooperation with Moscow, most notably the two countries’ joint exercises in the Euro-Atlantic area. Further concerns include “cyber, hybrid, and other asymmetric threats” and “the malicious use of ever-more sophisticated emerging and disruptive technologies”, a reference to the recent cyber-attacks of which both Russia and China have been accused. To counter the latter, NATO’s Article 5 – the organisation’s collective defence clause, according to which an attack on one member state is an attack on all member states – now includes non-military attacks.

The People’s Republic of China is one of the world’s leading economic powers and, with over two million personnel on active duty, its military is currently the largest armed forces in the world. Beijing also has the second largest military budget after the United States, the world’s largest navy, and is currently strengthening its nuclear weaponry. In recent years, China has deployed naval vessels into the Mediterranean and Arctic as part of joint military drills with Russia, and has been investing heavily in European infrastructure – a great deal of which it now effectively owns. As stated by NATO’s Secretary General Jens Stoltenberg, China’s growing military and economic presence from the Baltics to Africa means the North Atlantic organisation needs to be prepared.

The inclusion of China among NATO’s main security concerns also reflects a broader determination to counter Beijing’s increasing economic dominance and global reach. The Alliance’s June communiqué was in line with the conclusions that the Group of Seven (G7) – an inter-governmental political forum consisting of the seven wealthiest liberal democracies – made public the day before. In a statement released after a three-day summit in Cornwall, G7 leaders criticised Beijing for its disregard for human rights, called for Hong Kong to keep a high degree of autonomy, and demanded a full investigation of the origins of the coronavirus in China. After the summits, United States President Joe Biden declared that China has joined Russia in seeking to “drive a wedge” in Trans-Atlantic solidarity.

China’s response to these statements was typical of the ‘Wolf Warrior diplomacy’ the authoritarian country has been employing in recent years. The People’s Republic’s embassy in the United Kingdom called the Group of Seven’s accusations “baseless”, and asked for an end to their interference in Beijing’s internal affairs. In response to the NATO communiqué, China’s Mission to the European Union accused NATO of “slandering China’s peaceful development”, and insisted that Beijing is “committed to a defence policy that is defensive in nature”. On 27 July, the latter also accused officials from the European Union, the United States, Australia and Japan of “politicising” the origins of the coronavirus outbreak, and using the investigation into the source of the COVID-19 pandemic to “scapegoat others” and “shirk responsibility”.

While Russia remains the main threat for the Euro-Atlantic region, NATO’s new global agenda now entails commitments in critical fields amplified by or related to China’s rise on the world stage. These include adapting to a changing security environment, enhancing resilience, and fostering technological development, but also increasing engagement and cooperation with key global actors beyond the Euro-Atlantic area – including from the Asia Pacific. As evident from the June communiqué, however, China’s place in international relations is likely to remain less straightforward than that of Russia. While Moscow is generally classified as a ‘threat’ or an ‘adversary’ by liberal democracies, Beijing is a ‘challenge’ and a ‘competitor’, and many European countries have economic ties with China that they are eager to preserve. For this reason, there is a reluctance in Europe to criticise the People’s Republic too harshly, and a desire to maintain cooperation with the authoritarian countries. After the NATO summit, French President Emmanuel Macron stated that it is very important that the North Atlantic region does not bias their relationship with China, while German Chancellor Angela Merkel argued that the dangers of Chinese influence in international relations should not be overestimated. At this stage, the main goals are to maintain a constructive dialogue with Beijing and contain China economically and diplomatically, while making sure trade and investment between the two sides proceed unaffected.

The dangers of adopting too hard of a line on China have already been experienced by the European Union. In July 2016, Hungary and Greece – European Union and NATO members, and recipients of substantial Chinese investments – blocked reference to Beijing in a Brussels statement on the illegality of Chinese claims in the South China Sea. In March 2017, Hungary broke European Union consensus on human rights violations by refusing to sign a joint letter denouncing the alleged torture of detained lawyers. Three months later, in June 2017, Greece blocked a European Union statement at the United Nations Human Rights Council criticising China’s human rights record, calling it “unconstructive criticism of China”. According to Amnesty International and Human Rights Watch, this was the first time that the European Union failed to make a joint statement at the United Nations’ top human rights body.

The pattern that Sino-Western relations tend to follow can be illustrated by referencing a further series of recent events in the European Union’s relationship with China. In December 2020, after seven years of negotiations, Brussels and Beijing signed a Comprehensive Agreement on Investment. Aside from enhancing the level of access to Chinese markets for European Union investors, the agreement also stipulates clear obligations for Chinese-owned enterprises, and these include increased transparency of subsidies, but also commitment to environment and labour standards. Only three months later, in March 2021, the European Union imposed its first sanctions on China in thirty years. The European Council imposed restrictive measures on eleven individuals and four entities responsible for serious human rights violations and abuses, including the large-scale arbitrary detentions of Uyghurs in the Xinjiang region. In response, Beijing imposed its own set of sanctions on ten individuals and four entities on the European Union side, who are accused of severely harming China’s sovereignty and interests and maliciously spreading lies and disinformation.

When it comes to the Euro-Atlantic region’s relations with Beijing, the former is likely to maintain a cautious approach. The People’s Republic of China needs to be kept in check, but a door for dialogue and collaboration must be kept open. Beijing is a key global actor with substantial international power – engaging it in a constructive manner will likely involve toeing the fine line between competition and cooperation.