A demand for independence

The Republic of Cameroon has for the past 4 years been plagued by intensified tensions between the Anglophone and Francophone populations – a conflict rooted back to the 1961 division of the country by France and Britain during the colonial era. The Anglophone population accounts for around 20% of the total population of 26 million, but constitute the majority in the southern territories. In September 2017, separatist in the Anglophone North- and Southwestern territories declared independence and officially started the fight for a sovereign Ambazonia. As a result, president Paul Biya declared war on the separatists, referring to them as the “terrorists who seek secession” in December 2017.

Being placed geographically between Central and West Africa, instabilities in neighboring countries are threatening the security of Cameroon. Nonetheless, the risk of escalation of violence and genocide remain the biggest threats to the population. Despite the existence of data indicating atrocity crimes on both sides of the conflict, this article focuses on the threat of genocide towards the Anglophone population by examining hostile discourses against them.

“Genocide means any of the following acts committed with intent to destroy, in whole or in part, a national, ethnical, racial or religious group (…)”

Article II, Convention for the Prevention and Punishment of the Crime of Genocide

This definition illustrates two elements to the crime of genocide, which are respectively mens rea and actus reus. In contrast to other atrocity crimes, the legal existence of a genocide requires proof of intent to commit genocide – this being mens rea. The action of mass killing does not alone fulfill the preconditions. Consequently, if wanting to intervene in a genocide, mens rea must be identified to establish a legal basis. This, in turn, points to language as the relevant area for analysis when we want to examine the risk of a genocide.

For discourses to be exploited to incite violence they must be present and inherent in the population. Hence, we are able to say something about the risk level of a genocide by looking into hostile discourses between ethnic groups. The background for examining the risk of genocide can be found in the UN Framework of Analysis for Atrocity Crimes (UNFAAC), and focuses on the following two points:

Subsequently, it is set out that focus should be on language that can “be inferred in a way that the implicit message could reasonably lead to acts of destruction.” As such, expressions are seen not just as an expression of emotion or opinion, but as an instrumental tool. The following illustrates such usage in the Cameroonian context.

The power of language

Some of the historical examples illustrates that the appliance of discourses that dehumanize the potential victim group is a warning sign for genocide. The use of the word ‘rat’ can be qualified as such, as the usage include the underlying discourses that they should be exterminated. Moreover, ‘Ambazozo’ is built on an understanding of animals as something that does not belong in civilization and furthermore something that is beneath the human seen from a biological point of view. The same can be said about the ‘Anglo-fou’ as it, in the usage of the word in the local context, refers to the primitive and non-human ideas. Lastly, using ‘Cam no go’ that ultimately refers to a disease underlines the hostile aspect of these discourses.

The 1994 Rwandan genocide is the most famous example of the power of language; we all remember calls for ‘trees to be cut down’ on the country’s national radio service prior to the killings and the Tutsis being called ‘cockroaches‘. This linguistic parallel between Cameroon and Rwanda is worrying, considering their similar history of discrimination patterns, human rights abuses and political exclusion of minority groups.

Knowledge and awareness of these concepts is key to preventing violence. Further conflict and violence within Cameroon’s boarders will contribute to better conditions for the terrorist group Boko Haram, which is currently working its way into the country from the North from Nigeria and Chad. The handling of refugee flows from the east will also be challenged further, if the capacity and resources are redirected towards internal conflict management. Lastly is obviously the risk of the ultimate horror of a new genocide.

On the basis of the current situation, I recommend that:

Looking forward, the importance of awareness about the genocide threat in Cameroon cannot be underlined enough. The country’s history has significant similarities with countries where genocide has earlier been witnessed. The current tensions are only creating a basis where such organized violence against the Anglophone population is possible due to the lack of control by the state.

2020-10-13
Mette Kaalby Vestergaard
Previous: Resolving the Rohingya Crisis: Chapter VI of the Charter of the United Nations as a way forward
Next: Do Western states view special operations forces as tools with which to conduct operations violating international legal restrictions? 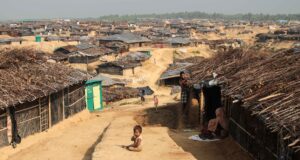 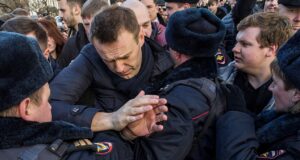