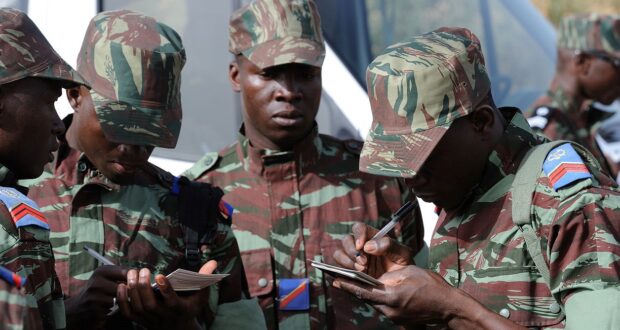 Burkina Faso is a landlocked country neighboring Mali, Niger, Benin, Togo, Ghana and the Ivory Coast. With a life expectancy of just 61 years, the agricultural sector employs 80% of the population and more than 40% live below the poverty line, the former French colony constitutes one of the world’s poorest countries. By December 2020, almost 3 million people were in need of basic humanitarian assistance out of the total population of approximately 20 million. As with many other West African states, the country is highly diverse – in this instance made up of more than 60 different ethnicities. After exploring no more than 15 major new gold mining spots since 2006, Burkina Faso has furthermore become the 4th nation in Africa when it comes to gold production.

From 1987 to 2014, Blaise Compaoré was the sitting president. In 2015 following civil protests, the country had its first democratic election and a general mentality of hope and stability was spreading throughout the country. Under the then elected and hence current president Roch Marc Christian Kaboré the country has for the past six years been plagued by violent extremism and instability. This is despite the fact that it was before understood as one of the more well-organized countries in the Sahel. One of the first larger attacks by violent extremist in the capital city of Ouagadougou, was an attack on a luxury hotel on January 16th 2016 that left 28 dead and 56 injured, carried out by Al-Qaeda in the Islamic Maghreb (AQIM) who openly claimed responsibility. Attacks at this scale have since then been witnessed several times by the Burkinabe population. Another mass killing in the North of the country in June this year led to at least 132 deaths, sparked anger across the population and led to new demonstrations demanding the government take responsibility for security in the country.

Patterns of violence: Context and groups

While Burkina Faso has not in more recent times witnessed classic civil wars like other West African states, there are many similar traits between the current situation and a civil war with several groups including the government fighting internally. What started as a spill-over conflict from Mali in 2012 escalated after the past President Compaoré fled Burkina Faso into exile in 2014 and as such left the country more vulnerable and less resistant to armed violence. Elaborating on this, civil unrest and new power structures in the country caused this security gap and made room for internal armed groups to gain power. The violence began in the Northern territories of Soum, but is no longer centralized solely in the north but throughout the country and involves several groups. While there are certainly several dynamics affecting this, the change in government in 2015 played a role in the escalation of violence. Compaore has moreover been suspected of making deals with the armed groups from Mali providing them safe havens in Northern Burkina Faso in exchange for peace. His inability to uphold this potential deal when he fled into exile, can also have sparked the groups coming in from Mali as they no longer had a reason for upholding non-aggression against groups in the North and shielding Burkina Faso in general. Consequently, a relevant question to examine here is to what extent the violence comes from neighboring war plagued Mali and mainly constitutes jihadism, or if armed groups have also been growing independently within Burkina Faso.

Besides the regional jihadist groups, such as AQIM and The Islamic State in the Greater Sahara (ISGS), local groups have also been identified. Amongst these is the most commonly known Ansarul Islam (translated “defenders of Islam”), which has only been expanding since its first known attack in 2016. The groups consist primarily of people from the ethnic group Fulani, but also welcomes other ethnicities as this is not their central element in composing a unit. It started as a group who wanted to defend the rights of the ethnic Fulani people in Burkina Faso, both when it came to political power and religion – today it fights for the same idea but includes several ethnic groups. More than a religious group such as AQIM and ISGS, Ansarul Islam should be seen as a result of social inequality between ethnic groups in the north of the country and a wish from the young population to challenge traditional power structures and a subsequent power monopoly by elders. Another relevant group who has also carried out attacks is Group to Support Islam and Muslims (GSIM), who is formed out of people separating from AQIM and smaller local militant groups. Besides these larger groups are several so-called self-defense groups who play a very important role, something that will be elaborated on in the following sections.

A specific tendency seen in Burkina Faso besides targeting of Western people are the indistinct attacks on humanitarian convoys, refugee camps and in general logistics of food and medicine. Mass killings of civilians have also been committed on several sides of the conflict, and allegedly also by government security forces. The armed groups in the Northern province of Soum, have additionally been demanding taxes from the mining industry. Gold mines on the eastern side of the country have moreover been attacked, which underlines that the violence is no longer isolated in the North. Besides this, groups moreover tend to provide services such as protection, schooling and banking just as a government would be expected to do, which gives them more support from locals.

In January 2020 a law was passed, allowing organized civil groups to take up arms in self-defense named “Volunteers for the defense of the Fatherhood (VDP).” This means that civil groups can now take up arms legally and defend themselves against, for example, jihadist groups – or at least this is what was officially intended by the government. Consequently, this should enable the groups to assist the government security forces at a local level, especially in rural areas where they have proofed insufficient.

For example, the groups calling themselves “Koglweogos” (meaning “to guard the bush/forest) traditionally established itself to protect their lands from illegal hunting or environmental damage. These people who were originally just farmers took up arms in self-defense in 2015 and are today assisting the government armed forces on military operations. The Koglweogos are not a unified group, but consist of several armed groups at times defending different interests. The Dozo, another civil militia functioning in the same way is also a relevant group to consider and clashes between these two major groups have also been identified. Also the Dozo, have appeared in relation to the government and as such also assists the army. Regarding this new legal organization of violence of it has been noted that security has:

“…never been the State monopoly and parts of the

population have always felt legitimate to take part in it”

The above quote underlines that these groups existed even before the current challenges. The question to consider is whether this legal recognition will contribute in a good or bad manner for security in the country. Evidence of ethnic violence between these groups have been presented by Human Rights Watch, pointing to the problems of increased militarization when examining the conflicts additional to the problem of jihadism. As such, it can be seen as a dangerous tendency fueling violence due to its newly gained legitimacy. Furthermore, it also undermines state authority and can in the long run overrun the government forces through this decentralization which will lead to an even more fragmented society.

The Burkinabe people have a tradition of living peacefully amongst each other despite the different ethnicities. This is for example in contrast to neighboring Mali where the Tuareg people has for many years been fighting for an independent and separated Azawad state, though not always in a violent manner. The point to make here is that Burkina Faso is not by default a separated state, as often seen in the case of civil wars. This is a relevant point to make, to underline that this division happening in the country now has a fear of tearing up this opportunity of restoring peaceful co-living.

This recognition of violence by civil groups from the state poses a threat to security as a whole in the country, even though it might in specific and short-term conflict support the state. It additionally contributes to a blurred picture of when the acts by the groups are recognized by the state and when they are acting on their own and as such illegally. It might also be a problem in terms of transitional justice following the conflict, when it comes to distinguishing not just aggressive acts from those of self-defense, but especially also when distinguishing combatants and non-noncombatants. As a result, this can lead to culture of impunity, which historically increases the chances of new conflicts in the future.

Lastly, an aspect to mention concerning Burkina Faso is that most of the violence is centered around the agricultural and mining regions. This means that the violence affects the food availability, maybe even more that normally in a conflict zone. Regarding the mining industry this also means that it has the potential of affecting the national GDP growth negatively, which has also been the case. As has been set out earlier in the article “Europe’s back door left wide open: The role of Guinea-Bissau in drug trafficking” published by the Human Security Centre, a fragile state security system moreover generates space for criminal networks to operate across West Africa, which is no exception with Burkina Faso. As such, consequences besides the obvious for human security has a danger of affecting the country negatively in the long run.