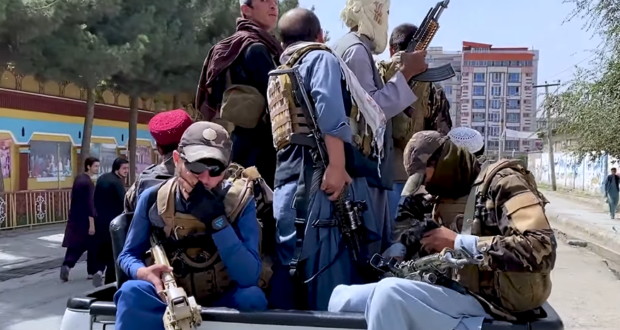 Following the United States’ decision to end its twenty year-long presence in Afghanistan, the Taliban was able to reassert military and political control over the country in a matter of weeks. While many countries rushed to evacuate their national and local Afghan contacts, neighboring countries began to assess the significance of an Afghanistan under renewed Taliban leadership. While this is not the first time these neighboring countries have lived with an Afghanistan under Taliban control, the circumstances have changed and powers further away from the region have increased influence. How well the Taliban is able to govern and stabilize the country will thus determine the politics of how other states with interests in Afghanistan react to the new situation.

As Afghanistan’s arguably most important neighbors, both Iran and Pakistan have indicated political concern over the Taliban takeover. One of their main mutual anxieties is the influx of refugees fleeing from the Taliban. Iran for instance, is already home to three million Afghan refugees, amounting to four per cent of Iran’s population. A potential civil-war within Afghanistan would worsen the refugee crisis, putting increased pressure on Iran’s public services which have been weakened by US sanctions. This would increase political tensions within the country. Pakistan shares similar concerns while also having blamed Afghanistan for insurgent attacks within its own borders.

Pakistan has received heavy criticism from the international community and Afghans alike, due to the belief that it helped harbor the Taliban after being ousted following the US-led coalition’s intervention in the country. In doing so, the Taliban was able to treat their injuries, recuperate resources, raise funds and recruit more fighters. This meant that despite twenty years of progress and development, all the Taliban had to do was wait until international forces left and then come back through the back door. Pakistan’s either inability or unwillingness to combat the Taliban on its soil for two decades also permitted the group to foster links with Pakistani-based groups, enabling practical cooperation via smuggling routes.

Iran has stated it supports the now no-longer existent republic constitutional order in Afghanistan. Despite this, the country has maintained ties with the Taliban during the US presence in Afghanistan, in part to ward off potential threats from the Islamic State. Iran has also been said to have supplied the group with arms and funding, done in the hope that a Taliban-government would serve Iranian interests in Afghanistan. Any truth to this will not stop people fleeing Taliban rule, followed by a likely increase of drug smuggling along the 900km long border. To raise funds and despite religious customs, the Taliban have allowed poppy cultivation to continue in areas under their control. Illicit arms crossing the border into Iran might also inflame domestic insurgencies. Furthermore, Iran has shown unease at the Taliban insisting on the Hanafi school of Islamic jurisprudence as the sole source of legislation for the country. This ultra-conservative Deobandi school of thought allegedly makes “no allowance” for Afghanistan’s Shi’ite communities.

While having lived with an Afghanistan under Taliban rule in the past, the neighboring Central Asian countries of Turkmenistan, Uzbekistan and Tajikistan have all displayed degrees of concern backed-up by shows of strength along their 1,500 mile border. The fear is that civil conflict would turn Afghanistan into a hub for jihadism and criminal activity with the potential to destabilize the region, impeding economic activity. This indicates that these countries prefer a stable Afghanistan under Taliban rule than an Afghanistan in conflict. The Taliban for its part, has not taken any military action against its northern neighbors and has taken steps to guarantee respect for their territorial integrity. Despite this, many Afghan military personnel and civilians have fled northwards, leading Central Asian countries to “watch the walls” while keeping lines of communication open.

Turkmenistan’s President visited his Uzbek counterpart in early October. Top on the Agenda was the Taliban. Both leaders indicated they favor “engagement over isolation” and Turkmenistan’s leadership stated its readiness to work with the new government in Afghanistan to normalize and “promote a socioeconomic revival”. The country, which has previously held lines of communication open with Afghanistan during previous Taliban rule, had sought to strengthen ties with the group already before its take-over of Afghanistan.

Along similar lines, Uzbekistan’s President called for the unfreezing of Afghanistan’s assets in foreign banks in September. Uzbekistan was also the first country to establish contact with Talib leaders. Despite indication of willingness to work with an Afghanistan under Taliban rule, the Central Asian country with the shortest border to Afghanistan held joint-military exercises with its western neighbor Tajikistan and Russia near the Afghan border. Russia has also revealed an order for “helicopters, firearms and modern border protection systems” from an un-named “Central Asian Republic”, likely Uzbekistan or Tajikistan.

Unlike Turkmenistan and Uzbekistan, Tajikistan has taken a much colder approach to the Taliban. While the former two have been hesitant in dealing with refugees, Tajikistan has set up tent camps for those fleeing Afghanistan and has called for support from the Russian-led Collective Security Treaty Organization (CSTO) in this regard. The country had also called up some 20,000 military reservists to strengthen its border with Afghanistan during the take-over, after over 1,000 Afghan soldiers fled northwards with Tajikistan’s permission. Tajikistan has also allegedly supported the Northern Alliance resistance in transferring weapons and supplies to the Panjshir valley. Tajiks also make up the second largest minority in Afghanistan, leading Tajikistan to demand more ethnic Tajiks be included in the future Afghan government, a move the Taliban criticized as meddling in internal Afghan affairs. There are allegedly also reports that Tajikistan is supporting exiled groups opposed to the Taliban government. And in addition to military ties with Russia, it is believed China maintains a military base in Tajikistan, with which it holds “anti-terrorism” exercises.

The United States sought a diplomatic solution during the quick Taliban take-over of Afghanistan. However, with the momentum the group had, there was no reason to negotiate. Talks did occur between the two in Doha during the second weekend of October, in which the USA arrived with a list of priorities, including holding the Taliban to its commitment that it will not allow Afghanistan to become a “hotbed” for Al-Qaeda and other groups, while pushing for improved access for humanitarian aid. To maintain some presence in the region, the USA is now allegedly considering Uzbekistan and Tajikistan for potential staging areas to monitor and quickly respond to potential security problems in Afghanistan following their withdrawal. Russia has harshly criticized this thought, warning its Central Asian partners as well, and accusing the USA of merely wanting to be able to continue  influencing the region.

Russia continues to assert its hard military commitments to its CSTO treaty allies in Central Asia from any threat coming from Afghanistan. The country operates a military base in Tajikistan and Kyrgyzstan, while having close ties with Uzbekistan, a country which bans foreign military presence on its territory. So far, the Taliban have promised not to attack neighboring countries. Russia is simultaneously in contact with the Taliban, seeking and allegedly receiving reassurance that Afghanistan will not become a security concern for Central Asia and Russia. The Russian ambassador to Afghanistan has even met a senior Taliban representative, in a meeting in which both parties stated “the Taliban movement has the most friendly; the best policy towards Russia”.

Aware of the huge investment potential coming from China, the Taliban has referred to the country as a “welcome friend”, despite the over one million Muslim minority people in internment camps. The Taliban is quoted as saying that while they care about the oppression of Muslims, they will not interfere in China’s internal affairs. It has been assessed that the Taliban needs China for supporting stability and reconstruction in Afghanistan. This is especially true after the USA failed to deliver major energy, infrastructure and connectivity projects during the last two decades, leaving the door open for China to play a central role in extracting the over USD 1 trillion worth in minerals and rare earths reserves. China plans to do this through its Belt and Road trade Initiative (BRI), indicating it too prefers a stable Afghanistan under Taliban rule. And unlike Russia and the United States, China has not waged a war in Afghanistan, but has rather previously promoted peace and reconciliation efforts in the country, including through dialogue with the group. China has already recognized the Taliban as the legitimate government in Afghanistan, permitting its BRI to continue and has, alongside Pakistan, succeeded in pushing the Taliban to crack-down on Pakistani separatist groups operating from Afghanistan to protect the BRI. It is believed the Taliban expects economic cooperation and humanitarian assistance from both countries.

India’s main concern are the economic ties it has built up and multiplied several times over in the past five years. Their mutual trade crossed the USD 1.5 billion mark in 2019-2020 and other Indian investments in Afghanistan are estimated at some three billion USD. It also fears “serious economic implications”, due to Afghanistan’s wealth in rare minerals and hydrocarbons. Afghanistan also acts as a gateway to the Middle East and Central Asian countries, potentially ending plans for the proposed Turkmenistan-Afghanistan-Pakistan-India pipeline.

There is now concern that the model of insurgent terrorism the Taliban has successfully been able to employ has given proof-of-concept to radical extremist militants all over the world – essentially serving as a type of blueprint. To avert this, the least common denominator countries with interests in Afghanistan share would thus appear to be stability, leading many governments to prefer a stable Afghanistan under Taliban control rather than an Afghanistan in conflict. The hope, and to some extent expectation, is that the group can ensure security within the country from other armed groups to prevent a descent into conflict which would spur on an increased refugee crisis and the proliferation of extremism beyond Afghanistan’s borders. While the Taliban is working to gain international recognition and support, particularly financial, and attempts to implement a more moderate form of Islamic law, these same interested countries and other powers await to see what the group’s plans for Afghanistan are.

2021-10-27
Oliver Hegglin
Previous: Are we in a second ‘space race’? Understanding the contemporary space domain
Next: The Political Consequences of Ecuador’s Constitutional Language Amendments