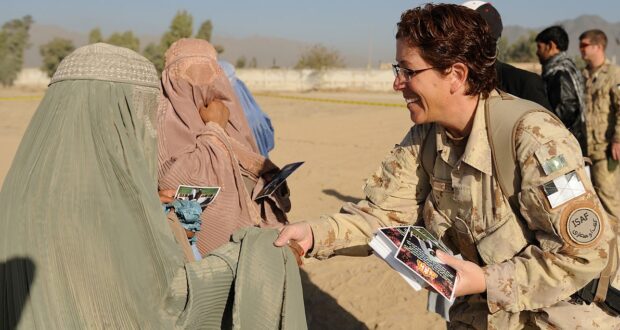 When President Obama threatened to take military action against the Syrian government if it escalated its crimes against its population, he had in mind the use of chemical weapons. He called this the “red line” that made military intervention permissible. Although the military action which looked likely following the Douma chemical attack in 2013 was called off following the agreement of Damascus to begin disarmament, much of the international community considered Assad’s chemical weapon uses to be egregious acts of violence, on the basis that they were against civilians, and unconscionable acts amounting to grave breaches of the right to life that were systematic and institutionalised. Similar justifications for considering chemical warfare to be a “red line” justifying intervention can also be made about instances of gender-based violence (GBV).

The European Commission defines GBV as acts of brutality that cause suffering, or physical, sexual, psychological or economic harm on the basis of gender. Although GBV occurs to all genders, the vast majority of these acts are perpetrated against women. GBV involves actions such as domestic violence, rape and female genital mutilation. The occurrence of such violence and discrimination is not limited to any one geographical or political region. UN Women statistics estimate that 35% of women worldwide have experienced physical or sexual violence.

Whilst acts of GBV are human rights breaches, in that they contravene anti-discrimination provisions contained throughout treaties such as the Convention on the Elimination of all forms of Discrimination Against Women, or the International Covenant on Civil and Political Rights, less systematic or prevalent forms of GBV – that is, individual, sporadic breaches of these obligations – are unlikely grave enough to constitute ‘a threat to international peace and security’. However, extreme human rights breaches, such as the use of weaponised sexual violence in the Democratic Republic of the Congo are threatening to international security, as there are significant spill-over effects into international relations. An example of this is the increased refugee flows we are seeing from human rights abuses in Syria and Myanmar which are destabilising to neighbouring countries.

Violence against women can clearly amount to grave human rights breaches. Some scholars are willing to make the case that GBV, in some countries, equates to genocide. Under Article 2 of the Genocide Convention, genocide includes “killing or causing serious bodily or mental harm with the intent to destroy, in whole or in part, a national, ethnical, racial or religious group”. Honour killings and female genital mutilation are clear examples of GBV that involves killing, causing serious bodily and mental harm to women.

The two contentious elements of this definition are ‘intent to destroy in whole or part’ and ‘national, ethnical, racial or religious group’. Whilst it is unlikely GBV is ever perpetrated in order to eliminate all women, the intent behind GBV such as honour killings, intimate partner killings and sex-selective abortions is indisputably to subdue, marginalise and even destroy some women on the basis of their gender. Next, there is debate as to whether women can constitute a ‘group’ per the Convention’s definition. From a literal reading, women clearly do not satisfy this condition. But during the drafting of the Convention, women would not have been considered a group in need of protection. However, considering the purpose of the Genocide Convention and the modern context of sexism and violence, it is not unfair to categorise women as a separate group capable of being destroyed. Based on this interpretation, violence against women can clearly amount to genocide.

As this interpretation is contentious, a sounder ground for categorising GBV as grave human rights abuses would be to categorise GBV as crimes against humanity. The definition of ‘crimes against humanity’ contained in article 7 of the Rome Statute provides that the first element for identifying such acts is whether there is a “wide-spread or systematic attack”. International law has not clarified whether this definition defines ‘systematic’ to be positive policy. If ‘systematic’ were to include omissions, there is a very clear case that ‘systematic attacks’ are occurring against women in many instances. By failing to criminalise marital rape or domestic violence, or in some parts of the US where rapists can claim parental rights – State systems are not adequately addressing the problem, and these omissions are therefore ‘systemic’.

This argument that GBV can amount to grave breaches of human rights such as genocide or crimes against humanity clearly indicates that the international community could militarily intervene. Precedent for this includes the fact R2P has been invoked in more than eighty UN Security Council resolutions concerning crimes against humanity in eleven countries.

Furthermore, GBV can also be categorised as a form of terrorism, which again opens the possibility of military intervention on this basis. The US intervention in Afghanistan after 9/11 provides clear precedent for military intervention based on a terrorist action. The contentious aspect of this argument is the notion that violence against women is terrorism. Terrorism is generally considered to be an event of premeditated violence by non-state actors based on ideology, targeted at civilians for the purpose of creating terror. First, instances of GBV such as bombings of abortion clinics by Christian fundamentalists, sex trafficking or forced child marriage in Islamic fundamentalist groups are clearly planned and targeted, making them premeditated violence. Second, any form of GBV is premised on sexism and social perceptions of femininity – something that can be categorised as an ideology. There is a clear ideological component behind acts of GBV that are targeted specifically at women. For example, rape is often used in armed conflict as a tool to dominate women or force them into submission. Third, the fact that in many parts of the world women live in constant fear of sexual violence demonstrates that GBV has created an atmosphere where women are terrified. This indicates that GBV falls within the definition of terrorism. The international community was willing to accept NATO’s justification for military intervention on the basis of the 9/11 terrorist act. It is therefore logical that militarily intervening in countries with severe GBV would also be internationally justifiable, as GBV can also be categorised as terrorism.

In the Congo – the most dangerous country in the world to be a woman – women have repeatedly asked the international community to intervene. Since 2009, the UN and the USA have both made major financial donations designed to aid the effort to protect women from high rates of GBV. However, some policymakers have already designated this attempt as a failure, due to the continual occurrence of GBV in the Congo. The international community has been hesitant to respond to the violence against women in the Congo with military intervention. But given that peaceful forms of intervention have so far been unsuccessful in creating positive change, military intervention may be the solution to protecting women.

One of the main critiques against the argument that GBV is sufficient for military intervention is the suggestion that the perpetrators of GBV are individuals, rather than the States themselves, and that therefore it would be an unacceptable affront on State sovereignty to militarily intervene on this basis. However, modern human rights jurisprudence has been expanding to envelop notions of state responsibility that encompass GBV and discrimination. For example, the Inter-American Commission on Human Rights in Mejia Egocheaga v. Peru found Peru accountable for a sexual assault perpetrated by a Peruvian security force member. In this case, the Court recognised that a State can be accountable for both deliberate actions and omissions. In doing so, it indicated that having an inadequate national structure to respond to crimes against women can render a State responsible for gender-based crimes. In this case, the Peruvian system was inadequate because it didn’t have sufficient infrastructure for remedying cases of GBV.

Not only is military intervention justifiable in certain circumstances, but the simple existence of the possibility of such action occurring could also make beneficial contributions towards curtailing the occurrences of GBV and discrimination. The most obvious contribution is that States would have enormous incentive to reform their systems to protect women – between being subjected to external enforcement measures and implementing policy reform, States should opt for prioritising ending violence against women. Clearly, the criteria on which States take policy decisions are complex, but making clear that the international community considers prevention of GBV to be a core priority would force perpetrators to incorporate the issue into its calculations. Ultimately, GBV should – and can legally – qualify as the “red line” for military intervention.

2021-01-18
Jessica Honan
Previous: HSC Supports call for UN Commission of Inquiry on crimes against humanity and genocide against Uyghurs
Next: Ensuring Human Security by securing the Healthcare Sector from Cyber Attack