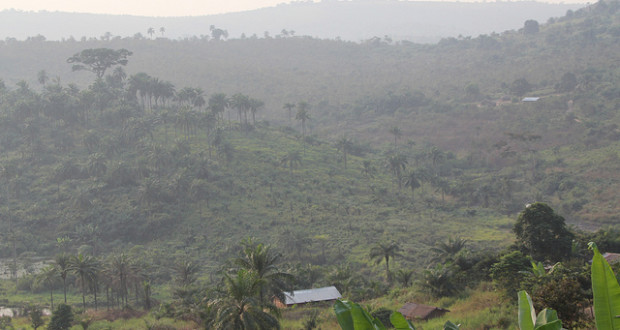 Responses to conflict electronics: study of the Democratic Republic of Congo

In the age of globalisation, corporate responsibility can be a highly contentious issue. On the one hand, corporations can create job opportunities, increase gross domestic product and overall quality of life in countries where they are officially incorporated. On the other hand, extraction of natural resources from developing countries often contributes to destabilisation of the official governmental structure and gross violations of Human Rights. The positive impacts of corporate activity in one state make corporate criminal responsibility in another state a politically sensitive issue.

Nowhere is this contrast between positive and negative impact of corporate activity more apparent than in the case of the Democratic Republic of Congo (DRC). From its status as a Belgium colony to the present day, conflicts in the DRC have been intrinsically linked to the exploitation and pillaging of the country’s natural resources, by external and internal actors.

The territory of the DRC holds 80 percent of the world’s known coltan reserves.i Tantalum and niobium, which are materials necessary for the production of mobile phones and other electronic devices, are extracted from processed coltan.ii Coltan mines are located predominantly in Congolese provinces of North-Kivu and South-Kivu.iii In the Second Congo War, Rwanda and Uganda took control over these provinces using mainly rebel fractions.iv Both states assisted in the creation of the Rally for Congolese Democracy, a rebel group which despite its political name was primarily motivated by visions of economic gain.v Networks between Ugandan, Rwandan and Congolese strongmen were also common as their tacit cooperation facilitated the import and export of Congolese coltan.vi The profitability of the coltan industry became evident when Ugandan gross domestic product increased astronomically,vii and Rwandan president Paul Kagame was heard saying that the Congo conflict was financially self-sufficient due to Congolese mineral resources.viii Although the Second Congo War formally ended in 2003, fighting over the lucrative provinces continues. It is undeniable that child labour, attacks against civilian population and sporadic fighting in these regionsix amount to gross human rights violations.

From its physical extraction to the use in electronics, coltan passes through approximately ten intermediaries,x which makes its origin practically indeterminable once it enters the international market.xi China has been the dominant distributor of Congolese coltan since 2002.xii Chinese corporation Ningxia, which is one of the biggest coltan processors,xiii supplies the ore to numerous American, Asian and European companies such as Sony, Toshiba, Dell, Samsung and Hewlett Packard.xiv The final products such as mobile phones and laptops thus represent a direct connection between consumers and victims of unprecedented crimes committed in the DRC.

Through their behaviour on the market, consumers indisputably provide the main stimulus for electronics production as they create demand which corporations respond to by increasing supply. However, it would be absurd to request a decrease in demand – smartphones, laptops and tablets increase human productivity and contribute to economic growth. There are nevertheless other ways in which consumers can contribute to stability in the DRC. Public petitions are one of the most feasible initiatives which may allow consumers to intervene in the coltan industry.xv Such an initiative can be more than a mere naive motion especially within the EU, where the European citizens have the right to launch the European Citizens’ Initiative.xvi The European Citizens’ Initiative is a form of public petition which may be used by nationals of the EU Member States to request the European Commission to introduce a legal act within one of the areas of its competence.xvii Despite seemingly unrealistic requirement of one million signatories from one fourth of the EU Member States,xviii the Initiative has already seen its first successes.xix The EU has a competence to legislate in various spheres of commercial law and demand, inter alia, that corporations publicly disclose at least some minimum information about their operations.xx Citizens’ Initiative concerning the use of coltan could demand that corporations concerned check the country of origin of the ores they use for production of electronics. Subsequently corporations should be required to declare the countries on the packaging of the product offered. Such information would enable consumers to make a responsible choice and avoid products of potentially conflict origin.

The initiative demanding the introduction of checks on the origin of coltan does not have to come from consumers exclusively. The Amsterdam based company Fairphone was established as an NGO in 2010 and placed awareness raising at the heart of its business model.xxi The company has joined the Conflict-free Tin Initiative and the Solutions for Hope project and ensures that only conflict-free materials are

used in their mobile phones.xxii Both initiatives certify conflict-free origin of tin and coltan.xxiii Nonetheless, Fairphone has managed to keep its price at 325 Euro,xxiv which is fairly affordable compared to other products of the same range. With its reasonable price and considerable media attention, Fairphone can easily compete with other mobile phone producers and influence their attitudes. Their response may result in introducing similar checks in order to secure the use of conflict-free minerals in their production process. Although the real success of Fairphone is yet to come, it is clear that this initiative has established a new moral dimension on the market of electronics.

Many non-governmental organisations such as Solutions for Hope are trying to raise consumers’ awareness and help corporations, which may be using conflict materials, in monitoring their origin. In June 2011, the organisation Solutions for Hope initiated the Tantalum Project seeking to secure conflict-free origin of tantalum from the DRC.xxv Although this project can certainly contribute to the gradual improvement of the situation in the DRC, it also has several shortcomings as the participation remains voluntary. Furthermore, the initiative has yet to receive adequate support from governments and international organisations. Such support is essential for the project to achieve the same impact as the Kimberley Process – a certification scheme within the diamond industry that aims to stop the sale of conflict diamonds.xxvi Support from the United Nations (UN) would certainly contribute to the international success of the Tantalum Project to the same extent it accompanied the successful launch of the Kimberley Process.xxvii Although, the future of the Tantalum Project is thus left in the hands of policy makers, NGOs can speed up the process of international cooperation in the coltan industry by initiating negotiations and meeting with representatives of multi-national organisations and states.

Responses from States and international organisations

Finally, state cooperation is also necessary to address the use of conflict materials. Over the course of the last few years, the EU as well as the USA have taken measures to regulate the flow of raw materials from Africa. According to the ‘Dodd-Frank’ Act, corporations registered in the US are now obliged to disclose a potential use of conflict minerals since 31 May 2014 (under the formula “Not Found to be DCR Conflict Free”).xxviii Subsequently, corporations are required to carry out investigationsxxix and disclose the actual origin of the minerals used on their website.xxx Such a public declaration of origin should allow consumers to make a responsible choice when buying electronics. Despite these efforts, the overall impact of the Dodd-Frank Act on the situation on DRC is uncertain. Raising consumer awareness may very easily result in decrease of demand for products of those corporations which are unable to guarantee a supply chain free of conflict minerals. Corporations will be therefore forced to search for alternative coltan sources in other countries, which will reduce the demand for Congolese coltan. Subsequently the coltan industry in the DRC may completely cease and the local population will have to seek job opportunities in other sectors, potentially also in those that support rebel fractions and destabilise the region.

In March this year, the EU expressed its intention to combat the trade of conflict resources.xxxi The form which the combat will take remains open to discussion, yet it is clear that the participation in proposed measures will be voluntary.xxxii The Organisation for Economic Co-operation and Development (OECD) may also play its part in the European scheme – corporations will have to justify the use of minerals from regions affected by conflicts.xxxiii The scheme is thus designed to put emphasis on processes while the classification of minerals as conflict related and conflict-free has become secondary. Even though mandatory participation in the system would be desirable, this approach is a promising one. Instead of searching for alternative coltan sources, the OECD may recommend that corporations invest into the localities, especially if their reasons for using materials from the given localities are legitimate. It follows that industry in the DRC would not be halted and the international community could contribute to the gradual stabilisation of the living and working conditions in the DRC.

In conclusion, it is clear that only cooperation among all stakeholders may result in a gradual improvement of the situation in the DRC. Whilst an absolute suspension of extraction of resources from the DRC may lead to destabilisation, international stakeholders need to play their part in ensuring that the purchase of minerals does not contribute to conflicts. Although all economical actors are mutually interlinked, it is states and international organisations that should be the main initiators of schemes designed to introduce a moral dimension into natural resource economics.

Zaneta Sedilekova was a research assistant at the HSC in the Human Rights and Conflict Resolution research division. Zaneta’s main areas of interest include Human Rights and conflict resolution, extraterritorial aspect of jurisdiction, humanitarian interventions and Responsibility to Protect.