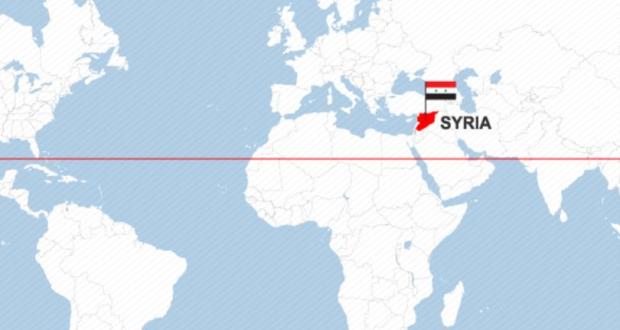 The United Nations and the “Red Line” in Syria

On 28 July 2015, the United Nations Under-Secretary General for Coordination of Humanitarian Affairs, Stephen O’Brien, reported that “There are no humanitarian solutions to [the crisis in Syria].  Each day that passes without the parties upholding their most basic obligations to protect civilians, and the strong demands of this Council, only results in more lives lost”. Although Mr. O’Brien was referring to the many destructive aspects of the ongoing conflict in Syria, one obligation that the Assad government is failing to uphold for its citizens and the international community is the agreed to ban on chemical weapons. Following several attacks involving chemical weapons, most notably with sarin gas in August 2013 and chlorine in April 2014, the Syrian government has not only been held responsible for the deaths of many citizens, but the government has also been accused of violating the Chemical Weapons Convention and, most recently, a UN Security Council Resolution. In response to Syria’s use of chemical weapons, the international community, led by the United States, has pressured and threatened Syrian President Bashar al-Assad to not cross the “red line” by using chemical weapons.

The “red line” was first mentioned by President Obama at a press conference on 20 August 2012, when he stated that “We have been very clear to the Assad regime, but also to other players on the ground, that a red line for us is if we start seeing a whole bunch of chemical weapons moving around or being utilized.” This comment, which became one of the most well-remembered statements regarding Mr. Obama’s foreign policy towards the Middle East, publicized the United States’ hardline stance against the Syrian government and their chemical weapons usage, as well as alluding to possible repercussions, such as an intervention. However, after a firestorm of questions from the press and critics as well as a lack of clarity as to what the line entailed, President Obama expanded his “red line” to become a marker for the international community.  Less than a year later, on 20 April 2013, the president clarified this by stating: “what I’ve also said is that the use of chemical weapons would be a game-changer not simply for the United States, but for the international community. And the reason for that is that we have established international law and international norms that say when you use these kinds of weapons you have the potential of killing massive numbers of people in the most inhumane way possible, and the proliferation risks are so significant that we don’t want that genie out of the bottle”. By shifting his rhetoric to include the international community, the Obama administration has shared the role of watchman and has allowed the global community to create an organized opposition to the Syrian government’s weapon usage.

Criticism of Syrian government authorities reached a peak in August 2013, when attacks using sarin, a nerve agent, were directed at two Damascus suburbs. However, international outrage over the attacks began to subdue in October 2013, when Syria ratified the Chemical Weapons Convention, which banned all attacks that use industrial chemicals as weapons.  Additionally, like other members of the convention, it was assumed that Syria would uphold the agreement to never “assist, encourage, or induce, in any way, anyone to engage in any activity prohibited to a State Party under this Convention”. Many Western countries, as well as the Security Council, viewed Syria’s signing of the Chemical Weapons Convention and the admittance on May 2014 of a team of international weapons inspectors into the country as a success story.  However, despite the appearance of all chemical weapons having been removed, it is now clear that the international community was unable to fully halt the operations at Syrian weapons-research facilities, which has resulted in the regime being able to create a new chemical munition utilizing chlorine.  This chemical was used in the recent 16 March attacks that affected at least 206 people and directly killed at least six individuals.

Since President Obama has expanded the “red line” to include the international community, the Security Council has taken over the role of watchmen.  On 6 March 2015, Resolution 2209 was adopted. It “condemned in the strongest terms any use of chlorine as a weapon in Syria” and promised to “take ‘Chapter VII” action if such arms were used again”. Chapter VII includes “Action With Respect to Threats to the Peace, Breaches of the Peace, and Acts of Aggression” and allows states to take any possible action deemed necessary to enforce UN resolutions, including economic sanctions and military operations.

As a result of the continuing attacks despite the passing of Resolution 2209, a draft UN resolution was circulated on 9 July 2015 that aims to identify the perpetrators, sponsors, organizers, and all others involved in the Syrian attacks and bring them to justice through a Joint Investigative Mechanism between the United Nations and the Organization for the Prohibition of Chemical Weapons (OPCW).  While the United States publicly announced the idea of an attribution mechanism on 16 April, the proposed resolution has developed between the P5 and, most notably, through bilateral discussions with Russia. Besides currently advocating for a mechanism to hold those involved in the recent chlorine attacks accountable, the United States and Russia previously collaborated in 2014 to destroy Syria’s chemical weapons arsenal.  At the time, Russia, a longtime ally of President Assad, used its international presence to prevent strikes from being launched from the West into Syria and may be acting, once again, to prevent that threat from becoming reality.  However, the United Nations reported that the drafting of the current resolution may bridge many differences between Council members.  The United States “views resolution 2209 as a final warning to Damascus before there are consequences”. In contrast, Russia “insists that the Council cannot attribute blame to Damascus since only the OPCW has the capacity to fully assess the situation”, and others have observed that assigning responsibility for attacks would require a new mechanism “since the OPCW fact-finding mission is specifically prohibited from attributing blame”.  Thus, the attribution mechanism would correctly hold those responsible for the chemical weapons accountable while also offering the possibility for the Assad government to be found not guilty.

According to the U.S. Ambassador to the United Nations, Samantha Power, “Given the frequent allegations of chlorine attacks in Syria, and the absence of any international body to identify the perpetrators of chemical weapons attacks, it is critical that the UN Security Council find consensus and set up an independent investigative mechanism”.  As indicated by the Security Council’s vote on Friday, 7 August, it appears that the Council was able to find consensus and unanimously adopt the resolution to establish an investigative panel to identify the Syrian perpetrators.  Not only does this vote represent the most hard-lined stance that the Council has taken towards the issue of chemical weapons and President Bashar al-Assad’s government in Syria, but the resolution also represents a clear consequence of crossing the international community’s “red line”.  However, there is the question of how successful an international body will be at holding perpetrators of chemical weapons attacks accountable.  For example, the International Criminal Court (ICC), which was established by the Rome Statute in 2002 to prosecute those responsible for genocide, war crimes, and crimes against humanity and bring them to justice, has struggled to enforce its arrest warrants.  By not having its own police force, the court must rely on national services to arrest suspects and, as evidenced by the outstanding arrest warrant for Sudanese President Omar al-Bashir, governments can choose to not co-operate with the ICC.  Therefore, the UN must consider how to strongly enforce the actions of the new joint investigative mechanism and avoid any possible weaknesses that have hampered the ICC.  To address issues of implementation, the resolution passed by the Security Council called upon the UN Secretary-General and the OPCW Director-General to submit recommendations for the establishment of the investigative mechanism within twenty days.  However, in the case of Syria, it may be best for the United Nations to also work with a regional force to arrest suspects instead of national governments, since the regional force is less likely to be in alliance with the Assad regime.

Ultimately, by voting to create a Joint Investigative Mechanism to bring the Syrian perpetrators to justice, the UN is furthering the enforcement of the “red line” initially established by President Obama. Such a mechanism is important to serve justice and possibly deter more chemical weapons from being deployed, but the UN must consider the best way to strengthen the mechanism and send a clear message to the Syrian regime to prove that the use of chemical weapons will not be tolerated.