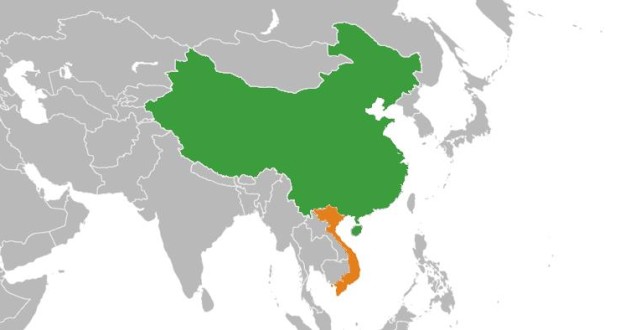 The Prussia of the East: Vietnam’s Complex Role in Asia-Pacific Security

Vietnam and China have long had a tumultuous relationship which, particularly in the current era, has witnessed considerable ebbs and flows. Most recently, the positive connections fostered by mutually beneficial economic links at the turn of the twenty-first century have given way to rising tensions. Competition over energy resources and fishing rights in the South China Sea has dragged Beijing and Hanoi into a series of territorial disputes, and reaching an acceptable compromise is becoming exceedingly difficult. As momentary conflicts have arisen and political tensions have flared, both parties are clearly looking to shape the future regional geopolitical environment. Within this context, it is important to recognize Vietnam’s historical development – a constant thorn in the side of Imperial China – and future prospects. Indeed, Hanoi’s efforts to build relationships with Moscow, Tokyo, and Washington present challenges to Beijing’s current leadership. If Vietnam is successful in building more comprehensive and holistic engagements with any number of the aforementioned states, with a focus on security, those relationships could well complicate the regional outlook. On the one hand, will China maintain its current posture even if faced with mounting resistance from Vietnam? On the other hand, will Vietnam permit the continuation of current trends, or might it attempt to roll back Chinese activities? Almost certainly Hanoi is entering a period of positive and productive relations with Moscow, Tokyo, and Washington. However, promoting stability in the South China Sea must be a centerpiece of its regional policy, and that means dealing with Chinese interests which might well conflict with Vietnamese objectives.

Recent territorial disputes along China’s coastal waters have led to significant partnership realignments. While the US presence in the region has persisted for years, for the first time in decades, Japan has become a factor in the defense of states across the Asia-Pacific region. Similarly, states along the South China Sea have shifted much of their energies toward building partnerships with outside influences capable of countering Chinese actions. The increase in calls for outside support emanating from the region represents a clear distinction from the dynamics of previous periods. Perhaps the most intriguing case is that of Vietnam. Hanoi, long an adversary of Tokyo and Washington, has sought the support of both in deterring Beijing’s aggressive policies. Despite the growing support in Japan and the US for regional engagement, Vietnam has even extended calls for assistance to an old ally – Russia. Regardless of whether Hanoi may be attempting to jumpstart a bidding exchange between Moscow, Tokyo, and Washington, the message to Beijing remains the same: Vietnam is readying itself for a long struggle. How China responds next may well come to define the direction of South China Sea affairs.

Responding to Vietnam’s attempts to build a collective security mechanism of its own should be China’s top priority moving forward. Some in Japan, Vietnam, and elsewhere have suggested a containment ring to cordon Beijing’s expansionary efforts. Such a maneuver is something the Xi Administration is likely to feel compelled to resist as a matter of both external and internal credibility and prestige. Drawing inspiration from Russia’s invasions of Georgia and the Ukraine, China might increase its inflammatory rhetoric to test the assurances from Vietnam’s partners. Should Beijing seek to increase pressure still further in an effort to engender separation in the budding containment group, the Xi Administration could instigate a localized conflict similar to the naval vessel ramming incidents that have occurred intermittently over the last few years, including as recently as July 2015. Testing the resolve of Vietnam and its emerging partners could produce a result favorable to China. By the same token, Beijing’s instigations could promote an environment of resistance within a regional and international context. The real danger for both sides is that misperceptions and misunderstandings might lead to miscalculation and heightened tensions. Should China test the resolve of Vietnam and its newfound partners, the credibility of Hanoi’s friends would be on the line.

On the part of the Vietnamese leadership, the real challenge is elevating engagement activities with major powers. Considering the potential strains and restraints China may attempt to place on Hanoi and its newfound partners, it is paramount that senior Vietnamese officials mature partnership capacity with all possible speed. Hanoi will need to advocate both economic and security cooperative mechanisms to increase its self-defense capabilities and to elevate its importance within the global context. This process will take time and involve significant obstacles. Tensions between the US and Russia, major power concerns over antagonizing China, and the intractability of a future South China Sea crisis are just some of the issues working against Vietnam. It should be noted that in many ways Hanoi is already emphasizing strengthening ties with Moscow, Tokyo, and Washington. However, Vietnam must continually intensify its approach to engagement. As Hanoi continues to build partnerships abroad, anything short of collective security commitments will leave Hanoi vulnerable should Beijing choose to assert itself. Of course, to complicate the potential scenarios further, Japan, Russia, the US, or some combination of the three must also be willing to delve into South China Sea affairs.

Alternatively, there is the possibility Vietnam will take a more conciliatory approach to its relationship with China in an effort to buy time. Over the decades, Hanoi has acquired a reputation as the “Prussia of the East.” Its military record over the centuries has been noteworthy, not the least of which were its victories over France and the US in the mid-twentieth century. Though many analysts have lauded its political and military leaders for their insightful strategies and tactics during wartime, those leaders’ patience has been just as vital. Choosing when and how to fight has helped Vietnam withstand a variety of foreign threats. In this case, it is well within the realm of the possible that Hanoi might allow Beijing to assert itself today in the hope that over the long term the strategic picture may change. Especially when considering the willingness China has displayed in increasing tensions with Vietnam over territorial disputes, Hanoi may not find escalation desirable. In light of the tenuous partnerships the small Southeast Asian state enjoys today, the possibility of a conflict with China – even a remote one – may prove too great a risk. Within this context, it is conceivable Hanoi will pursue a cooperative stance with Beijing today to preserve options for the future.

A hybrid strategy that encourages cooperation with the likes of Japan, Russia, and the US in conjunction with a more cooperative rapprochement with China is probably the best path forward. Almost regardless of what approach Vietnam takes with the major powers involved in the region, Hanoi needs to explore a variety of bilateral and multilateral mechanisms as a means to promote stability. Taking the initiative in this area will achieve three valuable objectives for Vietnam. First, by leading the regional effort to promote stability, Vietnam can position itself as a primary voice among Southeast Asian states. Second, it will demonstrate to Moscow, Tokyo, and Washington that senior officials in Hanoi are responsible and value improving the safety and security of the region. Third, in a departure from the Association of Southeast Asian Nations, a more comprehensive and tailorable set of stability mechanisms will constrain China’s options. While Hanoi should make every effort to include Beijing, should the Xi Administration prove recalcitrant and uncooperative those responses will only further paint China in a poor light. Ultimately, working to achieve a diplomatic solution to the broader challenges circulating the South China Sea tensions will buy time for Vietnam as the Chinese political leadership evolves and demonstrate its restraint to perspective partners.

The challenge China poses to Vietnam is grave when considering the historical relationship and Hanoi’s dearth of current partners. Beijing has stretched its authority over vast swathes of the South China Sea, securing access to energy and fishing rights. In response, Vietnam is exploring partnership options with Japan, Russia, and the US as a means to deter more extensive Chinese aggression. However, the danger in this approach is the potential disconnect between what commitments the Vietnamese think they will acquire and what their newfound partners are prepared to provide. Short of a collective defense agreement, Hanoi will remain vulnerable to potential incursions from Beijing. As a result, despite the prudence of improving relations with Moscow, Tokyo, and Washington, an alternative approach must also be considered. Vietnam may find it equally desirable to take a more conciliatory posture in terms of its engagement with China. Under this strategy Hanoi would stall for time as it modernizes its whole-of-nation infrastructure. Yet, the emphasis should be on developing an equilibrium between engagement with China and alternatives to Beijing. Through a combination of bilateral and multilateral mechanisms, Vietnam can promote stability in the South China Sea. Initiatives designed to reduce misperceptions and misunderstandings will make outside cooperation with Hanoi more feasible while holding the potential to improve relations with Beijing. Invariably, Vietnam must demonstrate both restraint and a willingness to compromise in order to buy the time necessary to bolster its own outlook.