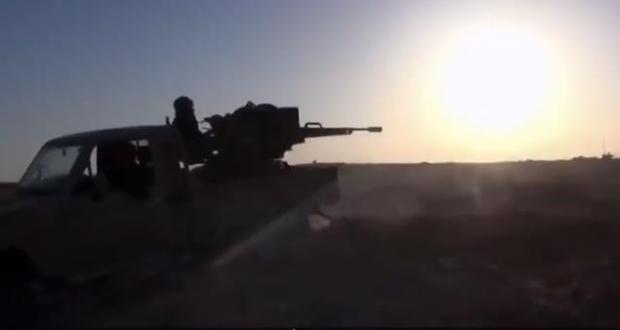 Since the fall of Colonel Muammar el-Qaddafi’s regime four years ago, Libya has lacked a central government.  Instead, the country is controlled by two main opposing factions – each themselves consisting of many sub-groups – who both focus more on their internal disputes than the advancing Islamic State, also known as ISIL.  This governmental weakness not only threatens the security of Libya, but also the security of Europe due to Libya’s proximity across the Mediterranean.  The effects of violence in Libya can already be seen in the increase in migration to Europe, but Western officials are also concerned over the threat that will be posed if ISIL controls substantial portions of the country’s coast and, therefore, has direct access to routes into Europe.  Thus, although European countries are currently struggling with the influx of migrants who are frequently transiting through Libya to flee their own war-torn countries, these routes could quickly become even more problematic if they turn into a strategic entrance into Europe for ISIL jihadists.

The lack of central authority is primarily due to a power vacuum exacerbated by continuing conflicts between multiple rival organizations that each aim to solely control the nation.  However, the fight for control has occurred primarily between two armed factions, one in Tripoli known as Libya Dawn and another in Tobruk to the east.  Libya Dawn – a coalition of various militia centred upon the Islamist-dominated General National Congress (GNC) led by Prime Minister Khalifa Ghwell – has been accused of attempting to spread the influence of the Muslim Brotherhood.  The Tripoli-based government claims that the GNC is the legitimate legislature of Libya after a 2014 Supreme Court ruling invalidated the elections of Tobruk’s faction.  However, Tobruk’s House of Representatives, led by Prime Minister Abdullah al-Thinni, is anti-Islamist and strongly backed by Western countries.  Therefore, even though Libya Dawn argues that its faction is the legitimate government based on a court ruling, much of the international community perceives Tobruk as being the true authority due to its democratic legitimacy, anti-Islamist position, and willingness to fight ISIL alongside the West.

Yet, the struggle for both factions to maintain loyalty amongst the population and fund their military forces is allowing ISIL to further penetrate into Libya.  The branch of the Islamic State who controls Sirte has now successfully captured the town of Nofilya to the east of Sirte and the Gardabya air base, which is considered to be a strategic location by the Libyans.  Libya’s inability to thwart ISIL has allowed the terrorist group to place approximately 2,000 fighters in Sirte and, more importantly, 700 fighters in Sabratha, which is located 41 miles from Tripoli.  ISIL is, therefore, not only a threat to the general population, but is also becoming an increasing challenge to the Libyan governments, as the Islamic State attempts to recruit local militants to join their cause.

According to Abd al-Wahhab Muhammad Qaid, a senior member of the Tripoli parliament, ISIL has the clear intention of remaining in Libya, and boasts of this intention with the slogan: “We are here to stay and here to spread”.  The Islamic State’s ability to increase its stronghold in Libya is not only due to the group’s fighting strength, but also its ability to influence locals by filling the governing void caused by a lack of central authority.  As in Syria and Iraq, where national governments have failed to provide basic services for citizens, ISIL has come to provide consistent – albeit harsh – security, employment opportunities, and a sense of order for Libyans living in its conquered territories.  According to Hassan Abu Hanieh, a Jordanian expert on Islamist groups, Libyans “may not be with the organization’s ideology, but the group has been able to give some stability, punish thieves, and put in place a legal system… in general, the normal people want no more than that”.  Thus, a lack of central authority has made the fight against ISIL in Libya even more difficult due to the fact that neither faction can provide a strong military strategy with a mature sense of governing.

Libya’s weakness has not only allowed the Islamic State to become more deeply engrained within their nation, but also has made nearby countries susceptible to the jihadist threat.  By utilizing its base in Libya, ISIL can now launch attacks into North Africa – as evidenced by the recent massacre of thirty-eight people at a beach resort in Tunisia that is believed to have been executed by a man trained in Libya – and across the Mediterranean into Europe through the Italian coastline. The journey from Libya to the Italian coast is only a few hundred kilometres, or less than a day’s sail.  Hence, if the Islamic State were able to penetrate the migrant networks and ports, the smuggling of jihadists would quickly become an imposing threat to Europe.

There is some hope that the growing ISIL threat will force the two Libyan factions to reach a political consensus.  Qaid states that “the seed of Daesh [the Arab acronym for ISIL] has been planted but it is still young, but if we ignore this threat it will grow quickly and will be more difficult to uproot.  It is important we confront it now”.  The United Nations is hoping to accomplish such a uniting feat by crafting a peace deal that would require power-sharing amongst the factions.  On 17 June, the Security Council emphasized that “there can be no military solution to the crisis in Libya and that reaching a political agreement leading to the formation of a government of national accord is critical to ending Libya’s political, security, and institutional crises, and to confront the rising threat of terrorism”.  Bernardino Leon, the UN envoy heading the talks, hoped to reach a deal by 18 June, but the Tobruk-based faction left the negotiations while protesting the plans to share power with the Tripoli Islamists. It was reported that the spokesman for the Western-backed House of Representatives rebuffed the West and the United Nation’s pressure to accept the deal and, instead, hinted at the possibility of its faction resorting to a military solution if negotiations continue to fail.

Thus, if the UN’s peace talks fail to form a new, power-sharing government, the West must reconsider its strategy towards the Libyan factions.  As of now, the Tobruk-based government has limited influence on the country from its position in the east and the recognition that it has received from Western countries has allowed it to adopt a special position with greater demands in the peace talks.  All the while, Libya Dawn has become increasingly isolated from the international community as the threat of ISIL expands towards Tripoli.  Instead of favoring one faction over the other, the West must withhold international recognition and threaten the factions with sanctions.  By taking these actions, Western countries and the United Nations will then have a better opportunity to bring both governing groups to the negotiating table by providing them with an equal status that will hopefully result in a power-sharing coalition as well as bringing stability and security to Libya.

isis Islamists Libya Libya Dawn 2015-07-08
Lauren Stauffer
Previous: Cybersecurity and the dividing nature of global competing ideologies
Next: Azerbaijan and the drawbacks of the spotlight