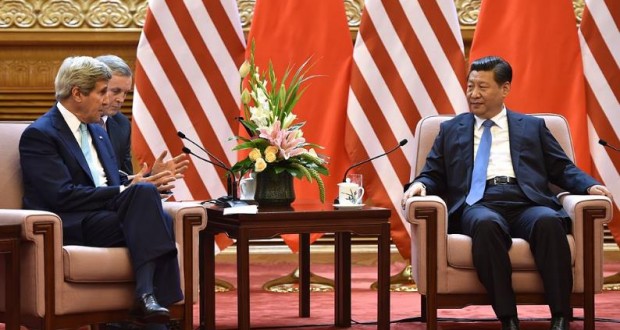 In recent years, numerous headlines and reports have suggested China and the US are inexorably approaching confrontation. Academics, analysts, and government officials alike have decried the slow pull of competition and tension between the two leading powers in the world today. While there is certainly some degree of truth to this prediction of a future outcome, neither Beijing nor Washington is trapped in a downward spiral. The current relationship, albeit fractured, offers much to build upon. Each party could initiate a series of opportunities to improve cooperation and mature partnership capacity in the bilateral relationship. However, identifying such transparency and confidence building measures (TCBM) and then embarking upon the work necessary to bring them to fruition will be no easy task. Rather, across defense, economic, and social lines, China and the US must invest the time and energy to improve their partnership. A diverse range of cooperative options will offer Beijing and Washington the best opportunity for long term stability while avoiding potentially destabilizing asymmetric challenges.

Negotiations will need to take place to establish the parameters of engagement opportunities. However, items that can be introduced almost immediately with only limited complications include:

These engagement opportunities build upon preexisting activities in the defense, economic, and social fields. All three are deliverables that can be implemented with relatively minimal political risk. By introducing them nearly simultaneously, US officials will, in effect, be proposing a broad-based platform for future cooperation. This introduction will reduce the risks of asymmetry – where one element of engagement (i.e. defense or economic policy) subsumes the others, thereby eventually becoming vulnerable to short term challenges. As an example, asymmetric stakes have become a problem in US-Russia relations. The Putin Administration has eroded economic and social engagements, for instance banning American adoptions of Russian children, thereby leaving behind only defense opportunities. Had there been more broad-based cooperation, the stakes for violating agreements such as the Intermediate-range Nuclear Forces Treaty or intervening in Ukraine might have been higher; which could have compelled Russia to shun confrontation. Avoiding the same sort of asymmetric problem in the US-China partnership is important. Honing in on a series of TCBM’s that can form the basis for a new approach to cooperation offers the best possible means to overcome current and potential future obstacles.

Defense cooperation has long been a delicate subject that, from a conventional standpoint, has only become more complicated as a result of escalating territorial disputes along China’s periphery. Unfortunately, precisely because Beijing and Washington are experiencing a period of friction in the East and South China Seas, TCBM’s addressing the strategic context are paramount. Specifically, enhancing transparency in the nuclear field is an inviting avenue for developing trust between the parties. Among potential options, reciprocal site visits at fixed ICBM facilities offers the most minimally intrusive opportunity. Should tensions emerge, a mechanism that encourages observation missions at respective nuclear facilities will reduce concerns regarding any potential nuclear exchange. This can help minimize escalatory risks, thereby keeping potential friction concerning the East or South China Seas localized. Over the long term, the introduction of this measure has the potential to improve the awareness of both parties within the strategic context.

Although specific parameters will need to be addressed through bilateral negotiations, some basic contours of the proposed TCBM are worth discussing. At the onset, the focus should be on holding one site visit in each country. Because the location of silo-based facilities is relatively easy to pinpoint, Beijing and Washington should already have knowledge of where one another’s respective ground-based sites are located. As a result, conducting these initial observation missions discloses the minimum degree of sensitive information. Drawing from the New Strategic Arms Reduction Treaty, the respective teams could include approximately a dozen government representatives, but that number is negotiable. They could spend a day at each facility meaning both visits could be accomplished simultaneously, sequentially, or within a predetermined period. Once successfully put into place, this TCBM could prelude regular observation missions as part of a future agreement. Regardless, successfully conducting the initial exchange represents a clear delineation from the current relationship.

The TPP could represent a major step forward in Asia-Pacific economic cooperation. The communal aspect, drawing states from both sides of the Pacific, in an effort to reduce barriers to economic markets and improving the living standards for all people involved, is a worthy pursuit. Unfortunately, largely as a result of regional tensions, the TPP has been politicized and set against the Asian Infrastructure Investment Bank (AIIB). Although the TPP was not originally proposed by Japan and the US, Tokyo and Washington have become the predominant symbols of the TPP. Similarly, Beijing has become the standard bearer for the AIIB. By inviting Beijing to become an observer at the TPP, Washington can initiate the process for overcoming the dichotomy that may emerge in the region. Albeit a delicate process, permitting China to observe the TPP’s functions will reduce potential misperceptions and misunderstandings.

Offering observer status to Beijing will prove a significant benefit to Washington’s “Rebalance to the Asia-Pacific.” The gesture will help erode the perception the US intends to contain or threaten China. While observer status may not grant Beijing all the benefits of full-fledged membership, it will allow Chinese officials to see how the organization functions and explore future opportunities for more pronounced cooperation. Without pressuring China to abandon the AIIB, a compromise can slowly emerge to permit both organizations to function in parallel. From the perspective of other TPP members, reducing regional antagonisms will be advantageous as a means to avoid the cost imposition a polarized system might engender. In practice, China’s status as an observer will need to be delineated through negotiations. However, models for this TCBM already exist within organizations such as the European Union and the Shanghai Cooperation Organization. Rather than waiting for a period in which China may be willing to become a TPP member in its entirety, extending the observer offer begins a more in-depth conversation on what a compromise position might look like. Most importantly, generating dialogue now may help preclude stratification should the AIIB and TPP mature within the status quo.

Current immigration and visit practices between China and the US, while becoming increasingly relaxed, would benefit from a more expeditious process. On both sides of the Pacific, there is a tremendous desire to learn about the other culture and explore professional opportunities. However, current barriers to immigration and long term visas – particularly for employment – can prove exceedingly prohibitive. Having traveled in China and spoken with a wide range of individuals across multiple provinces, I was struck by the number of people that spoke of wanting to emigrate to the US. Added to that were the number of people that yearned to pursue higher education and professional opportunities in the US. Certainly parameters will need to persist to ensure the managed growth of the Chinese immigrant population. Nevertheless, allowing more Chinese to visit – and, indeed, stay – will promote a more favorable opinion of the US back home in the PRC. Invariably, this is the best means to reduce cultural divides.

Similarly, China must do more to allow US citizens to visit and pursue professional opportunities. Current visa restrictions of thirty days for tourist visits and one year for professional opportunities are often too short to promote greater cultural awareness. Clearly there are merits to limiting the time foreign visits are permitted to stay – if for no other reason than to manage population flows. At the same time, the exposure to a culture so different from that of the US carries with it intangible benefits. Such policy adjustments will permit the steady growth of a cadre in the US more understanding of Chinese perceptions and more willing to reach compromises.

The bilateral relationship between China and the US is the most important of the twenty-first century. Both parties have much to gain from cooperation; however, concomitantly, they have much to lose from an adversarial posture. Establishing a TCBM regime designed to foster comprehensive engagement across defense, economic, and social lines would build upon the current work. Pulling together the plethora of dialogue venues and other mechanisms in place and, while maintaining many of those opportunities, focusing on the three aforementioned deliverables can begin to transition the relationship. With success in these venues, Beijing and Washington can tout tangible progress toward improving their partnership dynamics while not requiring a cumbersome political commitment which either or both nations might find unacceptable.